Should You 'Write the Book' on Your Business?

By Randy Myers August 22, 2012
This story originally appeared on Business on Main 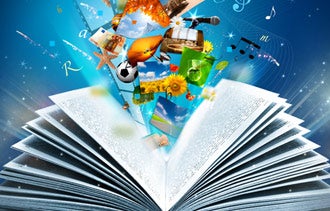 Catrise Austin was already a successful celebrity dentist in 2009 when she published her first book, 5 Steps to the Hollywood A-List Smile: How the Stars Get That Perfect Smile and How You Can Too! Then her New York City-based practice really took off, thanks to the national media exposure her book started to bring her way, including spots on the Today show and Good Morning America.

“I would estimate my business has increased 30 to 40 percent as a result of the book,” Austin says. “People trust and support people who appear in the media or are published. I get to reach audiences I never would have had access to without the opportunities this book has given me.”

Entrepreneurs have been publishing books to burnish their credentials and attract attention to their business ventures for a long time, but now it’s a little easier thanks to the debut of print-on-demand publishing and other technological advancements. With a computer and the right software, almost anyone with good ideas, a way with words -- or the money to hire a ghostwriter -- can be an author.

“I’ll never become a New York Times best-selling author,” says Austin, who estimates that she’s sold or given away about 3,500 copies of her book, with virtually all of the sales made through online vendors or at speaking engagements. “And I certainly haven’t made a ton of profit from my book. But it has given me a platform that has led to other benefits, like national media exposure and paid speaking engagements.”

Austin says the book even helped her land a role in a toothpaste commercial in 2011, and a side job as a brand ambassador for a line of well-known teeth whitening products.

Fred Zeglin, a custom rifle builder in Kalispell, Montana, also has reaped the rewards of writing his own book. In 2005 he published “Wildcat Cartridges, theReloader’s Handbook of Wildcat Cartridge Design.” Besides bringing in more work, he says, the book led to a call from an executive recruiter that led, in turn, to a job with a rifle barrel manufacturer. He left that post about 19 months later of his own accord, but acknowledges that he never would have had the opportunity without having published his book.

He’s also parlayed the experience into an instructional DVD and teaching gigs, published a second book, and begun work on a third. “I will continue to write,” he says, “partly because I enjoy the process but mainly because it’s good for business.”

If you think writing and publishing a book might be good for your business, here are some things to keep in mind:

“Writing the book” about your industry may not lead to big royalties and could cost you a fair chunk of change up front. But it also could lead to more riches for you and your business, both in the form of new customers and new opportunities to capitalize on your expertise.