The Secrets of Viral Videos 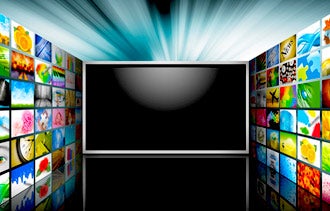 So you want to create a video that everyone'll talk about. You want it to be shared globally and earn views, retweets and "likes." In other words, you want it to go viral, like Dollar Shave Club's hilarious video, which earned the company a whopping 12,000 new customers in the first two days it hit the internet.

How do you make that happen? There is no surefire formula. You can't conjure up viral; you can't force it. But here's the thing: If you are looking to market your business, you don't necessarily need a viral hit--you just need to attract enough attention to draw customers. Here's how.

Focus on the story. Before trying to be clever, consider the message. Why are you producing the video? What problems does your company tackle, and in what unique ways does it do so?

"Most marketers have a tendency to focus on the product, but it's more interesting to talk about what problem your product can solve," says Tim Washer, who creates video for Cisco as senior manager of social media. Ideally, that problem is one shared by your prospects, so they'll recognize their pain in your video.

Dollar Shave Club's clip got attention because it was funny. But it earned buyers because at its heart was a real story: Razor blades are excessively complicated and expensive. ("Do you think your razor needs a vibrating handle, a flashlight, a back-scratcher and 10 blades?")

Of course, there are exceptions. Under Armour had a hilarious clip of Tom Brady being mocked by an employee at a Los Angeles Dick's Sporting Goods store--not because he's from the rival New England Patriots, but because of Boston accents. I found myself watching all three minutes of what was essentially a commercial.

Be unexpected. An element of surprise drives sharing and enhances your company's personality. In a video shoot for Golf Magazine, top instructor Charlie King filmed an off-the-cuff "tutorial," showing the proper way to angrily throw your club into the "watery grave." The clip was a hit on Golf.com, and it provided an "aha" moment for King, who realized that his dry humor could be a differentiator for the content he produces for the Reynolds Golf Academy in Greensboro, Ga.

If you need help in the creativity department, contact a local improvisational comedy theater to find an actor or writer who might conceive a fun video for a modest fee. "Give them a few parameters, ask them to keep it clean and politically correct, then see what they come up with," says Washer, who is trained in improv.

But unexpected doesn't have to mean hilarious--it might simply mean enjoyable. Tell an untold story, such as an innovative time in your industry's history or the "eureka" moment that inspired your business. Unexpected does mean avoiding boring talking heads and incorporating visually arresting images and footage that dramatizes a larger point.

Don't forget the basics. An effective video includes a few must-haves: a descriptive headline; keyword-optimized descriptions and tags; a call to action (what do you want people who view your video to do next?); and a promotion plan with posts that link to your video on relevant social networks. Make sure your clip is easy to share by hosting it on networks that offer social sharing (like YouTube or Vimeo), and make certain the embedding or sharing options are enabled.

If you have a mailing list, don't forget e-mail promotion, says Andrew Follett, founder of Oak Park, Ill.-based Demo Duck, which helps businesses create videos. Although you may not be able to easily embed video in your e-mail, he says, "you can include a video thumbnail that links directly to your video on your website, ideally on a custom landing page."

Get lucky. Sorry, but it's true: Luck is the real driver of online success. "Out of 10 videos, if one catches fire, I'm happy," Washer admits. So keep putting out great content, and who knows? You just may land on a happy accident.