By Susan Johnston February 11, 2013
Opinions expressed by Entrepreneur contributors are their own.

Facebook’s on-site dry cleaning and BBQ lunches are a pretty sweet deal, but they’re not the only game in town. Startups are joining the incentives giveaway to similarly boost their hiring and retention numbers among top tech talent.

When Los Angeles-based mobile-game maker Scopely needed to hire developers last year, co-founder and CEO Walter Driver tried the traditional headhunter route. But the candidates “didn’t have the same mindset or mentality as we had,” Driver says.

Instead, Scopely turned to social-media. Last summer, the game developer offered successful applicants or the people who referred them quirky incentives like $11,000 in cash wrapped in bacon, an oil portrait of themselves and a year’s supply of Dos Equis. Driver recently tweeted a new iPad offer to attract referrals for the position of executive assistant.

Driver says he and his team wanted incentives that would be entertaining enough for people to share on social media. “We’re looking for people that have a sense of humor about what they’re doing, but don’t take themselves too seriously and want to work with amazingly smart people,” says Driver. “It’s a mating call of sorts.”

Of the more than 1,200 applicants for developer jobs in response to the campaign, the company has made four hires and given out over $50,000 through the program to both new employees and those who referred them. If this sounds intriguing, the oil portrait campaign is still running, so it’s not too late to get yours.

Related: How to Hire the Right Employees for Your Startup

Scopely employees, for example, enjoy company outings like a paintball competition -- pitting the engineers against the product team. “We spend so much time recruiting the best talent, it would be foolish not to spend the time trying to make people feel like they belong in a family,” Driver says. 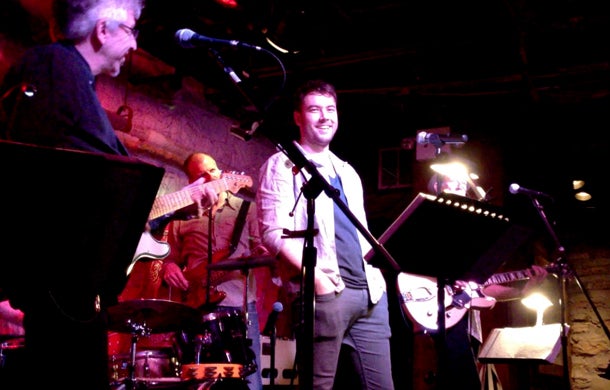 Frequent company events are part of the culture at New York City-based customer-relationship and loyalty platform CrowdTwist. “When you’re a company our size, you’re never gonna be able to offer as many amenities as they [companies like Facebook and Google] can,” says Irving Fain, CEO and co-founder of the 25-person company. “But we’re definitely believers that culture is incredibly important.”

CrowdTwist employees enjoy weekly events such as Jenga game nights, potluck BBQs, neon bowling featuring black lights and glowing pins, karaoke and an outing to Brooklyn Winery. Fain says these perks are more of a differentiator than a way to attract talent, though.

“I don’t think people are joining companies just for perks,” says Fain. “The perks become a part of it, but the opportunity to work with a smaller company building something is a fundamentally different experience.”

At ZocDoc, a New York-based website that helps people find a nearby doctor or dentist who takes their insurance plan, employees enjoy such perks as daily catered lunches. At first, the company used Seamless.com to place takeout orders and let employees pick whatever they wanted, but as ZocDoc grew to 350 employees, it switched to Seamless' catered lunches.

“We like eating together because it brings people together, and you get to find out other things going on in the business,” says Karsten Vagner, director of people.

The entire fourth floor of ZocDoc’s offices is a lunch room that was spray-painted by the employees. During the monthly Zunch, employees are assigned seats so they can mingle with different teams they might not interact with on a regular basis. A weekly event called Monster Show and Tell offers employees a chance to share their personal talents.

“It’s often hilarious,” says Vagner, adding that the signup sheet for Show and Tell is typically filled several months in advance. “I had no idea that we have motorcycle racers or professional gymnasts or opera singers.”

In addition to lunches, ZocDoc offers unlimited vacation days and covers 100 percent of health-insurance premiums for employees and their families. “I think that the benefits are definitely something that is appealing about working at ZocDoc but the number one thing is our mission to improve healthcare across the United States,” Vagner says. “That helps us attract the people that want to do that.”

What startup perks have you had the most luck with? Let us know in the comments section below.