By Diana Ransom April 8, 2013
Opinions expressed by Entrepreneur contributors are their own.

Twitter recently celebrated its seventh birthday. And in honor of the brevity-encouraging social-media platform’s effect on entrepreneurs the world over, who better to spotlight than Twitter’s co-founder Jack Dorsey.

Dorsey recently spoke before an auditorium full of aspiring entrepreneurs at New York University, where the now 36-year-old entrepreneur is quick to point out he attended but failed to complete a degree in computer science. Prior to taking the stage at the university’s second annual Entrepreneurs Festival, Dorsey -- who is also the founder and CEO of payment-card app Square -- sat down with YoungEntrepreneur.com for an exclusive interview.

Here’s what the founder had to say about young entrepreneurs and which industries are ripe for disrupting: 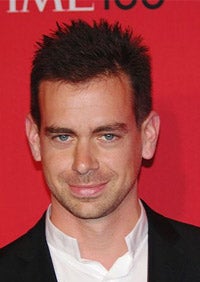 Q: Besides NYU, you’ve been traveling to college campuses across the U.S. Why?
A: One of the organizations I work with is called Build, which uses the tools of entrepreneurship to help kids gain confidence to stay in school, go to college and potentially start businesses as well. To me it’s not about necessarily building businesses, but actually having the confidence to have an idea and do whatever it takes to enable other people to see it.

Q: How do you help them?
A: For all the students I talk to, it’s really about being able to take the first step. That’s the most challenging thing. You have an idea and it’s easy to keep in your head and argue with yourself about why you can’t do it. But if you take that first step -- write it down show people, code it, paint it or whatever you medium is -- and actually have a conversation about it there’s a much more likely chance of success.

Q: Who did you look to for advice in college?
A: I usually looked outside of school for advice. My parents are both entrepreneurs and my grandmother started her own store. So it’s always been present. But mainly, I found what I wanted to work on, and then I found the people that I thought could teach me the most. When I got into dispatch (or courier services) at a young age, I found the biggest dispatch firm in the world. Then I reached out to the founder and chairman of the firm, Greg Kidd. And we just became friends. He went on to become an advisor and investor in Twitter, and he’s an advisor to Square today.

Related: Stop Searching for ‘The Next Big Thing:’ Tips for Building the Best Business for You

Q: If the common philosophy among entrepreneurs is to solve problems, where did Twitter come from?
A: I don’t know if it’s necessarily to solve problems. If you have an idea for something that you think should be in the world then you make it and it may not necessarily solve someone’s problem it may only solve your problem. Or your desire. So I believe fundamentally in being selfish in that way. I want to see something in the world and if I can attract other people to see the same thing, then eventually we’re building a team and potentially a company around it. We didn’t have to solve a problem, just a desire.

Q: You went from communications to commerce, what’s the next industry you have your eye on and why?
A: As we age we consider our health more. To me it’s the most precious thing we have but it’s the thing we understand the least. I just met with a Cleveland clinic recently. They do 20 open-heart surgeries a day, and I got a chance to see one of them. The hospital was just amazing in terms of its focus on the patient and it’s efficiency. You walk around the hospital, and it’s like walking around Google. It’s light, airy, inspiring. You don’t feel like everyone in there is having the worst day of their lives even though they probably are. That’s the industry that requires the next revolution.

Related: Why Giant VCs Are Putting Trust -- and $1 Million -- into Cory Levy’s One

Q: What’s your best advice for young entrepreneurs?
A: When I speak to students, I look for the question behind the question. How do I meet VCs? How do I get money? How do I get people on my project? But then I ask them, ‘have you actually started work on it?’ They say ‘no’ because they don’t have all these other things. But if you keep it in your head, and you don’t get it out there then you’re going to have a million excuses for why you can’t do it.

We operate as a company around the principle of ‘show don’t tell.’ I could say that we’re building this thing that does microblogs and is constrained oddly by 140 characters and allows you to send updates through your phone. And people are like, who would use that? You show it, and then you show when an earthquake happens and people just spring up and they get it right away.