Unreasonable at Sea: Entrepreneurs Dock at the State Department

By Kristin Luna May 2, 2013
Opinions expressed by Entrepreneur contributors are their own.

After four months of sailing on the high seas and forming partnerships in countries from Myanmar to Ghana, the 11 companies that participated in Unreasonable at Sea have docked. And while they're finally getting their land legs back, these intrepid entrepreneurs aren't slowing down.

The Unreasonable at Sea entrepreneurs and their super-star mentors -- which at sea ranged from the Archbishop Desmond Tutu to Matt Mullenweg, the founder of WordPress -- met in Washington, D.C. today and yesterday for an event dubbed Unreasonable at State. With hosts that include the Unreasonable Group, the White House, the U.S. Department of State, the Institute of Design at Stanford and the Aspen Institute, the plan is to debrief the sea-faring entrepreneurs and examine how entrepreneurship and design-thinking can be leveraged to solve pressing global challenges.

Related: Entrepreneurs Take on the World -- By Cruise Ship

Additionally, the goal is to help the Unreasonable treps find funding. At today's event around 150 venture funds, foundations, philanthropists, angels and banks are expected to attend the event. "The whole goal is to ignite the flow of capital into these companies," says Unreasonable at Sea founder, Daniel Epstein. 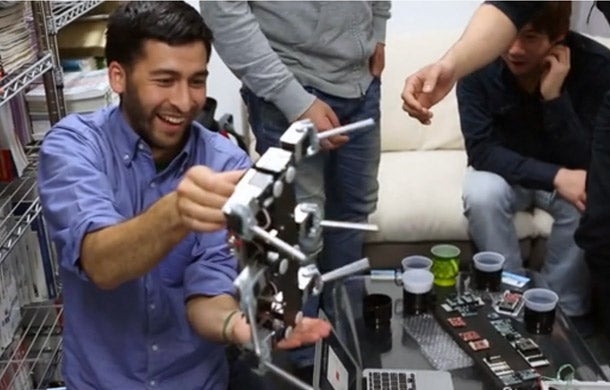 Cesar Harada of Protei says that after the months-long voyage he plans to relocate his company's operations to Hong Kong to be closer to areas where his environmental-cleanup drone can do the most good.

Some companies will be seeking investors, while others have a different objective altogether. Protei, the environmental-cleanup drone maker, which we followed for YoungEntrepreneur.com's Unreasonable at Sea series, for example, has enough of a budget to manufacture a first round of robots. So, instead of landing funds, CEO Cesar Harada says he plans to focus on philanthropy, sponsors, partners and clients.

"They have a brilliant technology. They are one of the smartest teams I've seen in my life," says Epstein. "But they didn't have a business model behind it. Now they do and can take that to scale."

For its part, Protei will relocate its headquarters to Hong Kong, a decision made during the voyage by Protei's founder and CEO Cesar Harada, who believes the city's seaside locale and reputation as a center for global commerce is key to the company's evolution. "The ocean is Protei's market, and there are so many challenges and opportunities -- from plastic debris cleaning, to radioactivity sensing, detection of oil spill, climate research and more."

Related: Unreasonable at Sea: An Update From Cesar Harada of Protei 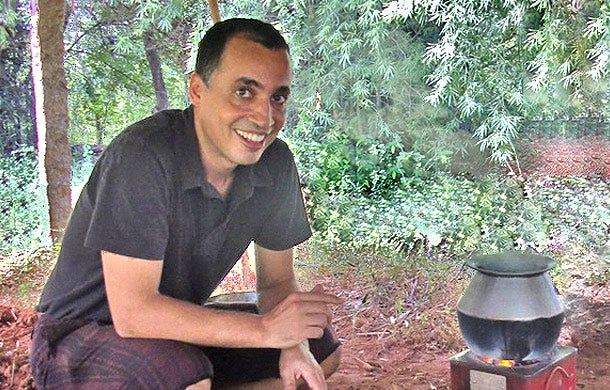 Prakti Design‘s founder Mouhsine Serrar says the best part of his Unreasonable at Sea experience was the chance to build his network and bond with other social entrepreneurs.

Similarly, Mouhsine Serrar of Prakti Designs (another young trep we followed over the past four months) found his experiences along the Unreasonable at Sea route business altering. The cook-stoves maker plans to move forward with its current distribution efforts in India, Haiti and Nepal, as well as support new partnerships in the Congo and Bangladesh, all the while continuing research and development on the next generation of stoves.

Still, adds Serrar, the greater take-away from the voyage was the opportunity to build a vibrant community with an impactful group of social entrepreneurs, staff and mentors. "Learning and practicing best innovation and design process techniques is a great asset," he says.

Indeed, "it was a radical experiment," says George Kembel, the co-founder of Institute of Design at Stanford (known as "the d.school") who co-taught a Sustainable Global Entrepreneurship class with Epstein to the entrepreneurs and 100 Semester at Sea students. "I think we have the ability to install a different point of view, to shift the way people think," Kembel says.

The State Department is hoping to pick up a few pointers from the program too. According to Kembel, the diplomacy-focused department has an entrepreneurship initiative it hopes to launch imminently.

"We have this hunger for innovation," says Kembel. "What's the next big idea that's going to save our company or the country or education?"

What impact do you think traveling around the world could have on your startup? Let us know with a comment.