How Taking Time Off Can Help You Get Ahead

By Bob Sullivan August 30, 2014
This story originally appeared on CNBC

As summer comes to a close, many Americans find themselves lamenting the vacations they didn't take.

Whether it's due to stress over the work that will pile up while they're gone, or concerns that their employer will realize that the company can get by without them, the U.S. Travel Association said last week that 40 percent of Americans don't use all of their vacation days.

But what if taking time off actually helped you get ahead at work? 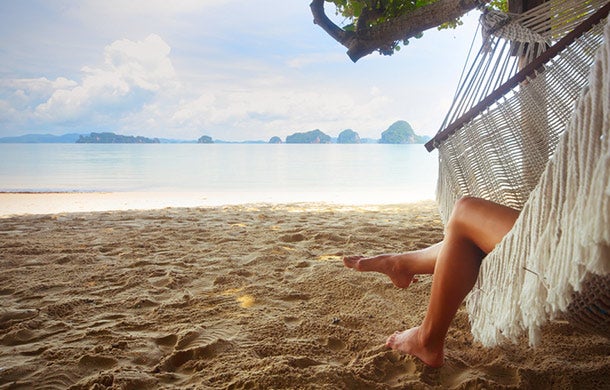 According to internal research by audit firm EY (formerly Ernst & Young), employees who use more vacation days end up with better performance reviews.

"In the U.S. and Canada ... for each 10 vacation hours a person took, we found on average that performance reviews were 8 percent higher," said Maryella Gockel, flexibility strategy leader at EY.

Read More: Is going on vacation becoming too much work?

Anne Weisberg, senior vice president at the Families and Work Institute, a nonprofit that examines the "work-life fit," said that while people know there is a correlation between taking time off and better work performance, there is little research into the connection.

Read More: Tips for vacationing on a budget

"We all know this intuitively, that we are not performing at our best when exhausted," she said. "Taking a break can bring you back and increase your performance. People on some level understand that. The question is what is the tone being set by the team leader?"

Although it can be difficult to measure the correlation between taking time off and performance, Ken Matos, senior director of research at the Families and Work Institute, cited some findings that parallel the results discovered by EY.

A study published in 2001 by Psychology & Health found that among blue-collar workers at an industrial plant in Israel, levels of absenteeism in workers fell for four weeks following a vacation.

"From a practical standpoint, absenteeism represents a significant cost and source of disruption to the organization," the report concluded. "To decrease absenteeism, the organization should try to regulate vacations according to stressful periods."

Gockel, a 34-year EY veteran who describes herself as "a recovering accountant," and who knows the pressures of high-performance environments where employee time is billed by the hour, said she thinks the spread of always-on technologies has made it more challenging to make good decisions about work and time off.

"[Technology] enables us to do crazy things we weren't able to do 20 years ago," she said. "We have to figure out ways to manage this new way of working."

EY attempts to combat this always-on culture by sending messages encouraging vacations, and operating a resource center that helps people think about what vacations they can take, and how to find good travel deals.

The firm also encourages a culture of delegation, which has another positive effect for workers and the firm.

"When you delegate to others, other people grow while you are gone," Gockel said. "Vacations can be a very important opportunity for others on the team."

Having Fun Will Make You More Productive in 2022. Are You Ready to Play?

7 Tips to Avoid Burnout When Growing a Business