For U.S. Businesses, Selling on Alibaba Has Its Advantages

By Kate Rogers September 17, 2014
This story originally appeared on CNBC

When the Alibaba Group Holding prices its initial public offering Thursday, small businesses in particular will be watching. Founder Jack Ma—the former English-teacher-turned-dot-com billionaire—has touted his ecommerce platform as a way for smaller merchants to expand their international footprint, including access to consumers in China.

In its Sept. 5 filing with the Securities and Exchange Commission, Alibaba said it "fights for the little guy." But will Alibaba really champion Main Street in a crowded online marketplace? 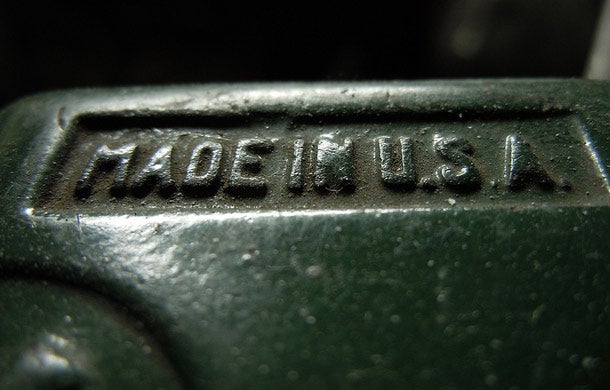 "Our proposition is simple: we want to help small businesses grow by solving their problems through Internet technology," Ma wrote in the filing.

So CNBC canvassed a few small merchants, who already have waded into Alibaba.com. Their experiences, for the most part, were positive, according to the select group of small business owners.

"The majority of our products are made in China, but simply being in the U.S. has helped us stand out."-Marc Joseph, founder of Dollar Days International

And in a twist on domestic manufacturing, products that are "Made in USA"—or even China-made goods sold through an American-based company—can get traction and differentiate themselves among a crowded slate of online sellers.

"The majority of our products are made in China, but simply being in the U.S. has helped us stand out," said Marc Joseph, founder of Dollar Days International, a Scottsdale, Arizona-based business-to-business site that sells more than 300,000 products—from apparel to cleaning supplies—in the U.S. and 44 other countries.

In the end though, small businesses may have to play nice with the giant ecommerce portal, whether they like it or not. Alibaba is China's largest Internet retailer, with online merchandise volumes that lag only Wal-Mart worldwide.

Alibaba does not break down how many businesses it partners with in the U.S. But the company does report giving Chinese consumers access to millions of global merchants through a constellation of portals that essentially serve as digital, global storefronts or marketplaces.

In the SEC filing, Ma wrote that "international brands that set up storefronts on Tmall Global benefit from the exposure to the hundreds of millions of visitors on Taobao Marketplace and Tmall, enabling them to establish their brand awareness in China, without the need for a physical presence in China."

An American advantage on Alibaba

Some U.S.-based small businesses already have found success selling to other businesses on Alibaba.com.

Absonutrix, a Greensboro, North Carolina-based nutritional supplement company, has been working with Alibaba for three years. While Chinese competitors have similar products listed for one-tenth the price of their supplements, being based in America and offering "Made in USA" supplements have helped their brand stand out on Alibaba.

"We will quote our products one time, and there will be nine Chinese (price) quotations at the same time, but people prefer purchasing ingestible products from the U.S.," said Absonutrix's senior sales manager Adam Thomas.

The 10-employee Absonutrix will hit the multimillion-dollar mark in business sales this year. Thomas declined to detail what percentage of his sales comes from Alibaba.

"We have had some large partners materialize from Alibaba—the ones I have dealt with are sitting around the half-million mark," Thomas said. "But the biggest value is in penetrating new markets. Our company becomes more well-known."

If a U.S. company is selling something that international consumers don't readily have access to, that American company naturally will stand out among international competitors, said Kelland Willis, associate analyst at tech research firm Forrester.

"T-shirts, you can purchase in China. But nutritional product demand, for example, is so high right now, so it will naturally generate a lot of interest from customers in China," Willis said. "If you have a niche product that there is demand for in the market like formula, toothpaste, laundry detergent—consumers will go crazy for it."

In 2013, Chinese consumers snatched up infant milk powder outside of China.

Read More: Why the 'Made in China' model is weakening

And in some cases, just being an American company can help an entrepreneur stand out.

Dollar Days' Joseph has seen business grow through Alibaba sales for the past four years. Dollar Days boasts some 3.5 million registered users and attracts 1,400 new customers daily globally, with about 100 coming from Alibaba. "With Alibaba being so strong as they are in the Far East, that has helped awareness to small businesses that may be made in, or from, China," Joseph said.

Betty Mills, a San Mateo, California-based business-to-business ecommerce company, has also found success on Alibaba. Mills has been selling everything from uniforms to health and wellness products for the past six years.

Alibaba has helped Betty Mills grow total annual revenue to about $15 million. Exposure on the site has boosted business leads both domestically and abroad. And like the supplement maker Absonutrix, Betty Millshas raised its profile for uniforms and health-related products by just being based in the U.S., which has some cache on Alibaba, Hanna said.

"The amount of leads we get from Alibaba each month is in the thousands," Hanna said. "We are very happy with the relationship and excited about the future."

Can you trust Alibaba?

Not every entrepreneur has had a smooth experience on Alibaba.

Take Wil Willis, a Lancaster County, Pennsylvania-based start-up entrepreneur who designs for Confrontational Clothing. His 12-employee company manufactures and distributes graphic T-shirts that are popular among mixed martial arts fighters. With the brand relatively new—the start-up is 4 years old—Willis decided to give Alibaba a try. 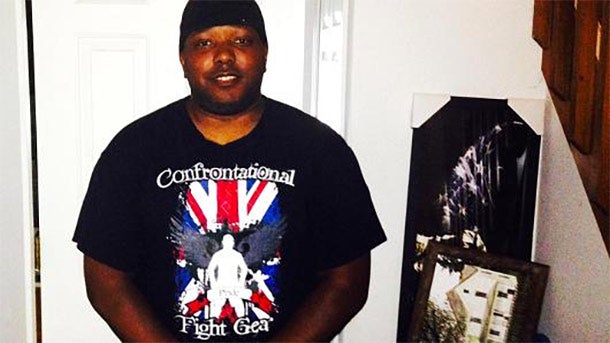 Sure Willis attracted international business-to-business clients. There was just one problem. Most of the potential clients weren't real. Willis would attempt to charge the credit card numbers he was given but couldn't complete the transactions, a sign of false accounts.

"The majority of inquiries I received were scams," Willis said. "I would get emails from Algeria, Dubai and more that would say they were looking to buy our clothing in bulk. One guy wanted 250,000 T-shirts and was ready to give me his credit card info right there—it was clear the transactions would be fraud."

Willis says Alibaba was not good at catching scammers, despite several complaints he brought to the company's attention. Alibaba declined to comment on its fraud protection policies. However, in its SEC filing, the company said "as of March 31,2014, [Alibaba] … had a dedicated in-house team of over 2,000 customer service representatives focused on serving consumers and businesses on our marketplaces through telephone hotlines, real-time instant messaging and online inquiry systems."

And while he did receive several inquiries from China, Willis says potential clients requested his company use outside firms to manufacture his shirts. Willis wasn't open to that idea since he's a U.S.-based manufacturer.

His one-year deal is nearly up with Alibaba, and he won't be re-signing, he said. "I am really unhappy with the year I've had with them," Willis said. "I'm not bashing them, but I won't be renewing the deal."

Absonutrix' Thomas said while he has received a few phishing emails via Alibaba, he has faith that once trading begins, deals will flow to his business.

"I think there will be a lot more comfort in the American market, and that [selling on Alibaba] will be more accepted," Thomas said.

Hanna agrees, and says once Betty Mills moves into private-label products, it will be primed for even more international growth. "When that time comes, we will be looking to ship internationally, and I don't have any other way to get the exposure that I get today from Alibaba," Hanna said. "The additional exposure we will get from the IPO will increase our U.S. registration base significantly."

Kate Rogers is a reporter at CNBC.