4 Examples of Risks Leading to Reward

This story appears in the March 2015 issue of Start Up. Subscribe »

Ryan Carson had spent enough time working for “the man” to know that as an employer, he didn’t want to become the man: the soul-crushing boss employees love to hate. So in launching his Portland, Ore.-based online coding school Treehouse in 2010, he decided to try something different: a four-day, 32-hour workweek.

The reaction from the MBA types who had Carson’s ear was a chorus of “You’re nuts!”

But Carson’s approach, as unconventional as it may have seemed, had a near-immediate positive impact on his company’s recruiting efforts. He felt vindicated—and inspired to stay the course.

The shorter workweek allowed Treehouse to compete for talent against companies with deeper pockets, and the business has prospered as a result. “We’ve done some things that you might call unorthodox,” Carson says. “The confidence to make these decisions really is just believing something is a good idea and making it happen. It was scary to hear smart people tell me it wouldn’t work, but I don’t care if others aren’t doing it or don’t think it can work. If I have reason to believe it will work, I’m going to try it.”

It’s in an entrepreneur’s DNA to make moves that fly in the face of convention. That said, the most effective ideas aren’t just pulled out of thin air—they tend to be grounded in solid strategic reasoning.

“For every wacky idea that is successful, there’s a wacky idea that’s not successful,” says George Deeb, managing partner at Chicago-based consulting firm Red Rocket Ventures. “As a startup, you want to constantly be tinkering with stuff and looking for ways to innovate. But you also have to balance the maverick with logical business skills.”

Here’s a look at how a handful of creative entrepreneurs converted their unorthodox ideas into brilliant tactical maneuvers, even in the earliest, most vulnerable stages of launch. 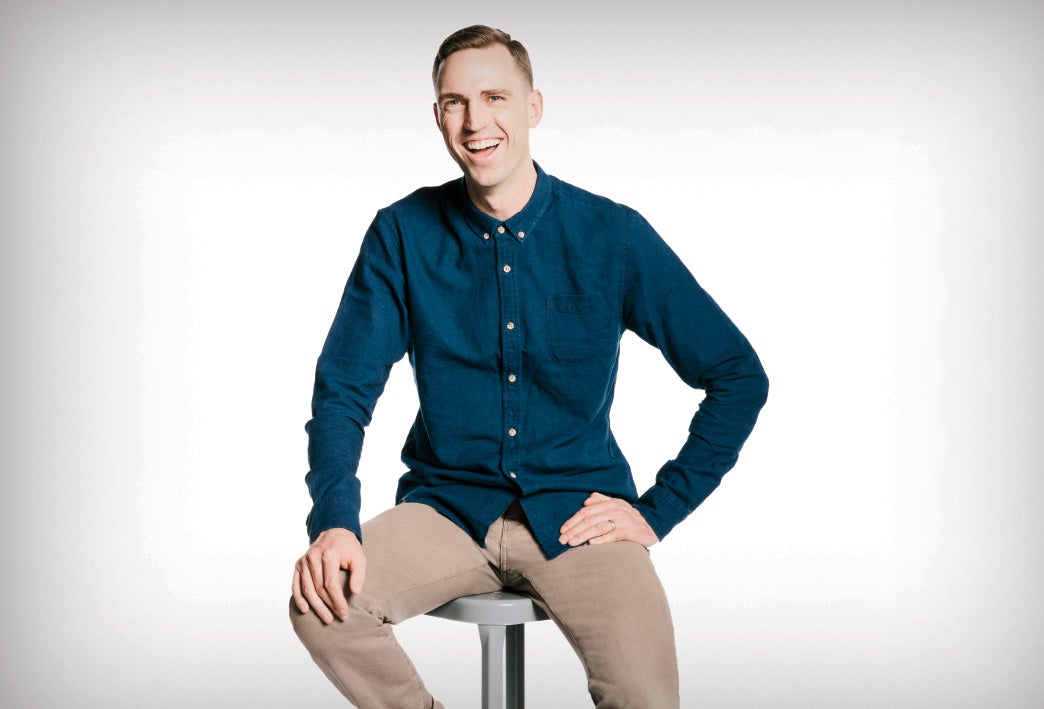 As CEO of Treehouse, Carson implemented a shorter workweek to attract the best employees to his new firm. He also believed the truncated time allotment would “help people work more efficiently.”

That was a success, but two years and 50 employees later, Carson started to hear grumblings about managers. It was “the usual political BS and behavior that a normal management structure tends to engender.” So, in an effort to improve morale, he did away with manager titles altogether.

Soon thereafter, Carson torpedoed Treehouse’s internal email system, which he viewed as inefficient, replacing it with a social platform where communications are posted for on-demand access.

The results: With the shorter workweek, “we snap our fingers and get the very best people—people who choose to work for us over Google and Facebook,” Carson says. What’s more, employee turnover after almost four years is nearly zero. (The staff now numbers 80.)

Dropping email in favor of a proprietary internal system called Canopy, where comments and information are posted, tagged for relevance and accessible on an as-needed basis, has “changed everything,” Carson says. “It’s extremely efficient and fun to use, and it allows people to deal with [internal] communications on their own terms.”

Meanwhile, ridding the company of its managerial layer has fostered “trust-driven loyalty, efficiency and hard work,” he says. “Anyone can propose a project, then lead it. I think that allows us to be more nimble. We all have the freedom to propose ideas, then see them actually happen, without idiotic managers micromanaging you. When you give employees more power, you increase happiness and you increase results.”

It’s hard to argue with revenue of $13.5 million in 2014 and projections to double that figure this year. 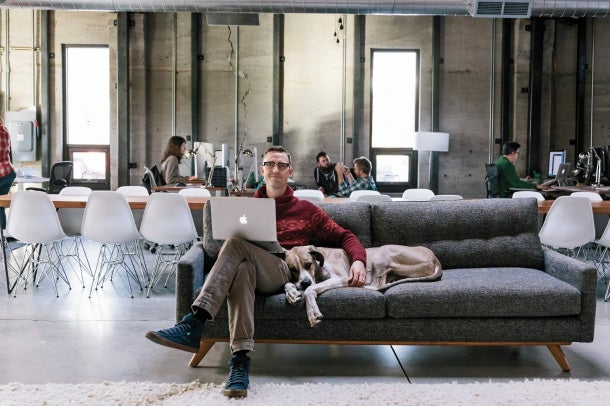 All work and no play? Not at Treehouse.
Image Credit: Andrea Bakacs

Get them to work for free

When Marco Hansell launched Speakr (originally called twtMob) in 2010, he had a clear business concept: a venture that would coordinate influencer-based social media campaigns via Twitter for Fortune 500 brands. He was also clear about the kinds of programmers, developers, designers and copywriters he needed to help launch it.

“I knew I wouldn’t have the money to pay them, so I needed to figure out how to make it beneficial to them without costing me a lot,” explains Hansell, who serves as CEO of the Los Angeles-based company. “It came down to me selling them on a story and a vision they could believe in.”

Hansell doled out IOUs to the six contractors who did eventually buy into his vision. Each signed a convertible note agreement, whereby the moment the company saw sales of $250,000 or attracted its first $1 million in venture capital, they could either take their full salary for their work up to that point, in cash, or opt for an equity share in the company commensurate to their back salary, plus 20 percent.

“We structured it so there was a little risk on both sides,” Hansell says. “They knew we weren’t just using them to make a quick buck, that we’d be making a shared sacrifice. That’s how we got buy-in.”

The results: Within a year of launch, twtMob hit the $250,000 revenue trigger; within 18 months it had generated close to $2 million in sales.

“Being resource-constrained made us very grounded, very resourceful and very smart about our decisions,” Hansell says. “We did a smaller number of things at a really high quality.”

That approach has paid off for all involved. Last fall, Speakr landed a second round of VC funding, while the contractors who opted for an equity stake over cash now “own a pretty sizable percentage of the company relative to the amount of work they did” early on. 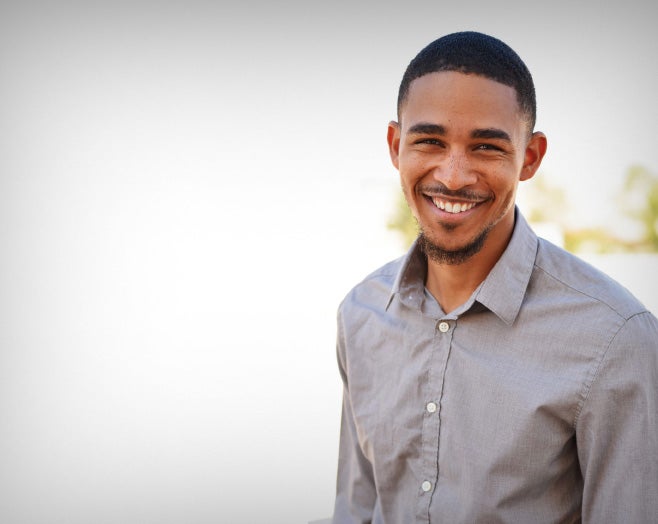 When Jayna Cooke was brought in last year to fix the business model behind Chicago-based Eventup, an online marketplace that matches event planners with venues, she knew the product had flaws. But rather than first trying to fix them, she hired a salesperson to try to sell what she knew was damaged goods. Given Cooke’s background as vice president of business development at Groupon, she was convinced the right move was to get the salesperson to collect feedback from the market that they could use to fix Eventup’s operations.

For Cooke, it was a matter of “being agile, of figuring out where we needed to go from there without being rigid and stuck in our old ways, because being rigid leads to problems.”

The results: Using intel gathered from hundreds of calls she and her salesperson made over a few weeks, Cooke did eventually figure out what Eventup needed to do to save itself from shutting down. She proceeded to simplify the fee structure and streamline operations through a new customer relationship management tool for venues to track leads.

“We learned exactly what our customers would pay for if we offered it,” she says.

By the end of the first fiscal year, revenue reached seven figures. Up next: a push to raise capital to fund further expansion. 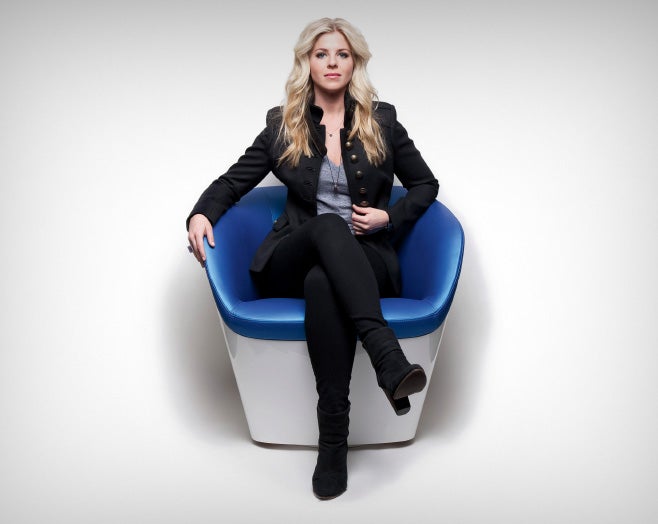 Industry colleagues questioned the mental state of food importer Craig Lieberman when he showed up at a major trade show in 2008 with a single line of specialty deli crackers instead of the 60-odd Australian foods he typically represented.

“People were approaching me, asking me if I was OK,” he says.

Earlier that year Lieberman had taken more than $500,000 cobbled together from friends and family and turned his import business into 34 Degrees, a domestic manufacturer of just one product: a wafer-thin, Australian-style cracker. The bold move required buying expensive commercial ovens from Germany and installing them in a new facility he’d opened in Denver.

“It was an educated gamble that I took because the type of crackers we wanted to make were already selling really well [in the U.S.],” he says, “but the cost of entry to make anything like them was so high that I believed it would keep out a lot of competition.”

The results: Within 12 months, Lieberman was filling repeat orders for Whole Foods and Costco. “We got the model right,” he says. “To triple our business in that first year and become really profitable almost instantaneously—that validated the decision.”

Six years on, with annual revenue expected to approach $10 million, 34 Degrees distributes its crackers to grocers in all 50 states and Canada, and is about to invest in two more German ovens to keep pace with demand. 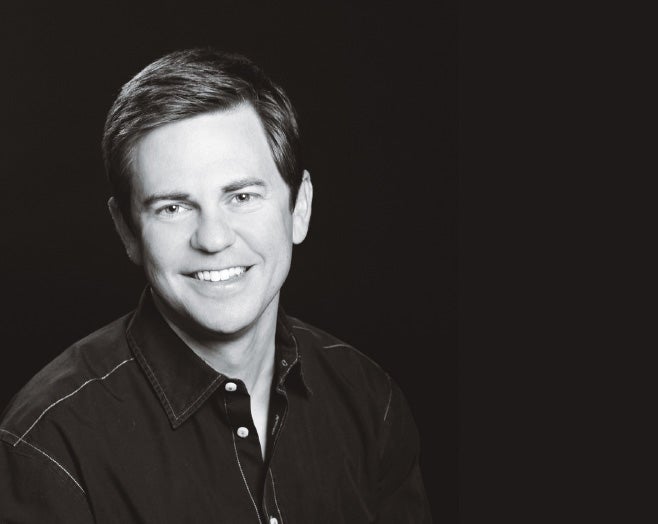 Taking risks is what every entrepreneur does in the hope that a maverick idea pays off. But sometimes those bets fail spectacularly, unleashing a torrent of “I told you so’s.”

Don’t go too big too soon
It didn’t take long for Wonder, a children’s retail megastore in Deerfield, Ill., to prove too big for its britches. Launched by Shane Christensen, head of a well-established investor group with money to spend, Wonder aimed to become a destination store for all things kid-related.

Christensen planned to open 19 more locations around the country within five years. But less than four months after opening its flagship store in October 2011, the company couldn’t pay the bills to stock the massive 135,000-square-foot space and had to close the doors.

Big ambitions are admirable. But going so big right out of the gate was a mistake. “I knew they were headed off the cliff before they even launched,” says Chicago-based startup consultant George Deeb.

Know who you’re working with
Outbox, two Harvard Business School grads’ populist attempt to bring snail mail into the digital age, was courageous and well-funded. The idea was to manage people’s physical mailboxes by unsubscribing them from junk mail, and scanning their letters and bills to convert them to email correspondence.

Too bad founders Evan Baehr and Will Davis overlooked the fact that the U.S. Postal Service had no interest in technology that would reduce the volume of mail going to people’s homes. Postmaster General Patrick Donahoe shut down the operation in 2012, reportedly telling Baehr and Davis that the USPS’s true customers aren’t consumers, but the hundreds of volume mailers who expect their junk mail to end up in millions of Americans’ homes.

Learn your lesson
Not once, but twice, Rob Biederman and Patrick Petitti, founders of Boston-based HourlyNerd, an online marketplace that provides businesses with consulting support, attempted to play the labor arbitrage game by turning to cheap overseas web developers to build their website. And not once, but twice, the two found themselves with a horrible end product and very little cash left to undo the damage.

Fortunately, their story doesn’t end with those near-fatal missteps. HourlyNerd forged ahead, and Biederman and Petitti became evangelists for spending money on the best developers and technology a startup can afford from day one.

Why This Founder Asked Her Biggest Competitor for Help

Dealing With Rejection? Remember That Tenacity Can Help You Go Far.