By Grace Reader July 20, 2016
Opinions expressed by Entrepreneur contributors are their own.

You have likely heard about all of the trouble that Pokémon Go has caused since its release on July 6 -- but this incident takes the cake.

Related: The 5 Most Ridiculous Pokémon Go Stories of the Week

#PokemonGO is not all fun and games. Here is a video of a distracted driver who struck one of our cars. #PlaySafe pic.twitter.com/kOTfbTcILo

The man is seen getting out of the car saying, “That’s what I get for playing this dumb ass game.”

And he’s right, it’s pretty bad, but he apparently isn’t the only one who’s been playing the augmented reality game behind the wheel. Transportation departments around the country are warning people that playing Pokémon Go while driving is dangerous.

Don't #PokemonGO and drive. That's the message from the @MDXway on the 836 heading westbound in Miami. pic.twitter.com/AMwDoHtlvS

Police departments are also getting on board, noting the dangers of playing in the driver’s seat.

What do you get when you mix driving & Pokémon Go? $325 and 4 Demerit Points. Police detect 2 drivers in 1 hour. pic.twitter.com/PaIwIRVCa5

Enjoy #PokemonGo, but please be aware of your surroundings and don't play it while driving. https://t.co/rb4ZQmmkOG via @latimes 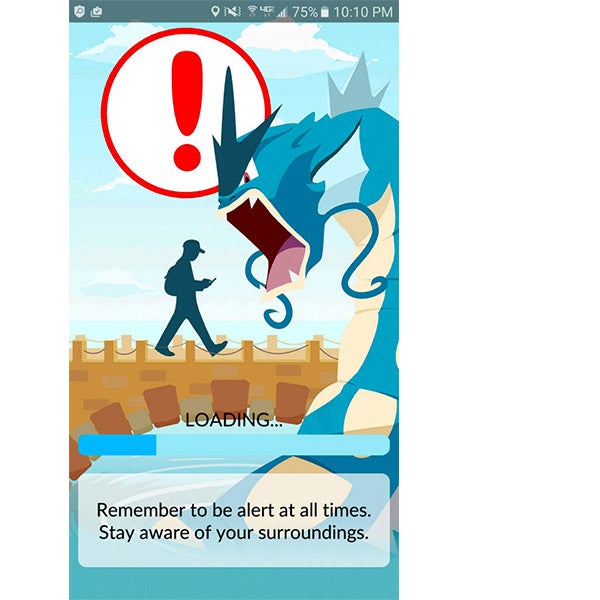 If you absolutely must play Pokémon Go in the car, actor Daniel Franzese has a solution:

Omg! You can't #PokemonGO and drive but you can in your @lyft I just caught Pikachu in the Valley. God is real!!! pic.twitter.com/JQF8gaVv0F

Pokémon Go Fest Was a Disaster

Quantum Computing Threatens Everything — Could it be Worse Than the Apocalypse?

5 Corporate Giants Likely to Gain From Q4 Earnings Next Week