The 5 Most Ridiculous Pokémon Go Stories of the Week

By Jason Fell
July 14, 2016
Opinions expressed by Entrepreneur contributors are their own.

I can say with more than relative certainty that the Pokémon Go game craze is in full swing. I can't walk down a street in New York City without some completely engrossed gamer bumping into me, eyes glued to the furry creatures on their smartphone.

But it's bigger than Manhattan. The craze is real, folks, and it's spreading around the globe (like a virus). Here are five of the most ridiculous stories we've heard about people playing Pokémon Go just this week:

(I honestly don't know if police in Toronto or Timbuktu have actually issued any such warnings, but you get the idea.)

One New York City man is regretting his choices right now. Two of them, at least.

Evan Scribner told the New York Post that his girlfriend discovered he was cheating on her thanks to the game's geolocation feature. Apparently she turned on the game and noticed that Scribner had caught a Pokémon while at his ex-girlfriend's house.

You might have heard of selfies at funerals. Now we have Pokémon Go at funerals. The world gets better and better every day.

Which is worse, a Pokemon being at a funeral home mid-wake, or me knowing that he's there? pic.twitter.com/vLE5oKa3Vd

And another from last week:

(Because why be morbid once when you can be twice...)

4. The birth of a new industry!

A number of people apparently took to Craigslist this week to offer their, ahem, professional services in tracking and capturing Pokémon. One New York City enthusiast who offered her services quickly removed the post. Turns out, official Pokémon Go rules state that you are only permitted to play on your own account. 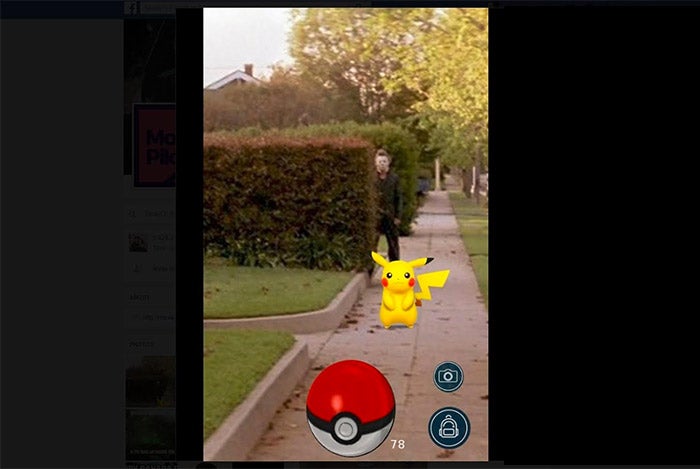