By Samiksha Jain August 8, 2016
Opinions expressed by Entrepreneur contributors are their own.
You're reading Entrepreneur India, an international franchise of Entrepreneur Media.

We all are well-versed with the deficiencies in the educational system prevalent in our country, and Abhishek Chakraborty was never different. It first happened when Chakraborty paid an unwarranted visit at his sister’s place. Chakraborty niece was in the 8th standard and was a good student, but when he, out of mere jocularity, posed a simple mathematical question that needed no more than the basic understanding of the BODMAS rule, she failed to intercept the same. 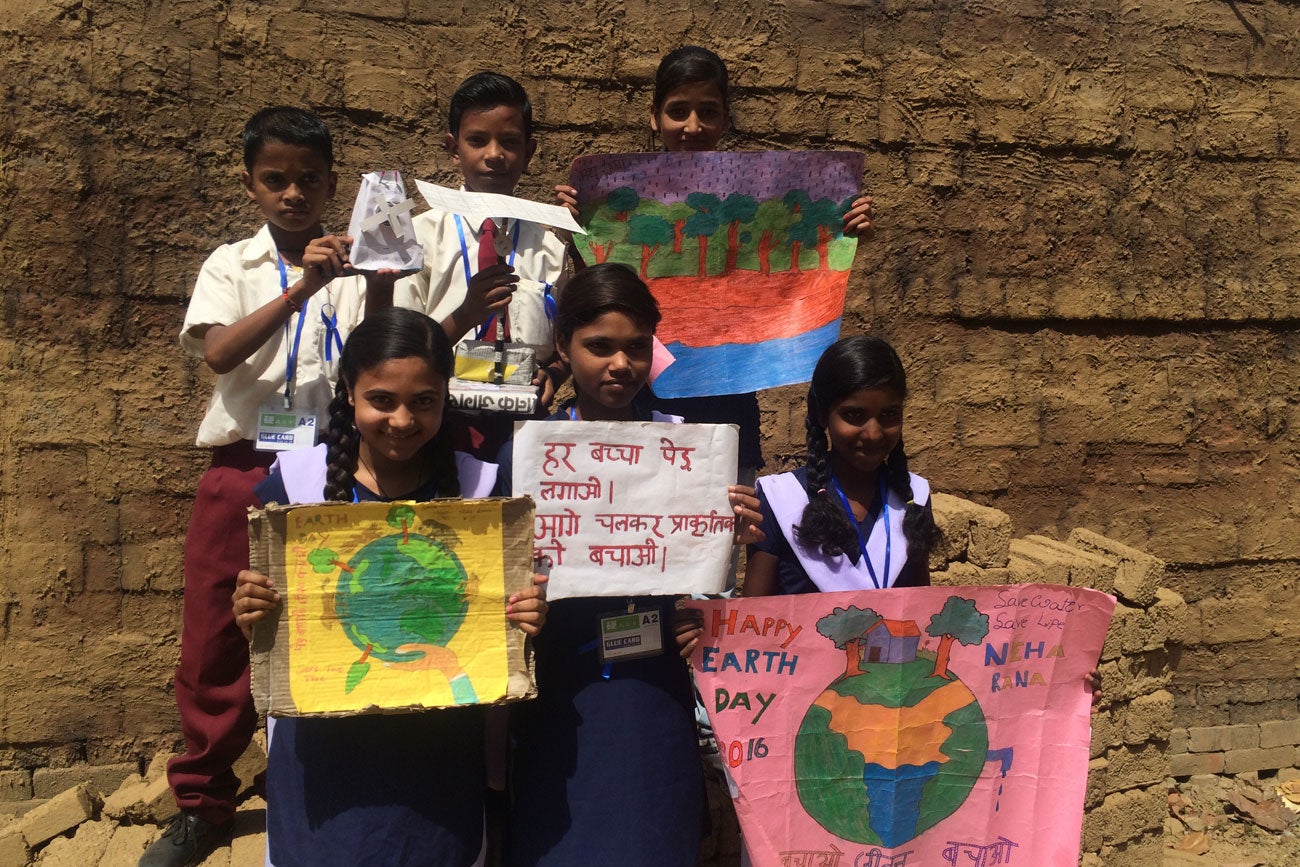 Instantly, he realised that reformation could only be brought about at the very grassroots, by overhauling the procedure of educating and learning. He wanted to change more than just the quality of education imparted and just like that, his idea was ready! A simple solution that could bring about a disruption in the way youngsters see education.

“Marshall McLuhan once said that the “medium is the message”, and there I was, reading the thought of changing age-old consolidated process and the medium or way of imparting education. The vision, therefore, became to eliminate rotten learning methodologies in the contemporary pedagogical structure by using techniques that are both frugal, entertaining and endowed with greater efficiency than what was always conventionally present, bringing about a transfiguration to conceptual learning methodologies,” said Abhishek Chakraborty, Founder,  Whiz Mantra Educational Solution & Build a class initiative.

It is ironic that despite there being many organisations that are combating the education debate, there has rarely ever been an organisation asking the same questions in a low-income state. The solutions are almost fixated in the centralised hubs of states with high-income. Chakraborty intended to factor in all of that and wanted to work for the upliftment of societies in these neglected areas as well. And this how his journey begun to transform his dream into reality.

Entrepreneur India interacted with him to known more about his entrepreneurial journey and his mission & vision regarding his venture.

Was entrepreneurship was something you always wanted to do?

It wasA movie (Swadesh), that instigated an unfettered emotion within me. It was almost, as if, my own life was scripted in on 70 mm screen, and I enjoyed the idea of being able to do something for the greater good of my country.

My entrepreneurial enterprise is not what one would call pre-drafted. Ours was a middle class family, therefore, despite me being provided all the basic amenities; we were not entitled to a flamboyant lifestyle per se. In the formative stages of my endeavour the real depth of the word “entrepreneurship” was unclear to me and I was yet do dive deep into the realms of an entrepreneurial world. Though I had envisaged some kind of entrepreneurial schooling in the form of the business run by my grandfather right from the emerging India phase, it is to be noted that it is rather hard to capitalise on opportunities, especially, when you are from a small town, hence perseverance would be a key element, and therefore I overcame my initial dearth of knowhow in this regard and trained myself better. Realising that the dogmas of investment banking was not ideologically compatible to my interests, I gave up on a complacently paying job to venture out into the unknown and that is how Whizmantra was formed.

What has been your biggest challenge so far?

Entrepreneurship in India posed a new set of challenges that had to be surmounted. The stage was different, and so was the economic scenario. There was also this lack of certainty of whether I could accrue the money for the project I had in mind. I knew that if my idea was to be perfected to reality, it would have to be done only by paying particular attention to details.

The idea in its very conception was (rather expectantly) not met with either financial or familial support. I therefore, considered it my own undertaking to root it in ground reality. The genesis was one laden with tumultuous events- hiring people, building infrastructure and deploying the ideas to stakeholders, demands a considerable capital, all of which had to be outsourced from my personal expenditure. Needless to say, that my own financial strength could only do so much, and soon enough I found myself at a dearth of resources.

For a stretch of over six months the convoluted situation forced me into selling my own gold chain, it even went as far as cutting down daily living expenses and selling-off household objects to make for the deficit in money. I could only spend the time through resilience and an unwavering focus on what I wanted to achieve. Despite the referred time being laden replete with adversities, I held myself strong, and soon the tables turned and we started reaping profits.

What is your future scale-up plan?

Our Hybrid business model through Build A Class Initiative targets the lower-end of the society and extend our reach to the most rural areas. The frugal innovation and absolutely no infrastructure cost make the service affordable not only for the BoP customers but also for the government, corporate and NGO’s to avail our service, thus creating a multi dimensional business.

The teachers are selected from the local community through a rigorous process to help us identify the best quality of teachers.

Our model could be seamlessly implemented keeping in mind the socio-cultural challenges in the rural outset and thus well supported by the stakeholders and community.

What changes have you experienced in your own self, since the day you started the business, till now?

I started with a humble beginning where scarcity was consistent, be it of working capital or human expertise, however I broke the deadlock of all negativity and raced forward taking all the risks that could be taken by someone who was planning to start an entrepreneurial enterprise all by himself, shunning the possibilities of any help being afforded by any investor in the formative stages of my entrepreneurial career. It all boiled down to a show of grit and belief in my own self.

At first, I was mostly driven by fact, figures and numbers. Post-entrepreneurship I realise that any enterprise, be it of whatever scale, requires much more that statistics to work. It involves within itself the dynamics of analysing different situations differently and coming up with ideas (be it conventional or unconventional) almost as a whim. Entrepreneurship also taught me to be patient, tactful and to deal with the state of analytical complications with utmost ease. I also learned that expression of disappointment is highly contagious and can spread across to the team. I have also learnt the value of money, time, and commitment and most importantly value of documentation.

Apart from occupational skill-based developments, I have found myself rejuvenated after all the strife as a better, more able, more self-believing individual who would not shy away from responsibility. I also now have the courage to challenge conventional wisdom and the courage to travel the road less travelled.