By Jane Wells August 24, 2016
This story originally appeared on CNBC

A simple white plastic footstool that tucks under your toilet has made one Utah family multimillionaires.

"Now everyone is like, 'Why didn't I think of that?'" said Bobby Edwards, the 41-year-old creator and CEO of Squatty Potty. "I have proven a lot of people wrong, and it's felt really good."

It all started because Bobby's mother had trouble in the bathroom. "I was constipated my whole life," Judy Edwards reluctantly admitted. Age only made the problem worse. A few years ago, a medical professional recommended Judy use a footstool to raise her knees while on the toilet. She tried it, and it worked. "It's just a world of difference," she said. Her husband, Bill, was amazed. "We both thought, 'Wow, we're in our 60s, why are we just now hearing about this?'"

But the footstool wasn't perfect, and so Bobby -- a self-describedgypsy forever looking to make a "big splash" -- saw a business opportunity. "There was nothing out there on the market that we could find to help us solve the problem. So we made it." 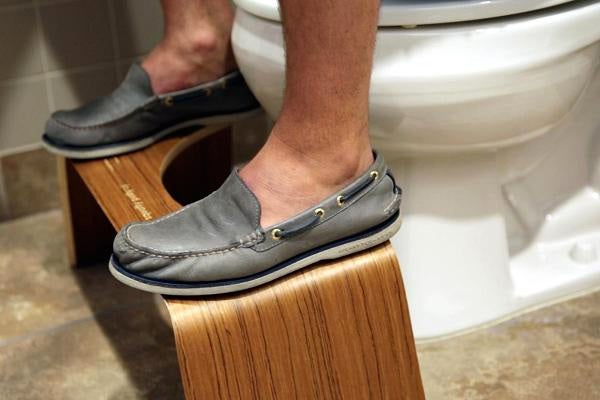 Squatty Potty has a variety of options for sale including this wooden stool.
Image credit: Jeniece Pettitt | CNBC

They made the first stool out of wood and named it the Squatty Potty, based on what they heard traditional hole-in-the-ground toilets in China were called. Other potential names included "The Health Step," "The S--- Shelf" and "The Stool Stool."

Bobby said squatting is the way humans are supposed to, well, poop. "We all have a kink in our colon," he said. "It's there to maintain continence. Otherwise we'd be c----ing our pants wherever we go." Sitting on a toilet relaxes the kink to a point, but squatting opens everything up for better evacuation. "Most of your problems with your colon start where that kink is," said his father, Bill. 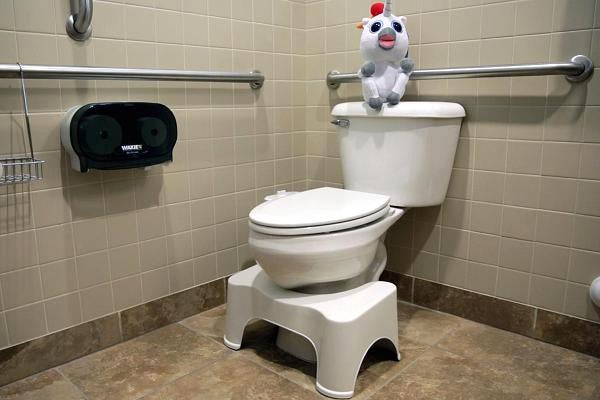 The family began giving footstools to friends, who considered them gag gifts, until they started using them. "I saw the results, and I saw the effect on people, and I'm like, 'There really is something here,'" said Bobby. So he and his parents and one other brother took $35,000 to set up a website and begin manufacturing for real.

Judy decided the stools needed to be made out of plastic to bring down the price, and they placed their first large order. "The first order was like 2,000 Squatty Potties, they arrived from China and we got this big container full," said Bobby. "I was like, 'What? We are never going to sell these,' right? Now we sell that many a day." 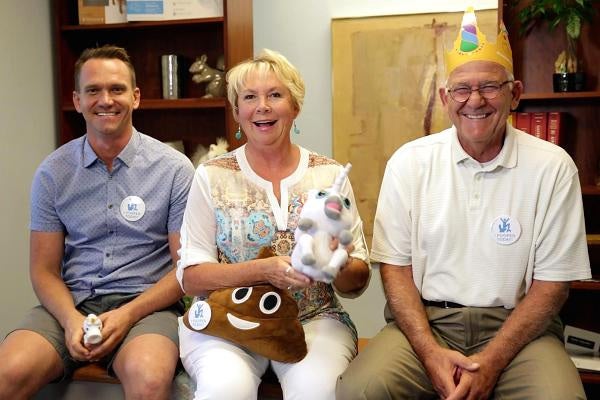 In the beginning Bobby sent free Squatty Potties to health bloggers to generate buzz, and success has flowed with more regularity than Metamucil. Dr. Oz's show called (Bill Edwards thought it was a crank call from his kids), then Howard Stern started talking about the product. Finally, on their second try, Squatty Potty qualified for "Shark Tank." They sold $1 million in product within 24 hours of the TV appearance, and the company also received a $500,000 investment from Lori Greiner which led to high-profile shelf space in Bed Bath & Beyond.

The company now has 15 employees, and all products are made in the USA. Bobby Edwards said that saves on transportation costs and gives them the ability to scale production up or down quickly as needed. "It's actually much trimmer and leaner manufacturing in the United States for our product."

The biggest challenge has always been finding a marketing balance between humor and health. "You can get really gross, or you can get so ambiguous that people don't know what you're talking about," said Bobby. The Squatty Potty YouTube ad is a good example. It stars a Prince Charming character and a unicorn that poops ice cream. "This is where your ice cream comes from," says the prince. "(Unicorns) are good at pooping, but you know who sucks at pooping? You do."

When first presented with the idea for the video, the Edwards family thought it was too cheeky and too expensive. "We're talking about a subject nobody wants to talk about," said Judy, "and if a unicorn, or anything, is going to show poop, we don't want it to be poop, we want it to be something that people like and enjoy." Hence, the ice cream. "It's not OK to talk about poop, but it's OK to talk about ice cream," said Bill. They eventually decided to spend $250,000 to make the ad. At last count, it had over 100 million hits, and sales have surged. "We're going to make more videos, and they're going to cost a lot more than that," Bill laughed. 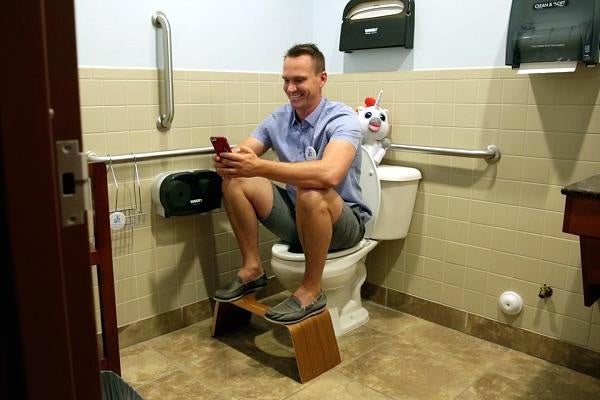 The family admits making mistakes along the way, like paying other people for services they could have done themselves. "You're the one that has to make it happen," said Bobby. He said one consultant turned around and created a competing product. "It was very hurtful."

Knockoffs are showing up, but the Edwardses hope to stay ahead of the competition with new products, like a portable Squatty Potty, which fits into a backpack; a new attachable bidet; a potty training product called the Hippopottymus; and the Double Doody -- a Squatty Potty that includes a small trash can.

The success has been stunning. Judy Edwards originally thought they might just sell a few Squatty Potties here or there to help supplement their retirement income, because no one likes to discuss pooping problems. "I still am embarrassed to talk about it," she said. Not nearly as embarrassed as she used to be.