How This Doctor is Making Entrepreneurs 10x Healthier

October 24, 2017
Opinions expressed by Entrepreneur contributors are their own.

When Dr. Nick Zyrowski walks into a business with the goal of boosting performance, he’s not armed with spreadsheets, motivational materials, or slide decks. Instead, he shows clean eating plans and “cellular regeneration” regimens.

That’s because Zyrowski isn’t a business consultant; he's turned unhealthy and unproductive teams into superhuman specimens of health who crush their business goals. He’s discovered a secret that many entrepreneurs miss:

Optimal health is the competitive edge you need to win in business. Paradoxically, entrepreneurs often neglect their health in a quest for success.

He claims to reduce a patient's sick days by an average of eight per year, boost productivity, and save the business a whole lot of coin.

“The cause of health problems often is simply one’s lifestyle,” Zyrowski says. “Humans are the sickest species on the planet. Instead of assessing the wrongs of our lifestyle and environments, we try to medicate it away.”

Zyrowski has walked into plenty of companies to find founders under so much stress that they’re suffering from serious physical symptoms like chronic fatigue and depression.

Even if they recognize the problem, they don’t have time to correct it, and they continue to compound ill health through poor diet and a lack of sleep. The high-stakes world of entrepreneurship might breed great companies, but it’s literally killing the founders in the process.

“If entrepreneurs and executives want to perform in their 40s or 50s at the same relentless level as in their 20s, they must do something now,” says Zyrowski.

An entrepreneurial approach to health.

How does Zyrowski know what entrepreneurs and executives need? He is one. Raised by entrepreneurs, he started a sign and graphics shop at 17 but switched direction early. “I decided that I wanted to help people,” he says.

Soon, that “why” became more personal, leading him to health and wellness.

After his mom experienced a medical crisis, Zyrowski searched to solve her extreme exhaustion and stress. “I sought out the best methods of care, going across the country to seminars and seeking out specialized experts.”

Time and time again, his research uncovered the biggest obstacle to healing wasn’t finding the right drug: it was removing the barriers that prevented the body from healing itself. Give the body the right tools and it can perform miracles, he learned.

But Zyrowski wanted to be sure the natural solutions he researched actually worked. So, he became a human guinea pig, testing everything on himself. His own declining health also made the process a necessity.

Running a nutritional business while putting himself through doctorate school made major stress, crushing workloads, and no sleep the norm.

As he made serious lifestyle changes, removing processed food and pharmaceutical drugs from his routine, his symptoms of depression, hormone imbalance, and lack of focus rapidly reversed. He recommended some of the changes to his mom, and her condition improved dramatically too.

Zyrowski knew he was onto something: maybe his approach could help unhealthy, massively stressed, and overworked entrepreneurs. So, he designed NuVision Excel from the ground up to cater to this market.

“Entrepreneurs are obsessed. They love running their companies, but turn into a ticking time bomb from inadequate sleep, poor eating habits, and chronic stress. Serious health issues are usually a case of when, not if with entrepreneurs,” says Zyrowski.

Smart high performers often realize they require radical health improvement for the sake of their business and family, but they often don’t have the time or guidance to approach it correctly. That’s why Zyrowski makes it simple for entrepreneurs to outsource their health to him.

He’s perfected a regimen that emphasizes accurate identification of the issues in a patient’s tissues. That may include running rigorous tests on a patient to precisely optimize their diet so the body can root out a particular condition or disease.

Or it might include assessing a client’s cellular health to determine how they can live longer with a higher quality of life. Each solution is tailor-made for the client’s unique health profile. Through it all, Zyrowski champions reversing health conditions that are thought to be non-reversible by many.

Thanks to NuVision’s approach, one client began to resolve chronic fatigue, anxiety, obesity, and intermittent chest pains within two months—even though he already had one of the world’s top cardiologists on speed dial. Another 30-year-old executive with arthritis now lives pain free, thanks to Zyrowski’s care, saving the $5,000 per month he was spending on pharmaceutical shots.

Zyrowski’s relentless focus on results makes outcomes like these the standard, not the exception. Research backs everything he recommends, and it's based on rigorous lab testing undertaken when you first become a client. Zyrowski offers a full money-back guarantee if he doesn’t produce results.

A particularly attractive part of his enterprise is the virtual concierge sessions for remote with clients. They get on-demand access to Zyrowski and his staff for meal planning, health strategies, solutions to health issues, and instant insight into any arising question 24/7. 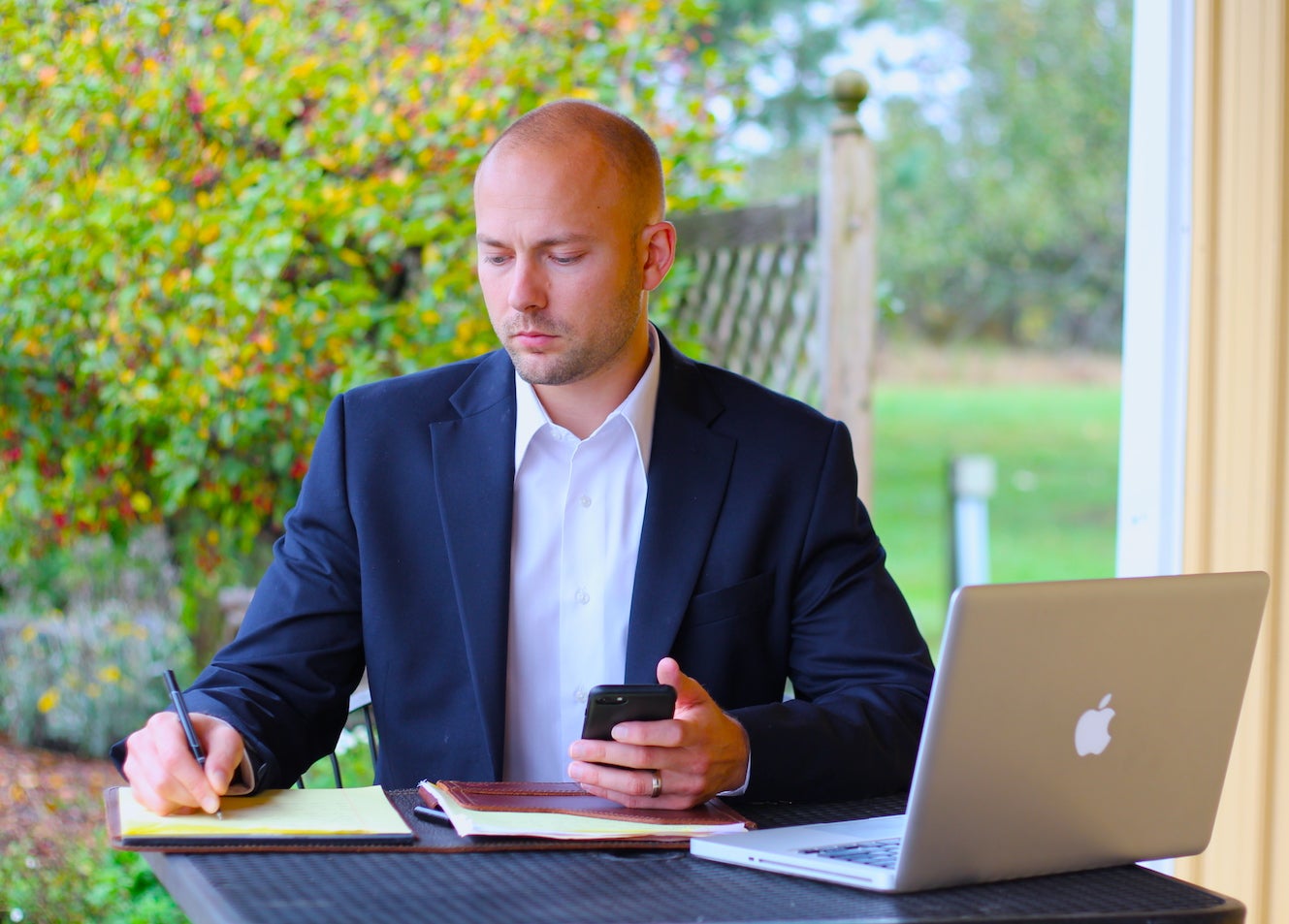 Thanks to a high-energy, high-focus lifestyle, it’s understandable that entrepreneurs are at greater risk for certain health issues than your average desk jockey.

“Entrepreneurs love what they do and want to work until they die,” says Zyrowski. “But you can’t compete if you’re sick and dying.”

“An entrepreneur who has clear thoughts, a ton of energy, and isn’t held back by health issues has an unbelievable advantage over someone who doesn’t,” says Zyrowski. “It’s like a race horse competing with a donkey.”

Entrepreneurs outsource everything from cooking to cleaning to laundry, so they can more singularly focus on their businesses. Now, they can do the same with their health.

“They just need to do what I tell them to do, and that’s it,” says Zyrowski. The convenience helps high performers achieve even more, which is exactly how they like it. Their bottom-line results end up looking pretty good.

Zyrowski’s health solutions include his Total Nutrition Makeover and cellular detoxification program. This year, he’s rolled out “Thrive,” a high-level invite-only program for entrepreneurs who want elite health outcomes. Entrepreneurs can also get Zyrowski’s complementary health advice on his Instagram and YouTube channels.

“If you really want to have an advantage in the marketplace, take care of yourself. You can’t afford not to.”

To enroll in one of Zyrowski’s healthy living programs, click here.

Do You Need to Freeze Your Credit? Why (and Why Not) it Might Be a Good Idea