In 2015, few things happened in Ruth Hatherley’s life that put her “at a bit of a crossroads”. The single mother-of-one then decided to invest all her life savings into creating a prototype of Moneycatcha. Today, Moneycatcha is one of Australia's leading fintech startups that uses blockchain to make the process of getting home loans quicker and cheaper.

The finance industry was a familiar space for the Perth resident, long before Moneycatcha, but she “never really liked it per se”. “Counting money or reading financials didn’t excite me—I have a strange relationship with the whole concept of banking but I loved how when working in that industry, we could help people use their money and the banks to achieve their dreams,” says the 40-year-old who spent over two decades working as a Commonwealth Bank product manager and mortgage broker. 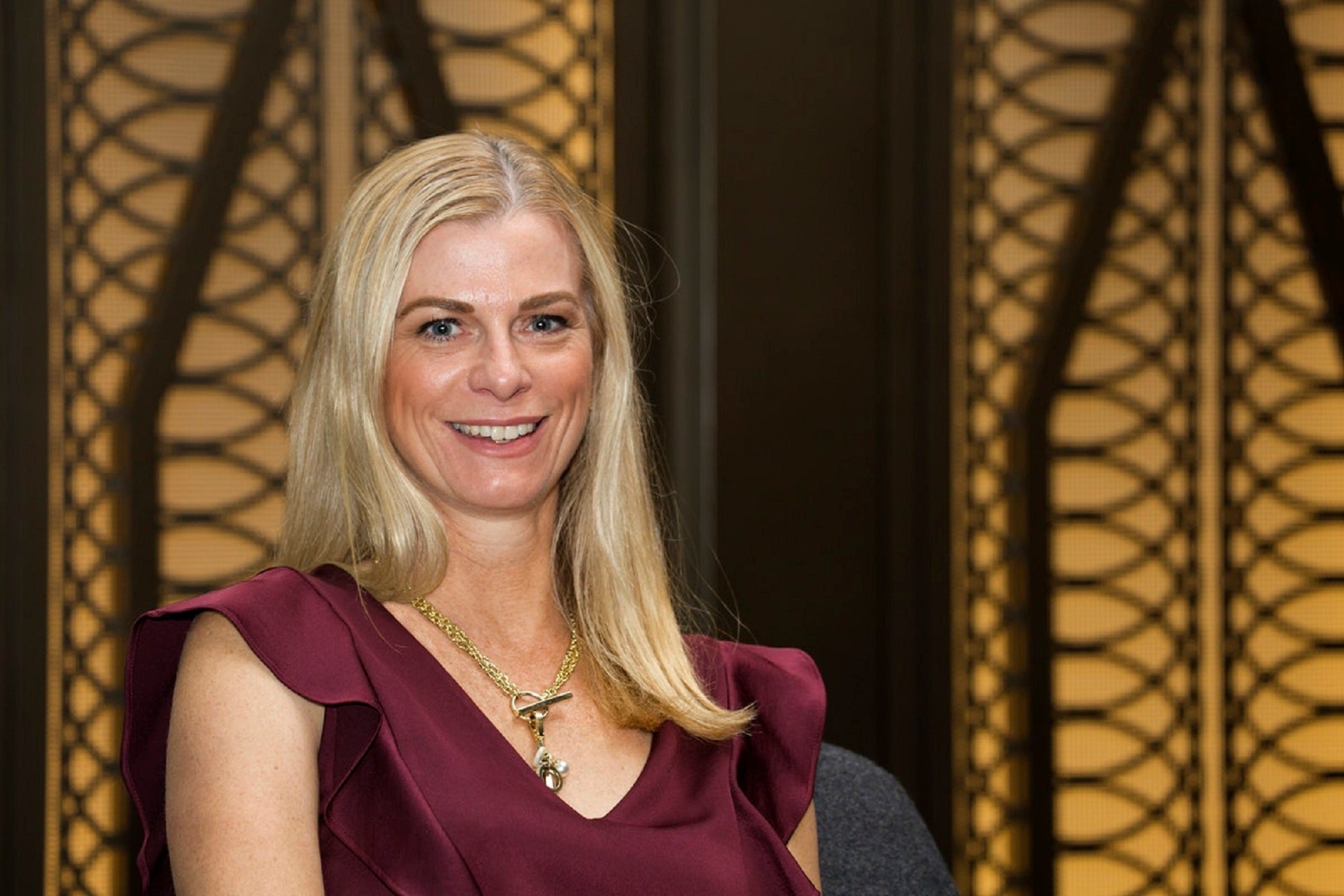 While at the job, Hatherley, an alumna of Perth’s Santa Maria College, helped hundreds of clients move into their new home. “Unfortunately, that was often a painful and stressful process. And as the years went on and more technology was introduced, the process didn’t improve—in some cases, it got worse. I became increasingly motivated to change that,” she says. By 2015, with the support of her parents, Hatherley gathered the confidence to become a start-up founder, and “be the agent of change”.

Two of the biggest challenges for those applying for home loans in Australia is the number of times the applications are reworked, and the lack of transparency and trust when it comes to data. Hatherley says many applications are revised nine to 11 times, causing delays for the customer and costing most institutions $2,200 to $2,500 (around US $1,500 to 2,000) per application.

This is where Homechain, the world’s first end-to-end blockchain solution for the home loan origination market, comes into the picture. The platform uses blockchain technology (to maintain data permanently and securely across a wide, shared network of computers), which retrieves and verifies data to data providers, including government entities and land agencies. Moneycatcha claims it can reduce the loan processing times to five days from an industry average of 42 days.

The company has another blockchain-based platform, Regchain, which provides real-time risk monitoring of loan applications, making compliance easier. The importance of Regchain was recognized at this year’s Fintech Business Awards in Australia, where Moneycatcha won the Compliance Innovator of the Year Award. At present, HSBC Australia is using Regchain to accelerate regulatory reporting.

Banks across the world are slowly but steadily realizing the importance of blockchain technology in reducing costs for some time. A 2016 Accenture report, “Blockchain Technology: How Banks Are Building a Real-Time Global Payment Network”, says blockchain use is top of mind among banking executives who lead payments businesses. The report was based on the survey of 32 professionals in commercial banks in the US, Canada and Europe. Nine in 10 executives said their bank is currently exploring the use of blockchain, the report states.

“Blockchain is an enabler; it creates a mechanism by which a community can trust the data and the rules that contributed to that data being stored,” says Hatherley, the winner of the 2018 City of Perth Award and Business News’ 2018 40 Under 40 award, which recognises leading business entrepreneurs under the age of 40 Down Under.

It has not been an easy journey, confesses Hatherley. “In the beginning, it was all my life savings. I wasn’t paying myself and the risk was so high since I had no client in the wings. The (initial) period was the most intense as it was when there was the lowest market validation and the highest financial risk.”

During the starting months, Hatherley considered quitting several times, but three people—her chief strategy, chief operating officer and board commercial advisor—asked her not to. “They believed in and supported me from the beginning. They kept reminding me in their different ways that we have the capability to change the finance industry for the better.”

The first capital raise came in September 2016, and the second, exactly a year later. “We have had support from the beginning from organizations like KPMG, Landgate (West Australian Government), PEXA (Property Exchange Australia) and fintech hub Stone and Chalk. I guess the solution and our domain expertise have spoken for themselves and that has allowed doors to open to exploring it more,” says Hatherley.

Often the fintech industry is seen as a male-dominant sector, but for Hatherley, “the gender bias hasn’t been a direct challenge”. Instead, the challenge has been helping organizations have an open conversation about data quality and finding those willing enough to be open to changing their policies and procedures to adopt and innovate with new technologies.

“There is still light years between the rhetoric of some financial institutions who say they want to innovate but when you sit down with them, they don’t have an established process to engage and run pilots with fintechs. I believe these two points are currently the biggest contributors to stifling the growth of the fintech community and innovation itself,” explains the founder who is now working towards expanding Moneycatcha to other countries and including technology companies in the finance sector.

On the personal front, the challenges are different. Hatherley’s life is divided into two—her weeks at home in Perth with her daughter, and her weeks over east (Sydney, Melbourne) attending to bank meetings and working with her team based there. Her day usually starts at 6am and ends at 10pm, and includes cooking, getting her daughter ready for school, reading, listening to music and news, meditating, paperwork, exercising, responding to emails, meeting her team, vendors and investors—all depending on the location. “In terms of work-life balance I don’t feel it’s less balanced for me—it’s just different. I have had to be very conscious to schedule in things that are personally important to me. I include my daughter in as many of these activities as possible, so we can enjoy them together. We meditate, horse ride and play piano together many times a week,” she says.

Her family-first attitude extends to her workspace as well. “Allowing people to balance their family, health and aspirations as well as work is critical when you are constantly asking people to work at pace and be agile. If their lives aren’t balanced, the constant change and response times that startup life demands can be difficult to handle,” she adds.

Within a span of three years, Hatherley has achieved a lot, but she’s in no mood to stop. What keeps her going? “Resilience is the key to success. But so is kindness and self-care. Do all three and you will be an amazing woman and leader and teacher,” she says. When things get tough, the mother-of-one looks at her album of quotes and images. Her favourite quote: “(Mark Twain’s) With courage you will be able to take risks, have the strength to be compassionate and the wisdom to be humble. Courage is the foundation of integrity.”

She Rules is a weekly series that documents the journey of a woman entrepreneur. It tries to capture the story of the person behind the brand, to tell her struggles, her challenges, her strengths, her dreams, and what makes her, her.

Meet the Superwoman Of the Entrepreneurial World

Beyond Beauty: How This Women Entrepreneur Remained on Top of her Game