The weekend take is even more incredible seeing that 'Endgame' has a three-hour running time.

Disney and Marvel Studios are used to winning the weekend box office when releasing its titles, but over the past few days its latest movie has performed like no other.

Avengers: Endgame, the close of the Infinity Saga -- which focused on the formation of The Avengers and their battle with Thanos for the Infinity Stones -- took in an estimated $350 million over the weekend and a global total of $1.2 billion, making it the biggest opening weekend of all time.

It's a figure that completely destroyed the record held by the previous film in the franchise, Avengers: Infinity War ($257.6 million) and is the first movie ever to cross $300 million domestically its opening weekend.

The weekend take is even more incredible seeing that Endgame has a three-hour running time, which major studios try to stay clear from as it means a lower number of daily movie showings at theaters. But the outcome shows how high a demand the movie was for audiences, as its performance completely changed how the industry operated to satisfy moviegoers.

Preparing for the onslaught

It goes all the way back to presales for Endgame, which were so high that it crippled the servers of many movie theater websites and led to Fandango, the leader in online movie tickets, to create an online "waiting room" (the first time ever attempted by the site) to handle the onslaught of ticket purchases. It resulted in the best-selling day in the history for Fandango; also Atom Tickets and other theater sites that could keep up with the demand to set records in business.

Then, leading up to this weekend, along with Disney set to put Endgame on over 4,600 screens (the most ever), AMC Theatres, the world's largest theater chain, announced that in the US it would open many of its theaters for 24 hours over the weekend. The chain also reported that it would play the movie a record-breaking 58,000 times this weekend -- 10,000 more than the previous record held by Infinity War. (Over the weekend, AMC upped that figure to over 63,000 showtimes, leading to the chain having record-breaking attendance on Saturday of 2.6 million guests.)

But the craze for Endgame wasn't just felt in the States. Audiences internationally couldn't wait for the movie to open. In China, the second-largest movie market, Endgame took in over $107 million its opening day in the Middle Kingdom. That's the best single-day performance ever for a Hollywood release in China. (The movie also had the biggest 3D opening of all-time, with 45% of the movie's global tally generated from 3D ticket sales.) 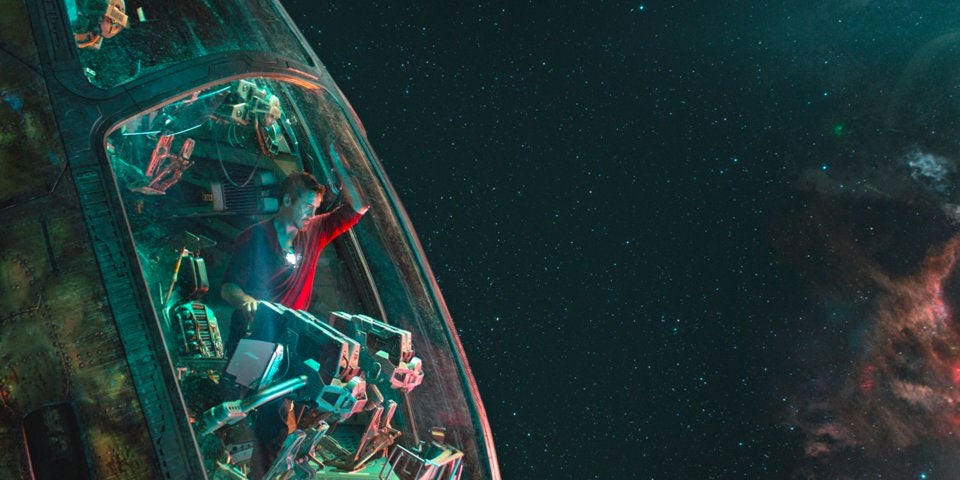 "We're in the Endgame now"

Back in the US, Endgame gave a glimpse at what was in store for the weekend by taking in a record-breaking $60 million in Thursday preview showings, crushing previous record-holder Star Wars: The Force Awakens ($57 million). The movie followed that with a $156.7 million Friday (counting Thursday previews), the biggest single-day performance for a movie ever (passing $119 million by Force Awakens).

On Saturday, the movie brought in $109 million, another record beating the $82.1 million by Infinity War for the best second-day opening. And if you take away the Thursday preview figure Endgame had, the movie performed better on Saturday than it did its opening night.

Though earlier in the week there was doubt by some in the industry that Endgame, with a three-hour run time, could hit the rarified air of a $300 million opening, it turned out the movie hit the mark and powered through, coming in with an estimated $350 million. It's a figure that's over $92 million more than the $257.6 million last year by Infinity War, the previous record holder.

And here's another way to put the weekend Endgame had in perspective: the movie took in more domestically than the best weekend even for the industry in North America, which was the $314 million take last summer, the weekend Infinity War opened.

Internationally, the movie took in over $850 million, the biggest opening weekend ever. And in China it brought in $330.5 million, giving the movie a $1.2 billion global total. Another record.

Endgame didn't just help business for movie ticket sites and theaters but also IMAX, which had a record-breaking weekend.

The movie was shot on IMAX cameras, so many fans wanted to see the movie on the large-format screen. By Friday, the movie had already broken IMAX's record for best weekend ever with a global $52.1 million take (the previous record was held by The Force Awakens with $47.6 million). By the end of the weekend, it took in $91.5 million.

That's just one example of how the historic performance by Endgame has pushed the struggling 2019 box office on the right track.

The first quarter at the domestic box office was down over 16% compared to last year, but Endgame has single-handedly improved things, which can only get better with a strong slate of titles coming this summer and the final movie in the Star Wars Skywalker saga, The Rise of Skywalker, coming at the end of the year.

The fact is that the current box office era lives and dies on the performance of Disney releases. Before this weekend, it was Captain Marvel that was the top earner at the box office in 2019 and going forward, along with Star Wars, its movies like The Lion King, Toy Story 4, and Frozen II that are going to motivate huge audiences to the multiplex.

But the performance by Endgame is astounding. With the movie's reported $356 million production budget (not counting the hundreds of millions in advertising), by the time official numbers come in on Monday Disney/Marvel Studios could already have broken even on the movie. It's a feat that is mind boggling for a big Hollywood blockbuster. Industry folks were astonished when Infinity War only needed 10 days to get in the black.

Jason Guerrasio is an entertainment reporter at Business Insider. He has previously written for Esquire, Vanity Fair, Rolling Stone, Variety, Indiewire, among others. He's also a former managing editor at Filmmaker Magazine.