Most of the Best Countries for Working Parents Are in Europe

There is still plenty of room for improvement when it comes to protecting new parents and same-sex couples who want to adopt children.
Next Article

Maternity and paternity leave has long been a debated topic in the media. Do we give enough time off for new parents? Are parents expected to go back to work after their leave ends? How can we support new parents more?

We at Red Letter Days recently conducted a campaign titled "Born every minute" in which we calculated birth data from 169 countries. The data showed how many babies were born around the world. We investigated what each country offered people who are keen to start a family, from maternity and paternity leave to joint adoption rights for same-sex couples.

The data from our research revealed how each country differs with their maternity and paternity rights and which countries offer the most to new parents.

Here are the top 10 countries for maternity leave: 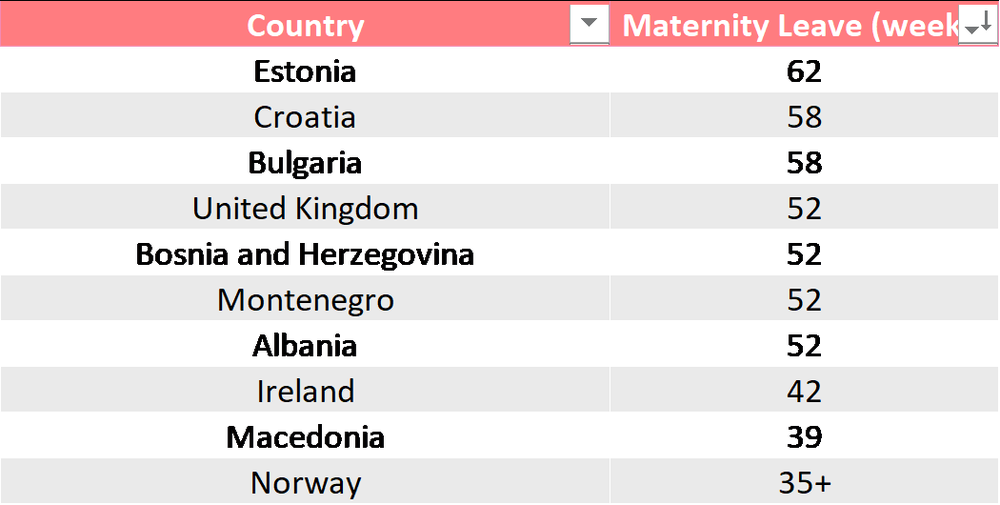 Here are the top 10 countries for paternity leave: 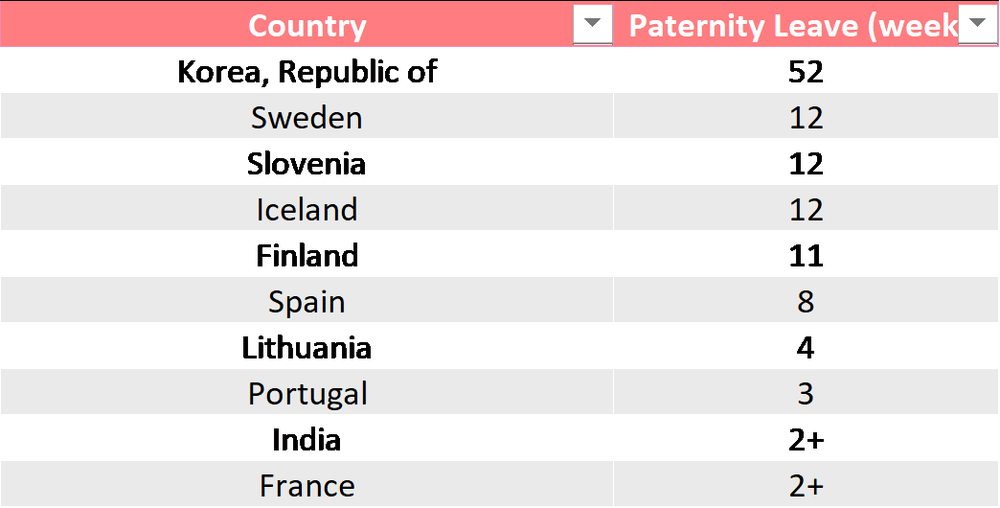 Out of all the countries we looked at, India had the highest rate of births with 51.6 per minute. In India, new mothers receive 26 weeks of leave at 100 percent of pay, while the dads in India receive at least two working weeks off at the same pay rate. India does not allow same-sex couples to adopt.

China came at a close second with 31.1 babies born per minute. Mums in China receive at least 18 weeks off with full pay, while the father will not have any benefits. According to an article from the Global Times, Lin Yong, a deputy to the National People's Congress, proposed earlier this year that paternity leave be extended to a minimum of 42 days in China, so that the father in a partnership could take on more parenting responsibilities.

The drawbacks of inequality

These statistics reveal that the world still has a long way to move forward before every expectant parent in the world receives the necessary time off to spend with the newest member of their family. There is also still plenty of progress to be made for same-sex couples so that they can experience the same rights. With 27 countries offering joint adoption for same-sex couples, this is perhaps a step forward from the past but there is still plenty of room for improvement. As former Children and Families Minister of State Edward Timpson said in a press release on gov.uk relating to the topic of LGBTQ+ fostering and adoption, “What matters in adoptive and foster parenting is not their sexual orientation or gender identity but their ability to love and provide for children in need.”

Parenthood can no longer be narrowed down to one definition, especially when there are so many inspiring mums and dads in the world. Plenty of political work is still going into improving maternity for mothers in the U.K., including the newly proposed legislation introduced by MP Maria Miller in May to protect mothers returning from maternity leave. As reported by The Independent, she said, “Family life and the economy will both suffer unless workplace practices are brought into the 21st Century.”

In short, parenting will be less about motherhood and more about the shared responsibilities of parenting between couples.

Here's One Way to Honor Women's Equality Day: Check Your Bias When It Comes to Working Mothers