How Does Virat Kohli Meet a Billion Expectations?

There is no denying that we Indians take our cricket very seriously, so much so that we revere our cricketers to God-like status. But like Spiderman once said, “With great power comes great responsibility.” How does India’s most loved cricketer shoulder a billion expectations every time he walks out on the field? This is where mental conditioning comes to the rescue.

The 30-year old believes that there needs to be a balance between physical and mental toughness, and equipoise of sorts. “When you toughen yourself from inside out, you must know that the results can take months, even years to show. And that is a great responsibility to bear,” he states. It might have taken our skipper years himself… for who can forget his outbursts with rival team’s players till a few years ago? But he has worked towards a calm composure and is in a more focused and a determined place now. Trivial riff-raff cannot distract him. He has eyes set on both his team’s targets and his personal goals.

The Indian cricketer who currently captains the India national team is a regarded as one of the best batsmen in the world. He plays for Royal Challengers Bangalore in the Indian Premier League, and has been the team's captain since 2013. 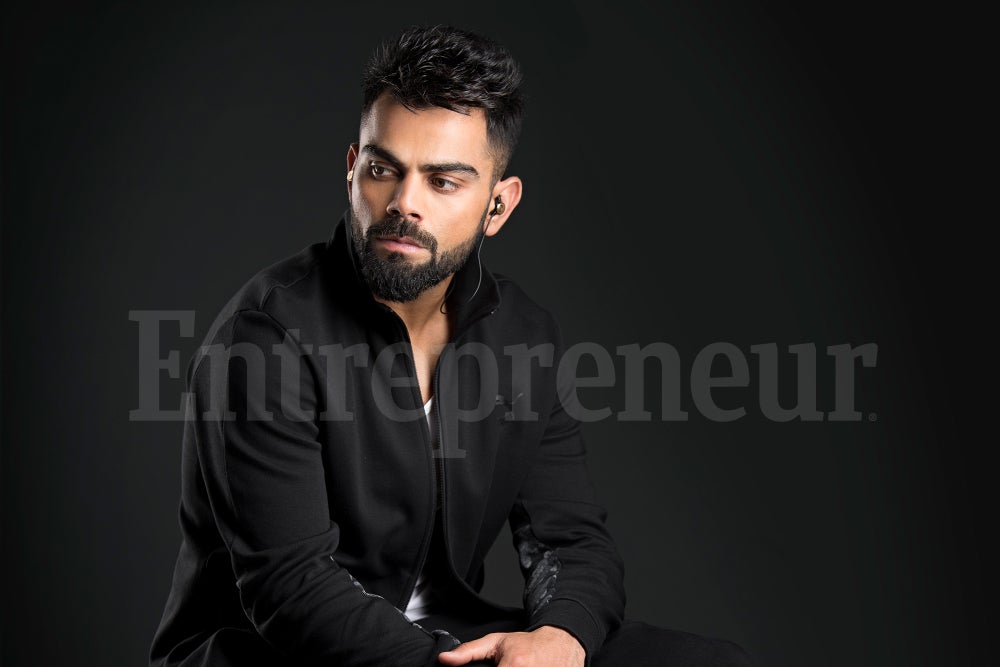 The King of the Game's Style

Kohli is a youth icon, a style symbol, and he revels in it every bit.The best part of his personal style statement is that there is no style statement. It oozes comfort. Track pants, a t-shirt and flip-flops can almost never gather attention in fashion sensibilities. But then again, Kohli has never been about following the crowd. He does and the world follows. His easygoing nature is reflected in his style.

We ask, “You must have a style icon. Who is it?” He says with a dash of hesitation… “It was Justin Timberlake during my growing up years. I think he was the first celeb to wear sneakers with a two-button suit; and I thought it was the coolest thing!” He is smiling a bit, his eyes fixed in the yonder, while he recollects what it was to dress like his style icon. “I used to take hints from Justin’s style but now it has become what I am most comfortable in.” Really Virat? How can ‘comfortable’ look so damn awesome?

So we ask about someone landing up at Virat and Anushka’s new swish pad and what might one catch him wearing. And just as swiftly comes the reply, “Shorts or track pants and a tee; pretty much what I am wearing now.” Hitting the pool? “Then speedos and a vest.” It’s simply comfort all the way! And does Anushka have to approve what he wears? “Well, of course when I ask her, she does give her inputs. But the good thing is our take on fashion is more or less aligned,” he quips.

Disclaimer: The interview with Virat Kohli was taken last year by Franchise India Media, the parent company of Entrepreneur India. The story is published by taking a few excerpts from the interview.