By Dipen Pradhan June 27, 2019
Opinions expressed by Entrepreneur contributors are their own.
You're reading Entrepreneur Asia Pacific, an international franchise of Entrepreneur Media.

China’s superapp, Meituan Dianping, is making a continued push to solidify a leading position in the country’s hotel booking industry. An e-commerce platform for consumer services, has signed a year-long agreement with OYO Jiudian to host the latter’s hotel booking service on its app.

While on the other hand, India-headquartered OYO Hotels and Homes is also making as many partnerships with China’s leading hospitality and travel companies to drive customer traffic, data operations and brand promotion in the country. Only a month back, OYO had partnered with China's leading online travel aggregator, Ctrip.

The hospitality company, which is operated by Oravel Stays, today said that the Meituan app users can now opt to book a room in any of its 8,000 hotel partners spread across tier 2, 3, 4, 5 and 6 cities in China.

“Our partnership with Meituan is a reflection of our commitment to providing quality living spaces to consumers and creating higher value for small-and medium-sized standalone hotel owners across China,” the statement cited Sam Shih, COO of OYO China.

OYO Jiudian (the latter means 'hotel' in Chinese) claims itself to have become the second-largest hotel group in China since its foray to the country in November 2017. The company is said to be managing more than 10,000 hotels with 450,000 rooms in 337 cities in China under the brand OYO Jiudian as on May 2019. It is also said that they are currently getting close to 300,000 people staying in its rooms everyday.

The hospitality company operates in a full-scale hotel chain model. It onboards hotel-partners after signing a “franchise agreement”, and then operates every aspect of the hotel’s business under its brand — revenue, promotion, room’s price fixing — that could also extend to managing employees and properties. Globally, the company operates in countries including India, China, Malaysia, Nepal, Indonesia, the Philippines, UK, the UAE, and the US.

A recent report by CNBC, citing Shih, “OYO Jiudian is currently making up less than 2 per cent of China’s hospitality market," which is estimated to have close to 35 million rooms in the country. According to Shih, OYO has allocated US$600 million from the US$1 billion funding, obtained from Japan’s Softbank Vision Fund, for its expansion in China. 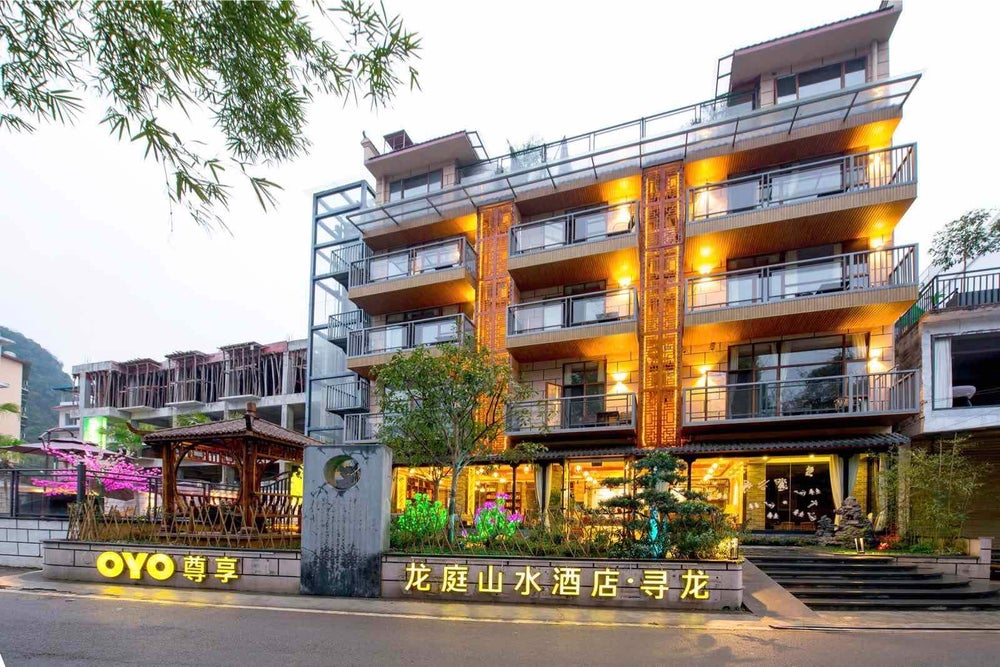 The Hong Kong Stock Exchange-listed Meituan is the leading e-commerce platform for services with a market cap valuation of US$44 billion, according to Mary Meeker’s Internet Trends 2019 report published in June. Besides offering ‘Hotel Booking’, the Tencent-backed superapp offers more than 30 consumer services including catering, on-demand delivery, car-hailing, bike-sharing, travel booking, movie ticketing in over 2,800 cities in China, with more than 400 million users using the app.

“We have held strong the principles of opening up and achieving mutual wins. We wish to work with various kinds of partners to harness technological innovation and provide well-rounded services that satisfies our customers, thus creating better living experiences to consumers and generating higher values and better revenue for hotel partners,” OYO’s statement cited Guo Qing, vice-president of Meituan Group.

3 Trends That are Shaping the Hospitality Industry

Why this Canadian-Israeli Stock Grew 121% This Year

This Crypto Project Is Brewing a Storm