Can London Remain the Hub of European Startups After Brexit?

Time will tell if students and young entrepreneurs can thrive in a sector that may struggle to recover from such a disruptive force.

By Dmytro Spilka September 13, 2019
Opinions expressed by Entrepreneur contributors are their own.
You're reading Entrepreneur Europe, an international franchise of Entrepreneur Media.

It’s the spectre at the feast. The troubling thought that you struggle to shake from the back of your mind, and it’s soon to become a reality.

Regardless of where you stand on Brexit - or which way you initially voted - it’s no doubt fair to assume that you’ve rarely gone more than a few days without seeing, hearing, or thinking about it. It’s also fair to say that Prime Minister, Boris Johnson’s insistence on the UK’s departure from the European Union on the 31st October 2019 won’t be a red herring this time - that regardless of the level of domestic and continental preparation - we will no longer be part of the EU by the start of November.

There’s also mounting speculation over whether or not a deal will be brokered between the UK and EU. Johnson’s public acts of defiance coupled with the promotion of Vote Leave director Dominic Cummings to the role of Special Advisor to the Prime Minister strongly indicates that a ‘no deal’ Brexit will become a reality.

But what will this mean for Higher Education and those who were planning to build a career in the EU? Can London remain as the hub of European startups? Can students and young entrepreneurs thrive in a sector that may struggle to recover from such a disruptive force?

Facing up to fresh challenges

As a leading European startup ecosystem, London and the rest of the UK is about to experience the harshest reality of leaving the EU - lack of enthusiasm and motivation for establishing innovative startups and small businesses. 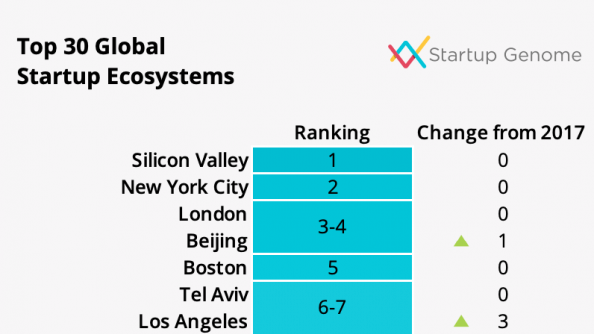 Today, the United Kingdom is still recognised as one of the best providers of higher education worldwide, promising a bright future for the graduates of some of the most prestigious universities in the world, be it in entrepreneurship, science or maths.

The lure of the UK’s higher education programmes has ensured that a strong flow of startups continue to be established domestically and ensuring that HE remains competitive in line with the rest of the world should be of paramount concern to decision-makers in government for ensuring the country’s status as an innovation hub.

The challenges facing UK universities aren’t just limited to Brexit, but the departure from the EU is rightfully the primary source of concern for higher education’s near future.

Big question marks hang over exchange programs that universities have implemented across European nations, and EU projects like ERASMUS could exclude UK participants as a result. Furthermore, the UK’s declining international reputation caused alarm when the Times Higher Education (THE) world rankings were announced last year. “Britain has some of the most prestigious institutions – but their status is in no way guaranteed,” explained Phil Baty, THE’s editorial director of global rankings.

Away from Brexit, international competition coupled with varying tuition fees have also posed fresh challenges for institutions nationwide. While forecasts seem somewhat gloomy for the UK’s institutions, it could see higher education become more innovative as a means of ensuring that students continue to thrive in this new age of uncertainty.

We’re living in a brave new era of unprecedented levels of interconnectivity. Today, many internet users only truly disconnect from the World Wide Web when they sleep. Emerging trends within higher education suggest that the future of learning will become increasingly remote - making degrees and advanced diplomas more manageable and scalable, as well as diving down the operational costs of institutions.

In the US, the number of enrollments to online educational courses has quadrupled inside 15 years, and while remote learning institutions like The Open University is welcoming fewer students year-on-year, the usage of external educational programs is swiftly increasing.

In early 2019, Staffordshire University pioneered Beacon - a perpetually active Artificial Intelligence-driven chatbot that’s capable of acting as a personal digital assistant to every student and answer the various queries they may have.

Naturally, AI and machine learning can be utilised to help students out with troubleshooting during the most antisociable of hours - but the potential influence of this technology could be far more profound than assisting those who need help.

Another example of AI usage in HE is University 20.35, which stands as an institution that’s attempting to harness AI in a way that’ll effectively collect hordes of big data on students’ progress and professional backgrounds in order to better understand their educational trajectories and thus accurately advise them on their development pathways.

Glancing into the future of higher education

Considering how international higher education already is, and how ripe for innovation the world of HE can be, it’s clear to see that students will find more opportunities to thrive in learning environments despite their own domestic uncertainties.

International university programs will soon be able to utilise AI, machine learning and big data in a way that will enable large volumes of students to access courses remotely and in a more cost-effective manner.

Chatbots will ease the burden of tutors by offering the first line of support for students, while each user’s pathway can be automatically tailored to suit their needs based on levels of comprehension and prior industry experience.

Should the choppy waters of uncertainty affect the level of financial support that UK institutions receive, or indeed the international appeal for students, then comfort can be found in the knowledge that innovative support may be capable of ensuring that the steady stream of entrepreneurial graduates in England, Scotland, Wales and Northern Ireland enjoys will be upheld long after the 31st October’s ‘point of no return’. While some may argue that the UK is still welcoming entrepreneurs from around the world, considering the newly introduced Startup and Innovator visas, the UK is tightening the rules behind the scenes and closing down programs like Tier 1 Entrepreneur.

Domestically and continentally, Brexit may be set to pose fresh challenges to students hoping to obtain degrees and advanced diplomas, but technology appears to have already offered the solution.