Traditionally regarded as a symbol of triumph-through trials and tribulations-this David is infused with the artist's groundbreaking vision, forming a modernized allegory that is needed now, more than ever
Next Article

Alexandra Sharova
August 17, 2020 4 min read
Opinions expressed by Entrepreneur contributors are their own.

Art often reflects the history of its time, and today our world is facing what appears to be an awakening: a transformation, just on the horizon. In a twisted turn of fate, and through a handful of unpredictable delays, contemporary artist Louis Carreon is planning to reveal his latest artwork amidst the chaos.

However, the statue, aptly titled David Reincarnated, could not be erected at a more fitting time. Traditionally regarded as a symbol of triumph—through trials and tribulations—this David is infused with the artist’s groundbreaking vision, forming a modernized allegory that is needed now, more than ever.

Carreon has always been a rebel, but today he channels that into his art. He is seen as a vanguard in the art world, though paradoxically he is greatly influenced by the Baroque era classics and religious iconography. His work juxtaposes pop culture narratives with scenes that depict where it all began; from the garden of Eden, to his most recent creation: David’s monumental feat over Goliath. The subject of reincarnation, of rebirth, is close to the artist's heart. With a tumultuous past that was much more “Studio 54” than holy, Carreon’s personal story and journey to redemption weaves into his work—whether it's portrayed by a fervid brush stroke or echoed in a biblical scene—the past, is ever-present.

In typical unpredictable form, Carreon’s new work draws inspiration from Gian Lorenzo Bernini’s sculpture of David, rather than the more widely recognized version by Michelangelo—which is often praised as the pinnacle of stoic male form. Bernini alternatively focused on movement, emotion, and authenticity, all of which are characteristics within Carreon’s own pieces. But why this particular scene, why choose a fight? Carreon explains that in a time when we need hope “everybody can put themselves in David’s shoes and look to their oppressor—everyone has their Goliath, whether it’s a person, an outside force, or themselves”.

Carreon’s recent focus on iconography, biblical passages and saints is his way of reintroducing classic art, while simultaneously synthesizing timeless wisdom, into modern day society. Instead of aiming to please the critics, his goal is to inspire people, to replace false idols—of the entertainment and hip-hop world—with something real, and hopeful for the urban youth with whom Carreon resonates due to his own upbringing.

Rising to acclaim in the cutthroat world of art, where a lack of formal training can be a detriment to one’s career, has been a blessing for the artist. Mirroring the artists own trajectory of progress, in just five years his art has nearly quadrupled in price. Yet it’s never been about the money for Carreon, instead he finds that “culturally connecting with people is the ultimate form of payment…in the end it's a human thing”. 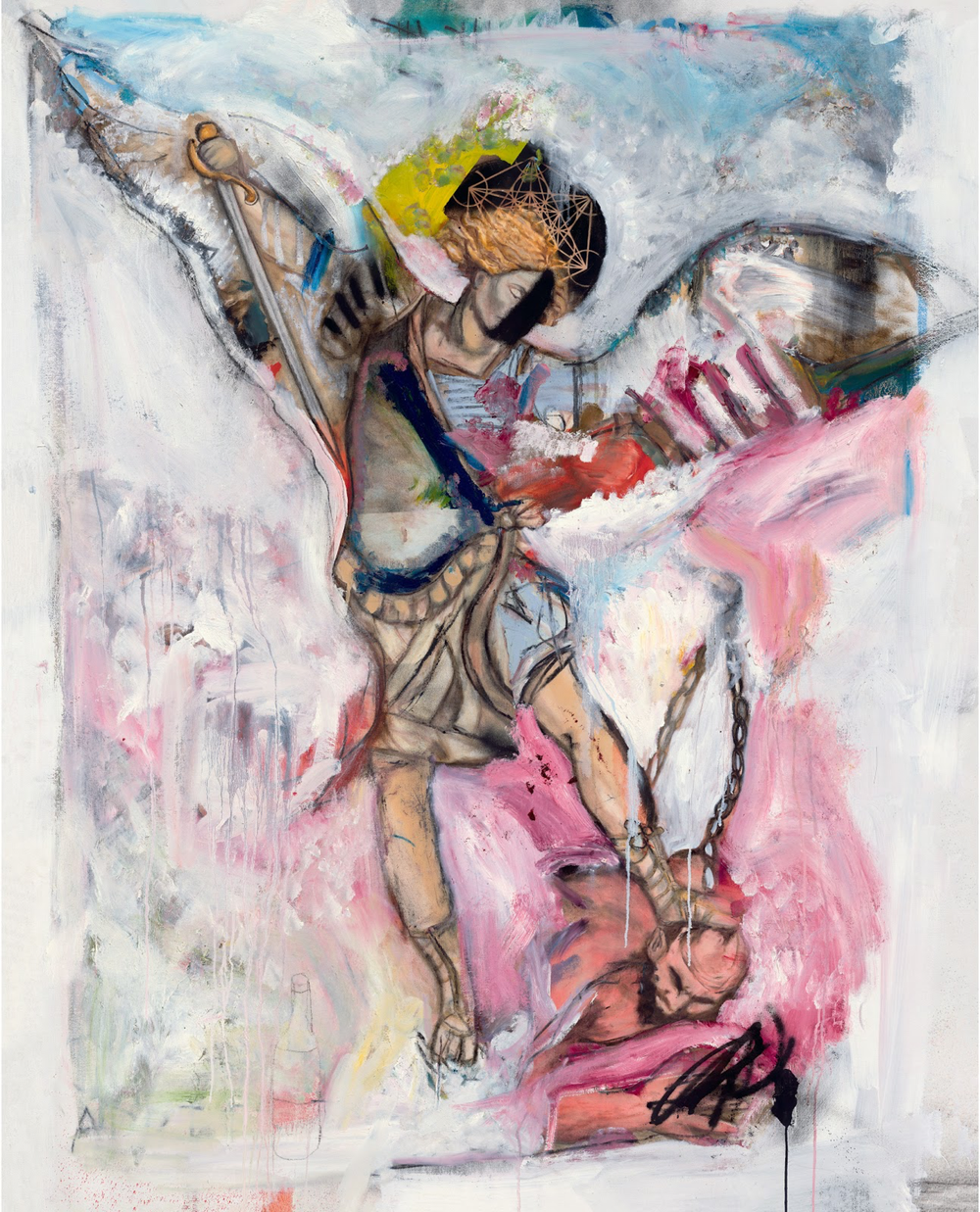 In a time when it may seem like all is lost, or alternatively in a state of limbo, Carreon’s David Reincarnated offers a beacon of light. Whether confronting personal demons or fighting the broken systems before us—as reflected in the social and political strife taking place on both concrete battlegrounds and those in cyberspace—the statue acts not only as a mirror for Carreon’s past experiences, but as an illuminator, highlighting the struggles we’re collectively facing. It’s meant to arm with valor and galvanize its audience to “rise up to the occasion”, as Carreon puts it—no matter the fight.

Contemporary Art Forms Are Reaching New Inflection Points, And It Is Amazing

Stand Out From the Competition With Handmade Holiday Cards