Genrobotics has raised INR 2.5 crore in Pre Series A funding round from Unicorn India Ventures, Anand Mahindra and SEA

Robotics startup Genrobotics on Wednesday said it has raised INR 2.5 crore in Pre Series A funding round led by the company’s existing investor Unicorn India Ventures.

Billionaire businessman Anand Mahindra and SEA are the new investors who participated in the round.

Death of three people in Calicut, Kerala due to asphyxiation inside a manhole led the foundation of Genrobotics in 2016, when the company’s founders Vimal Govind, Rashid K, Arun George and Nikhil NP were still in college. Over the next year, the quartet built Bandicoot, a robotic machine engineered to clean any type of sewer manholes, to eradicate the menace of manual scavenging.

Last year, the chairman of Mahindra Group Anand Mahindra took to twitter to appreciate Genrobotic’s innovation. He wrote “There’s a lot of nervousness about the role of robots & AI in the future. But frankly, if robots can liberate people from this most degrading job in the universe, then I promise I will discard any doubts & always pray at the shrine of technology & robotics.”

“It was a great moment for us when Anand Mahindra took a personal interest in favor of robotic solutions for the real crisis hidden in. Mr.Mahindra has offered his full support on implementing Bandicoots in each and every corner of India for putting an end to this dehumanizing activity completely and it has accelerated the process of transforming the manual scavenging to Robotic scavenging,” said co-founder and CEO Govind. 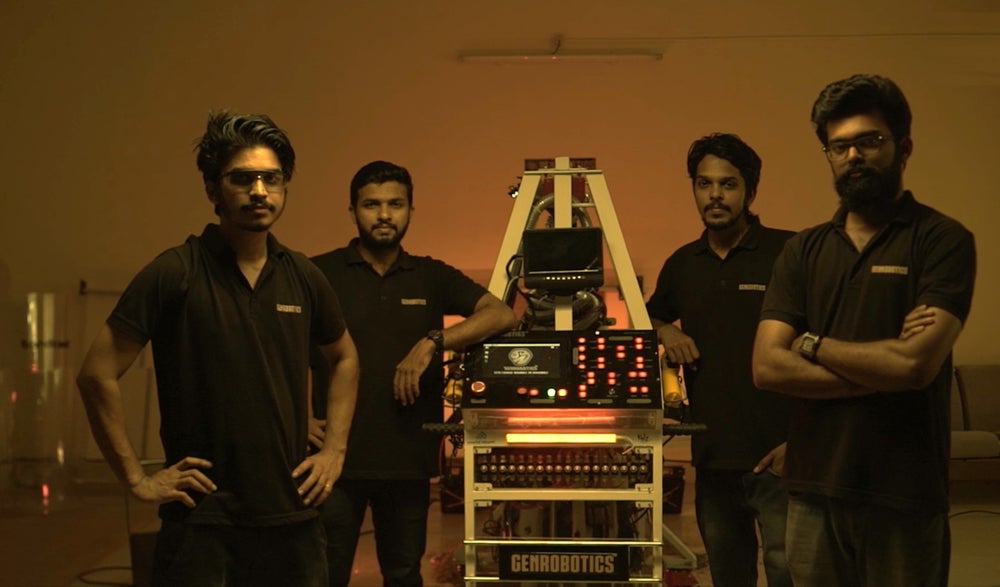 The company said it will use the fresh capital to further scale up production of Bandicoot to meet the growing demand and to develop new products for the healthcare segment.

“We are happy that we went against our rules of not investing in just an idea in the case of Genrobotics. When we met them two years back in Kerala, the prototype was ready and they needed funding for a commercial-ready product. We decided to back them as we saw the potential robotics can bring to certain socially important issues especially if the team backing the business is as passionate as we have seen in Genrobotics, said Anil Joshi, managing partner, Unicorn India Ventures.

“To facilitate their expansion plans, we have decided to back them up with additional funds.”

So far, the Thiruvananthapuram-based company has worked with the central government as well as several state governments and deployed Bandicoot in 11 states.