As consumption takes precedence over saving and investing among Indians, the notion of India as a country of savers may be fast getting outdated, shows a recent survey.

As much as 51 per cent of the 3103 respondents of the Retirement Survey released by PGIM India MF reported that they have absolutely no financial plan for their retirement. Of this, a whopping 89 per cent said they do not have any alternative income.

A shift in attitude towards money being increasingly seen as a medium to fulfill dreams and lead a better life from the earlier association of it as something that helps secure the future has pushed retirement to the backseat for most, the report suggested.

“With the rise of home loans, unsecured loans and credit cards, Indians are saving and investing less, and focusing more on current expenses rather than saving and planning for the future,” the survey stated.

When asked to rate several financial goals on the basis of priority, retirement fell at the bottom of the list. Children and spousal security and even fitness and lifestyle ranked higher. 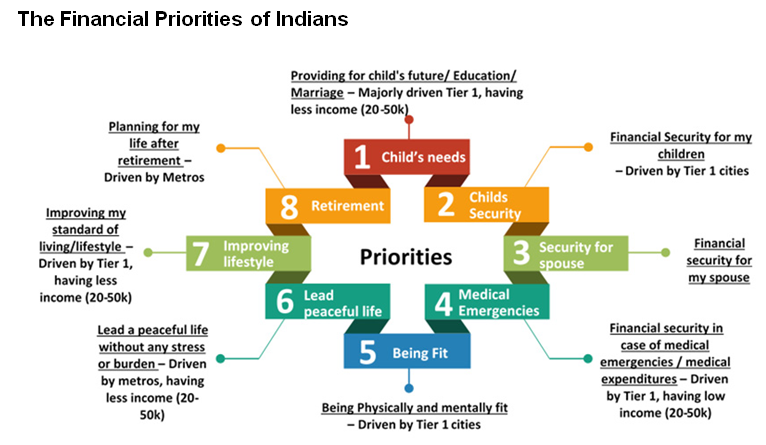 Even among those planning for their retirement, there seems to be a lack of awareness of the right kind of financial planning, the report shows.

Only 1 in every 5 respondents reported to consider inflation while planning for retirement, whereas 48 per cent respondents said they are not even aware of the amount required for life after retirement. Such people usually do not dedicate a separate corpus to retirement, and instead rely on their all-purpose funds and investments. This approach can prove costly if an unexpected emergency eats away into the corpus, putting you at risk of running out of funds in your golden years.

Moreover, people are still relying on low-return financial products for building their corpus, which may not be able to beat inflation and leave them with inadequate funds. 41 per cent respondents said they have focused their retirement investments on life insurance, while 37 per cent said they prefer fixed deposits

“The only financial goal for which you do not get a loan for in today’s world is retirement,” said Ajit Menon, CEO, PGIM India Mutual Fund. “This puts the onus for being prepared squarely on each of us.”