Is American Airlines Group Headed for a Breakdown?

American Airlines Group Inc. (AAL) may have formed a bearish chart pattern known as a double top. If the stock falls through its support line, a break...

By Christian Tharp July 16, 2021
This story originally appeared on StockNews

American Airlines Group Inc. (AAL) may have formed a bearish chart pattern known as a double top. If the stock falls through its support line, a breakdown could soon occur. Read more to learn how to take advantage of this trading opportunity.

The company’s operations were hurt by the coronavirus-led drop in travel demand, which negatively affected passenger revenues. The company incurred losses in five consecutive quarters. Management expects system capacity for the second-quarter to fall in the 20-25% range compared with the second-quarter of 2019. As more people have gotten vaccinated though, bookings are improving.

As of March, the company had $14 billion in cash compared with only $2.4 billion in short-term debt. However, AAL’s profit margin is dismal at -61.5%. Sales are down an average of 20.4% per year over the past five years, highlighted by a drop of 61.5% in the last year. The good news is that analysts forecast revenue to surge 340.2% year over year in the second quarter.

From a valuation standpoint, the stock appears quite undervalued with a trailing P/E of 2.81 and a forward P/E of 7.39. While the stock is up 29.7% for the year, it is down 10.2% for the month as momentum has been mixed as of late. This is evident in the chart below.

Take a look at the 1-year chart of AAL below with added notations: 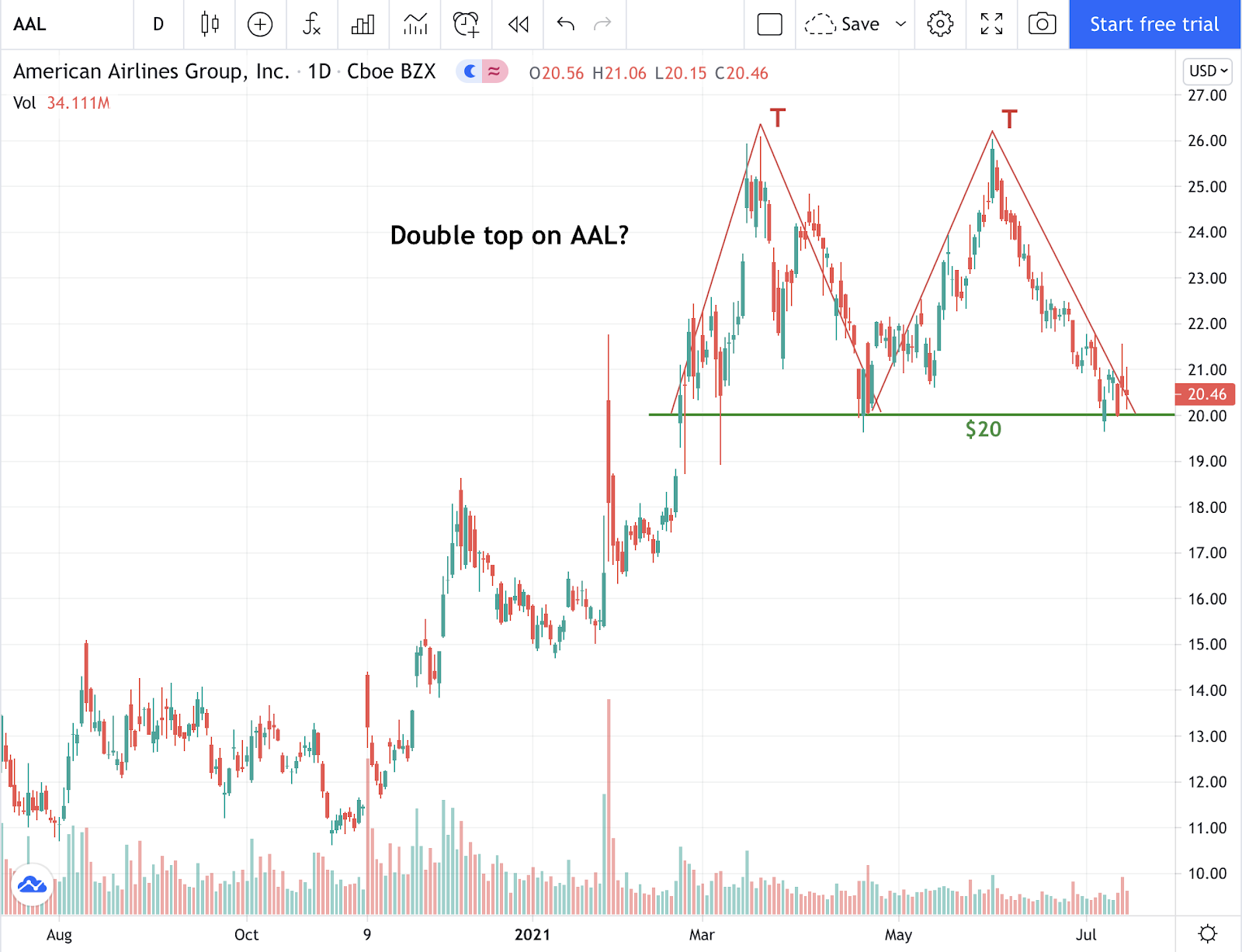 AAL may have formed a bearish chart pattern known as a double top. Double tops are reversal patterns and are as simple as they sound: Rallying up to a point (T), selling off to a support level, in this case is $20, and then rallying back up again to approximately the same top (T).

A short trade could be made on a break of the $20 support level.

The post Is American Airlines Group Headed for a Breakdown? appeared first on StockNews.com