Is Norwegian Cruise Line Setting Up for a Big Move?

An ascending triangle has formed in the chart of Norwegian Cruise Line (NCLH). If the stock breaks through its resistance line, a breakout is expected...

By Christian Tharp September 14, 2021
This story originally appeared on StockNews

An ascending triangle has formed in the chart of Norwegian Cruise Line (NCLH). If the stock breaks through its resistance line, a breakout is expected to occur. Read more to learn how to take advantage of this trade.

The company has been benefiting from strong demand and growth in booking volume. Its overall cumulative bookings for 2022 are ahead of 2019 levels. However, the impact of the COVID-19 pandemic on its business results is uncertain as the Delta variant remains a concern.

NCLH’s balance sheet looks good with $2.8 billion in cash as of the most recent quarter compared with only $361 million in short-term debt. While sales are down 99.5% year over the past year, they are expected to rise 3,232% year over year in the current quarter.

The stock appears overvalued based on its forward P/E of 35.09. From June to August NCLH’s stock was trending down. Performance has been mixed since as shown in the chart below.

Take a look at the 1-year chart of NCLH below with my added notations: 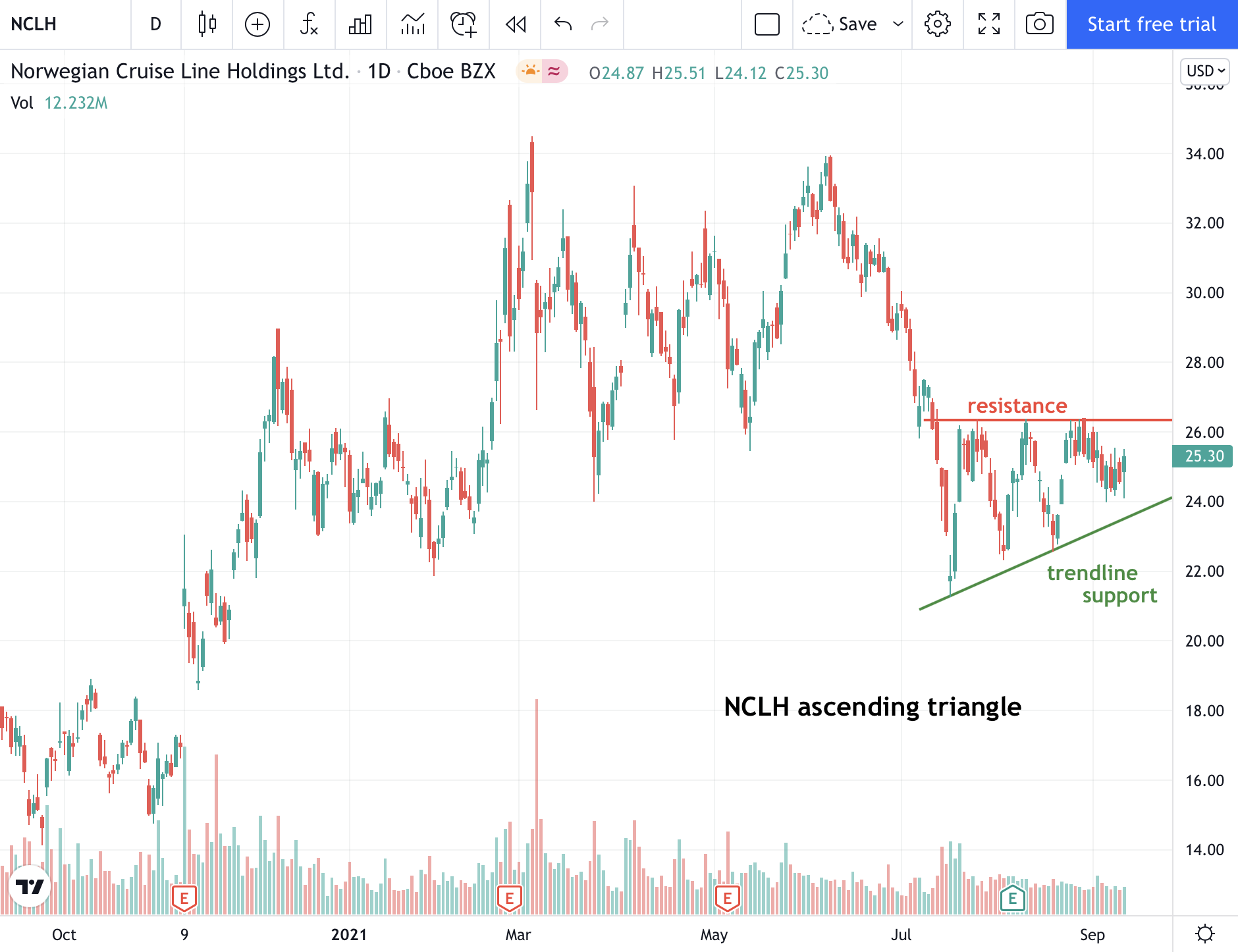 Chart of NCLH provided by TradingView

NCLH has formed resistance around the $26 (red) area over the past month or two. In addition, the stock has also started an up-trending support line (green). These two lines have NCLH stuck within a common pattern known as an ascending triangle.

A long trade could be made on a break through the triangle resistance level with a protective stop place under the entry point.

The post Is Norwegian Cruise Line Setting Up for a Big Move? appeared first on StockNews.com