Is Azul Headed for a Breakdown?

A support level and a down trending resistance line has formed in the chart of Azul SA (AZUL). These two lines have created a descending triable pattern, which is a...

By Christian Tharp October 14, 2021
This story originally appeared on StockNews

A support level and a down trending resistance line has formed in the chart of Azul SA (AZUL). These two lines have created a descending triable pattern, which is a bearish pattern. The stock is expected to fall through the support level. Read more to learn how to take advantage of this trading opportunity.

The company has been benefiting from a recovery in air-travel demand. This is especially true on the domestic front. AZUL’s traffic in August surged 176.9% year-over-year. It is also up 6.5% from its August 2019 level. In addition, an increase in e-commerce demand is boosting the company’s cargo business unit.

As of the most recent quarter, the company had $814 million in cash, up from $429 million in the previous quarter, and well above its short-term debt level of $47 million. However, analysts forecast earnings to fall 151.4% year-over-year in the third quarter.

The stock also appears overvalued with a forward P/E of 38.91. AZUL was showing bearish momentum from late June to late August, but performance has been mixed since, as shown in the chart below.

Take a look at the 1-year chart of AZUL below with my added notations: 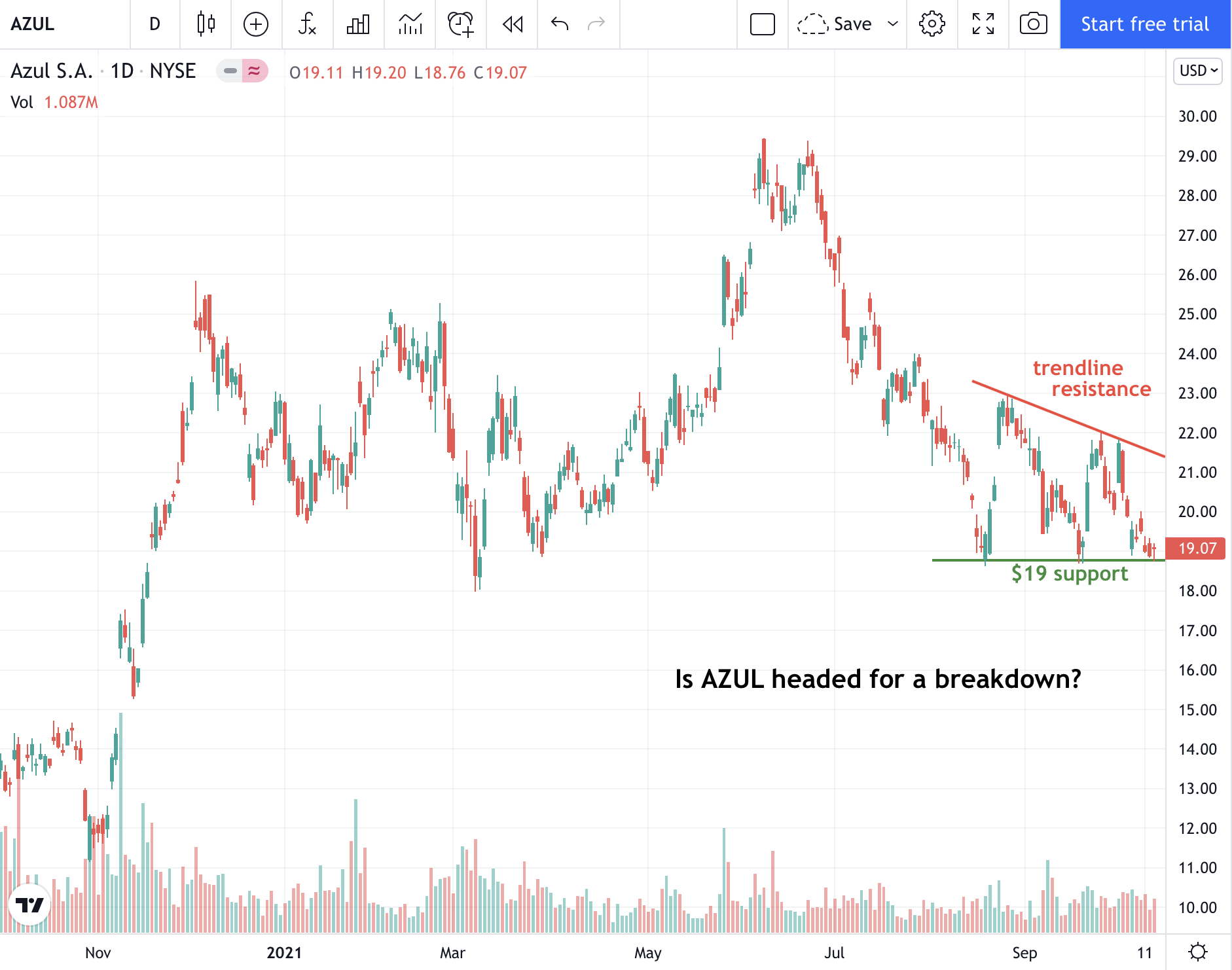 Chart of AZUL provided by TradingView

AZUL has formed key support at around $19 (green) over the past several weeks. In addition, the stock is also declining against a down trending resistance line (red). These two lines have AZUL trading within a common pattern known as a descending triangle. Eventually, the stock will break out of it.

A descending triangle is a bearish pattern.  A short trade could be made on a break of the $19 support level with a protective stop placed above the entry point.

The post Is Azul Headed for a Breakdown? appeared first on StockNews.com