The shares of KKR & Co. (KKR) have slumped nearly 25% in price year-to-date despite the company advancing several strategies to boost its operational performance. So, let's evaluate if it...

By Pragya Pandey June 3, 2022
This story originally appeared on StockNews

The shares of KKR & Co. (KKR) have slumped nearly 25% in price year-to-date despite the company advancing several strategies to boost its operational performance. So, let's evaluate if it is worth betting on the stock at its current price level. Read on. 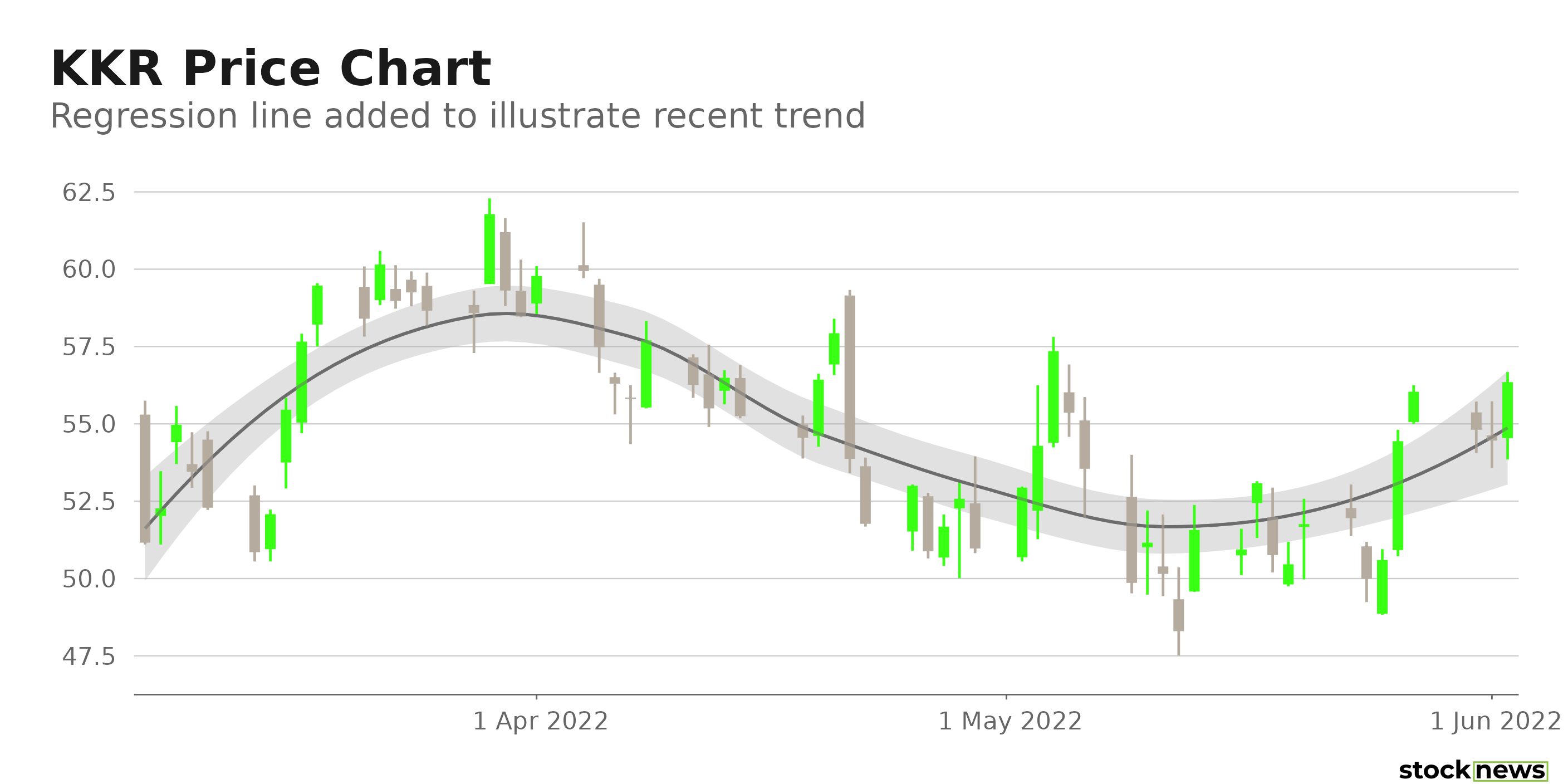 Here is what could shape KKR's performance in the near term:

Last month, KKR priced an offering of $750 million of 4.8% senior notes due 2032, issued by KKR Group Finance Co. XII LLC, its indirect subsidiary. The notes will be guaranteed by KKR & Co. Inc. and KKR Group Partnership L.P. KKR expects to use the proceeds from the issue for general company purposes. The notes will be offered and sold to qualified institutional buyers in the United States under Rule 144A and to qualified institutional buyers outside the United States in accordance with Regulation S.

KKR's total revenues decreased 78% year-over-year to $1 billion for the first quarter ended March 31, 2022. Its investment income declined 42.9% from the prior-year quarter to $1.65 billion. The company reported a $73.77 million net loss compared to $1.64 billion in net income the prior-year quarter.

KKR has an overall D rating, which equates to Sell in our proprietary POWR Ratings system. The POWR ratings are calculated by considering 118 distinct factors, with each factor weighted to an optimal degree.

Our proprietary rating system also evaluates each stock based on eight distinct categories. KKR has a D for Stability and Quality. The 1.48 stock beta is in sync with the Stability grade. In addition, the company's poor profitability is consistent with the Quality grade.

Among the 35 stocks in the F-rated Private Equity industry, KKR is ranked last.

Beyond what I have stated above, one can view KKR ratings for Growth, Value, Momentum, and Sentiment here.

KKR's deteriorating fundamental performance could raise investors' concerns over its prospects. In addition, analysts expect its EPS to decline 9.5% in the current quarter (ending June 30, 2022) and 1% next quarter (ending Sept. 30, 2022). So, we think the stock is best avoided now.

How Does KKR & Co. Inc. (KKR) Stack Up Against its Peers?

While KKR has an overall D rating, one might want to consider its industry peers, TCG BDC Inc. (CGBD) and Oaktree Strategic Income Corporation (OCSI), which have an overall B (Buy) rating.

KKR shares were unchanged in premarket trading Friday. Year-to-date, KKR has declined -23.94%, versus a -11.85% rise in the benchmark S&P 500 index during the same period.

The post Down 25% YTD, is KKR & Co. Stock a Buy? appeared first on StockNews.com