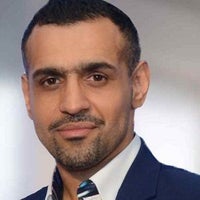 Bill Dosanjh is an Indo- British business entrepreneur. His curre​nt and previous responsibilities include managing and growing investments in a variety of business sectors, primarily leisure & sport, hospitality and entertainment.

With a background in sporting investments stemming back to 2006, Bill most notably launched “Khan Promotions” in the USA in 2010. Under Dosanjh’s close guidance Amir Khan gained international prominence and achieved the feat of becoming the two time world boxing champion. Thereafter, Bill has diversified into the sports entertainment sector having founded the Sports Media conglomerate, East West Sports FZ LLC in 2012.

In 2012, Bill co-founded the Super Fight League (SFL), a Mixed Martial Arts (MMA) sports league, alongside some of Bollywood’s leading celebrities. Subsequently Dosanjh developed a distinct value proposition for the league and bought out the other co-founders. A key aspect to this was the introduction of the franchise based league format and a unique point scoring system. Bill has successfully taken Super Fight League international focusing on India, USA, Canada and UAE. SFL has completed over 60 live events at a global level.

In 2017, Bill became the first promoter in Indian sports history to launch two leagues in one calendar year.  The introduction of the Super Boxing League (SBL) in July 2017 demonstrated the vast growth potential which still exists in an established and heavily commercialised sport such as boxing. Following the same model as the SFL, viewing figures proved fans enjoyed consuming boxing in this new and exhilarating format. In 2017, the promotion staged 31 events which were televised live on Sony ESPN in India, achieving a broadcasting outreach of over 500 million.

Through SFL and SBL, Bill has been active in creating a holistic ecosystem which maximises participation across both combat sports; MMA and boxing, in turn nurturing talent at a grass roots level whilst creating a stronger mainstream following.

Bill is now wholly focused on the Super Fight League (SFL) and Super Boxing League (SBL) with high aspirations to grow the brands internationally and facilitate the world’s first world championships in each of the respective combat sports.

Bill has been involved in various philanthropicinitiatives. He has also been a pioneer in promoting female empowerment at a global level. This is something embedded within the SFL corporate values and continues to be central to SFL’s global value proposition where male and female fighting talent compete on the same sporting platform. Beyond this, SFL has been a proponent for women to learn self-defence and has been providing their own workshops to facilitate this.

Outside of business Dosanjh is known to active in philanthropy, family-orientated, highly driven and ambitious. 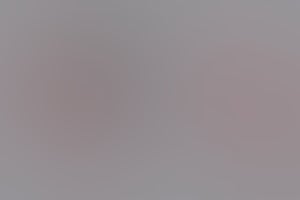 Being an entrepreneur is a lot like being a fighter and it takes fortitude, determination and a little bit of passion to be an ace
7 min read