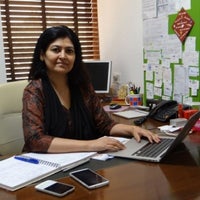 Dr Shikha Sharma is the founder of Dr Shikha’s Nutri Health, which is a platform offering comprehensive health and diet management programmes. A medical doctor by training, Dr Shikha hails from Kashmir and completed her MBBS from Maulana Azad Medical College, New Delhi.

It was while working as a Junior Doctor in Cardiology that she realized that most of the patients in the ICU have no idea about the root cause of their heart problem. They were also likely to relapse into unhealthy eating after treatment. This prompted her to set up Nutri Health, which is a professional and scientific preventive healthcare system. The organization has ayurvedic doctors and nutritionists who run various programmes for individuals.

Dr Shikha pioneered the concept of Nutrigenetics, which combines modern medicine techniques and the principles of Ayurveda. She has advised many celebrities, hoteliers, and Chief Ministers of Indian states, one Ex-Prime Minister among others, on diet and health management. With the proven concept of Nutrigenetics, she decided to help the masses and shifted her focus from working single handedly to having a group of intellectuals.

Dr. Shikha is quoted frequently by many leading publications. A well-known face on television channels, Dr Shikha is also frequently invited to give talks.

Dr Shikha is the recipient of many awards and honors for her work and achievements. She was awarded the Women Achiever Award by FICCI and the Gr8 Indian Women Award.  An alumnus of Modern School, she was given the Hall of Fame Award by her school. She is also the recipient of the Women Achiever Award by the Bharat Nirman Society. For her service in preventive healthcare, Dr Shikha received an award by the former Union Health Minister of India, Mr Ghulam Nabi Azad. Rashmi Bansal has also written about Dr Shikha in her book ‘Follow Every Rainbow’, a book on entrepreneurship.

India Today listed Dr Shikha as one of the Top 50 Young Achievers of the Country in one of their articles. She is also a recipient of the Aspen Global Leaders Fellowship (India Batch 3), which is awarded in Aspen, Colorado, USA. She is a fellow of the BMW young leaders, a non-profit foundation run by the German car company, BMW. Dr Shikha also served as the National Health Chair for Young Indians, a subsidiary of the CII. 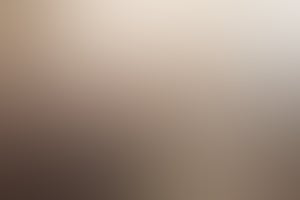 Few years into the business, I realized that the top line was growing, but the bottom line was taking a hit, not to mention customer complaints and employee attrition. That was when it dawned on me that the time had come for the next level of personal learning, which was very
4 min read