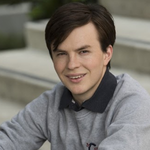 Jamie Beaton is the co-founder and CEO of Crimson Education.

As co-founder and CEO of Crimson Education, Jamie now helms a company dedicated to levelling the playing field in world leading university admissions. The world’s most successful college admissions company, Crimson now boasts a global student body of 2,000 students who are mentored and tutored by over 2,400 tutors who themselves have graduated from the world’s best universities including all Ivy Leagues, Stanford, MIT, Oxford and Cambridge.

In 2019, Crimson Education was named finalist in the Westpac Business Awards in two categories, Innovation and Service Delivery, while in 2017, Jamie and Crimson co-founder Sharndre Kushor were featured on the 2017 Forbes Asia - 30 Under 30 List. A few of Jamie’s other accolades include being declared New Zealand’s EY Entrepreneur of the Year, New Zealand Innovator of the Year, NZ Hi-Tech Young Achiever, and Young New Zealander of the Year.

Bend The Rules: 10 Tips For Entrepreneurs To Make It Big In The Business World

There is no age limit to becoming an entrepreneur. In fact, the younger one starts to contemplate about their entrepreneurial capabilities, or even try their hand at starting their first business, the better.