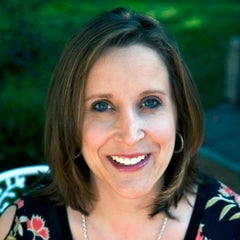 Founder and CEO of Vast Entertainment – The book-to-screen company

Lane Shefter Bishop, author of Sell Your Story in a Single Sentence, is a multi-award winning producer and director whose many accolades include an EMMY.  She is the CEO of Vast Entertainment, a book-to-screen company with numerous projects at both studios and networks, including feature films for Fox 2000, Silver Pictures, CBS Films & Liongate, and TV films for Lifetime, as well as TV series with Phoenix Picures, Atlas Entertainment, The Donner Company, Storyline Entertainment and Universal Cable Productions. She is most known for THE DUFF [released 2015, CBS Films/Lionsgate] and THE CHOKING GAME [released 2014, Lifetime], which Ms. Bishop also directed. CNN has dubbed her “The Book Whisperer” due to the sheer number of book properties she has set up to be adapted to TV and Film.

The key to good pitches is concise specificity.