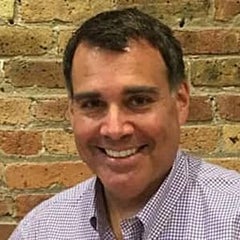 Founder and CEO, The Edge Desk

Marc Rosenberg is an innovator in product development and marketing and the creator of The Edge Desk, the world's only kneeling desk.  Most recently, Rosenberg and his design team launched The Edge Desk through a Kickstarter campaign that generated nearly $500,000, with sales of 1,500 desks in 41 countries in 42 days. Earlier in his career, Rosenberg was a vp of marketing at Hasbro, marketing high-profile toys like Furby. He has been interviewed by leading media outlets, includingThe Today Show, the Associated Press, CNBC, CNN, Wired, Huffington Post and others.

So, What's Harder? Taking on Kickstarter, Launching a Startup After Age 50 or Fighting Cancer?

An entrepreneur who convinced 1,500 people in 41 countries to back his product, then fought cancer, is mulling the answer.