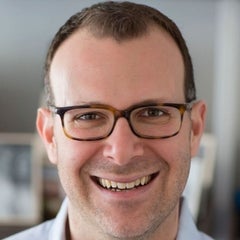 Michael Bassik is managing director and president of Global Digital Operations at MDC Partners, a fast-growing and influential marketing and communications network. At MDC, Bassik supports the growth of the network's strategic communications, media and digital agencies. He is also co-founder of DSPolitical, a political technology and advertising network; co-founder of The Dutch Sprinkle Company, an innovative food company based on New York's Lower East Side; and a board member of Civic Hall Labs, a non-profit organization based at the intersection of technology, politics and government.

Bassik has been named to such lists as Advertising Age's "40 Under 40"; PRWeek's "40 Under 40"; and Politico's Player to Watch. His work has been featured in the New York Times and the Wall Street Journal and on NPR. His testimony before the Federal Election Commission helped bring about free speech protections for political blogs and digital publications. He is a graduate of American University's Washington College of Law.

The lessons from 2016's presidential race can and should live on in the work of every brand marketer.