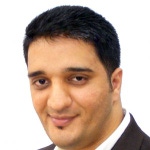 Prior to founding Ezyhaul, Mudasar served as the Managing Director – Singapore and Malaysia for UTi Worldwide, a $4.5 Bil. global supply chain management firm. In previous roles, he served as Director - Operations for SE Asia and as a General manager at Gati Ltd.

Mudasar holds a B.E in Industrial Engineering & Management from Bangalore Institute of Technology, and an MBA from the University of Southern California, Marshall School of Business.

Building on India's vision to be a $5 trillion economy by 2025, Nirmala Sitharaman announced a series of measures aimed at bolstering the flagging economy. The end result was a mixed bag of plans and policies eliciting a lukewarm response from the markets.