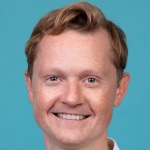 Peter Mühlmann is the founder and CEO of Trusptilot, a review platform for ecommerce. Over the last ten years, Mühlmann has led his company from a small Danish startup to an international, multi-million-dollar company with more than 700 employees, spanning seven offices and six different countries. In 2013, Peter Mühlmann was named Danish Entrepreneur of the Year by Ernst & Young.

5-Star Reviews, 5-Star Fraud. Are You Ready to Pay the Price?

Go about reviews the right way and you'll earn respect and trust in the process. Cheat and you risk everything you've built.