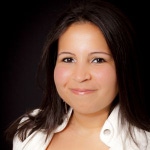 Reim El Houni, an active member of Young Arab Leaders, trained in the BBC and worked her way up the ladder primarily working on the production of corporate films, TV commercials, webcasts, and events. She moved to Dubai in 2007 where she was catapulted back into the broadcast world, producing and directing the first English language locally produced TV show for Dubai One. She became an Executive Producer and Head of Events at the channel, responsible for developing a range of lifestyle programming and for live TV coverage of key events in the Dubai calendar.

Reim launched her own production company Ti22 Films in January 2011 servicing both corporates and broadcasters. Ti22 Films has won 11 New York Festival Awards and an additional 13 finalist awards, and in 2014, was awarded its first Cannes Corporate Media and TV Award. Clients Reim has worked with include DAFZA, EGA, ENOC, DCAA, DTCM, GMG, LG Electronics, Reebok, and broadcasters such as National Geographic, Discovery Channel, BBC, and many more.

As Reim believes the future of the media industry is in online content, in 2014, she founded dubai ON demand, an online presenter-led lifestyle channel featuring a host of well-known Dubai personalities, where the world of branded content and influencer marketing collide. dONd has since evolved into a popular membership based personal branding vehicle with video at the core, for thought leaders and content creators. In 2019, a third video brand was born, Fusion Digital Content to support organizations develop regular social media video content.

Reim has served on the Jury of the New York Festival Television and Film Awards for seven years, and is regularly called to speak at events.  She also supports organizations as a media consultant and video strategist, and runs both in-house and public workshops to support entities with their video strategy.

Seeing is Believing: The Power Of Short-Targeted Videos (And How You Can Make It Work For Your Business)

There is a significantly higher chance of your customers watching your video content than there is of them responding to your emails, letters, proposals, or even reading information on your websites and blogs. So, what types of videos are working in "the new normal"?

From Consumer To Creator: Three Reasons Why Now Is The Best Time To Double Down On Your Video Marketing Plan

2020 has now made video creation a necessity. It is no longer a nice-to-have, but a must-have, and now is the time to double down on it.

Five Mistakes You Are Making When Creating Video Content

Your video content proves your work dynamically, hence it should be a priority to make sure it's well produced and adds to your marketing strategy.