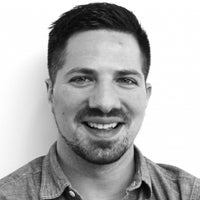 Russell Craig is the founder of Sharesi.es, a social media app that gives users rewards for sharing pictures and videos. He has worked in the fields of advertising and marketing for more than 10 years consulting for major consumer goods manufacturers in the CPG space. This is where he established his thinking that a lot of advertising communication is ignored or distracting from the way we go about our lives. For example, current advertising is often used to interrupt or create a break in the way we view media (i.e. Facebook feeds, television commercials). With Sharesi.es, users receive promotional rewards only when they want.

Russell is a resident of New York City and has spent time living in Western Europe, which he says, influenced his appreciation for more limited display advertising. While living abroad, his love for travel and food developed – likely why the pictures he shares on social media typically include one or both of these things.

Your Reviews on Social Media can now Reward You