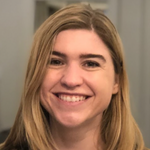 Samantha Henderson is co-founder and president of RevCascade, the dropship automation platform that powers a massive new ecommerce revenue stream for brands and retailers. Prior to RevCascade, Henderson worked at the Rubicon Project, a digital advertising platform that went public in 2014. She played key roles in Product, Operations and Business Development during her five years there.

Here's why this sometimes underestimated degree gave me the best chance to succeed.