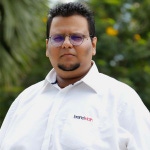 Shashank is the Co-Founder and Director of Tailor Made. He set up Tailor Made while rebranding Huez Entertainment, with a vision to bring in structure, technology and intelligent thinking in an otherwise unorganized sector of wedding planning and other social events.

“So far the wedding and social events space has been a very unorganized and very last minute industry, mostly  implementation. The idea behind Tailor Made is to bring design, thinking and tech at the forefront so that design & event agencies also become a part of the main marketing mix,” says Shashank.

Shashank brings in over more than 13 years of experience with a focus on creative & business Strategy, CRM, project management, marketing consultancy, and Live Event Intellectual Properties development. Shashank also holds a leadership position in BrandWidth Events. Before the entrepreneurial bug bit him, Shashank had also worked at Encompass Events &Procam International. His work at BrandWidth has earned him and the firm several awards from various bodies like the Gold awards at both the EEMAX Global and WOW awards Asia in 2015.

Shashank has also done many path breaking campaigns such as the Mountain Dew Jaanbaaz campaign in 2014 in which he led the design and creative of one of the largest stunt biking tours for Mountain Dew India covering 9 states and close to 200 cities across the country. He also led the execution and planning for one of the largest school activations undertaken by National Geographic India-the National Geographic Junior Hunt 2008, 2009 and 2010.Shashank also has to his credit the planning & execution of some of the biggest Toyota experiential & car launches across the country.

Shashank is an Electrical engineer from BIT Bhilai. He spends his leisure time catching up on super hero movies.

Indian Weddings: The Story of Luxury and Grandeur

Virushka, DeepVeer, Ambani, Piramal, do these ring a bell?