4 Things You Need to Know About China's Potential 'Lehman Moment'

Today's article features the SPY & EGRNF and reveals "4 Things You Need to Know About China's Potential 'Lehman Moment.'" Read on to find out all the...

By Adam Galas
September 23, 2021
This story originally appeared on StockNews

Today's article features the SPY & EGRNF and reveals "4 Things You Need to Know About China's Potential 'Lehman Moment.'" Read on to find out all the details.

There are no less than nine risk factors currently creating the "wall of worry" that the market has been climbing to a peak gain of 21% this year. 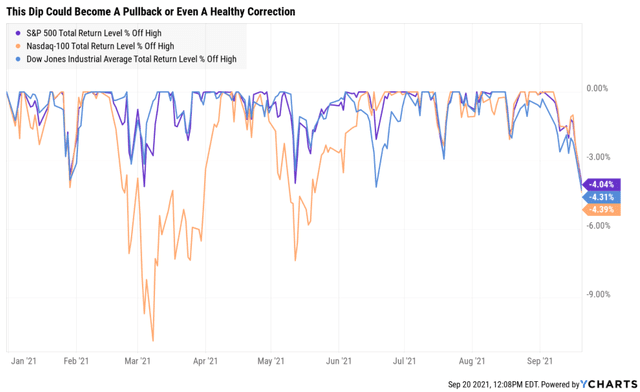 Well, we appear to be sliding down that wall of worry at the moment in what so far is a perfectly normal and healthy market downturn. The S&P 500, for example, is down just 4% from its record highs as I write this, not even a pullback, just a run-of-mill dip.

But there are a few risk factors that could potentially ignite a global financial crisis and China's potential "Lehman moment" is one of them.

So let's take a look at the four things you need to know about the Evergrande drama unfolding in China, and what it might mean for your portfolio.

While China has faced many small financial crises over the years, including several collapsing real estate developers, this time we face one of the largest risks to China's financial system in many years.

The world's most indebted property developer has been scrambling to pay its suppliers and warned investors twice in as many weeks that it could default on its debts." - CNBC

Evergrande Group is $305 billion in debt, an amount of leverage that could potentially pose a significant risk to the global financial system should this turn into a contagion event. 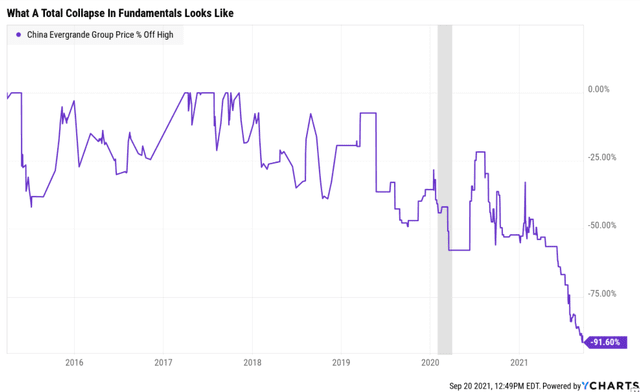 Investors are likely to see a total loss, as the company is expected to default on its debts starting this week, almost certainly forcing it to file for bankruptcy.

Why does Evergrande matter so much to Chinese as well as global investors?

Evergrande is everywhere. Its main business is in real estate, and it's China's second-largest property developer by sales.

Evergrande owns more than 1,300 real estate projects in over 280 cities in China.

Its property services management arm is involved in nearly 2,800 projects across more than 310 cities in China.

The company has seven units dabbling in a wide range of industries, including electric vehicles, health-care services, consumer products, video and television production units, and even a theme park.

The firm says it has 200,000 employees but indirectly creates more than 3.8 million jobs every year, according to its website.

Evergrande's shares and bonds are included in indexes across Asia." - CNBC

In other words, Evergrande is a mammoth company with its fingers in many parts of China's economy.

According to Fitch, banks could suffer a $100 billion loss in the event of a total Evergrande default.

An estimated 130 financial institutions have exposure to Evergrande's $305 billion in debt. And the peak losses are after factoring in the company's well-collateralized loans.

The reason that China's stock market is falling fast and hard is concerning. Evergrande is the first in a line of dominos that could trigger another global financial crisis.

That would require the government to not bail out Evergrande, which is what happened when the US Treasury chose to let Lehman fail in late 2008.

This could have a snowball effect, in which Evergrande's suppliers, banks, homeowners, and investors start to see massive losses.

Those losses could cause cascading failures across China's economy, and eventually in other parts of Asia. And thanks to the global nature of modern banking, that could start to ripple around the world, creating turmoil in global credit markets.

Part two of this series will reveal facts 3 and 4. We'll take a look at what is actually likely to happen, and what it means for your portfolio, and even how you might be able to cash in on the likely collapse of Evergrande.

Adam has spent years as a writer for The Motley Fool, Simply Safe Dividends, Seeking Alpha, and Dividend Sensei. His goal is to help people learn how to harness the power of dividend growth investing. Learn more about Adam's background, along with links to his most recent articles.

The post 4 Things You Need to Know About China's Potential 'Lehman Moment' appeared first on StockNews.com