Seriously, These People Never Use the Internet

Your digital marketing efforts are lost on a percentage of Americans who simply never go online.

A full 85% of Americans use the Internet.

That sounds pretty impressive, but when you think about the converse — the fact that 15% of American adults don't use the Internet — who exactly are the ~38 million Americans who look at the Internet and think "Nope, not for me"?

Well, the Pew Center for the Internet tried to find that out in a report released yesterday titled "Who's Not Online And Why."

Here's the breakdown of the people who are out: 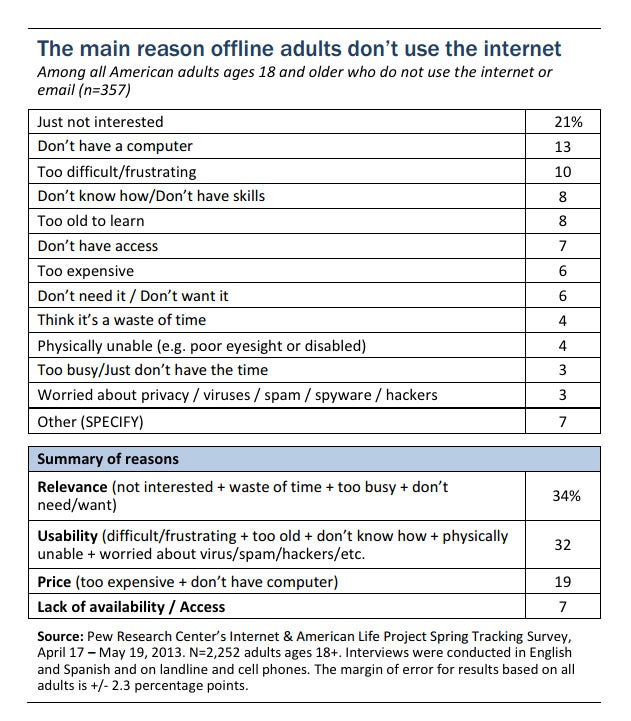 So of the people who don't use the Internet, a third just don't think that an electronic connection to a billion other humans is relevant to them.

Another third think that it's too difficult to use, or fear viruses.

Another third either can't afford or don't have access to the Internet.

This chart gives a demographic breakdown of the folks who don't use the Internet: 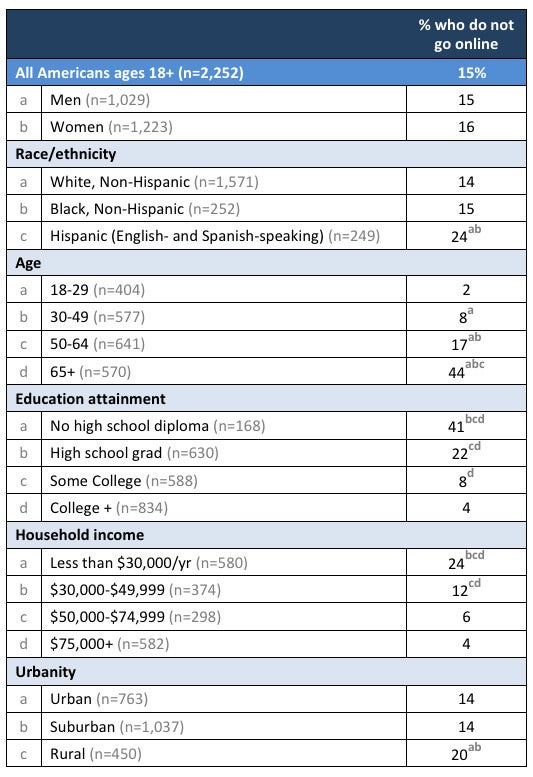 It's pretty remarkable who isn't using the Internet.

One in five rural residents don't go online. A whopping 44% of seniors don't either. A fourth of Hispanics don't.

Finally, this chart shows how this has changed over time: 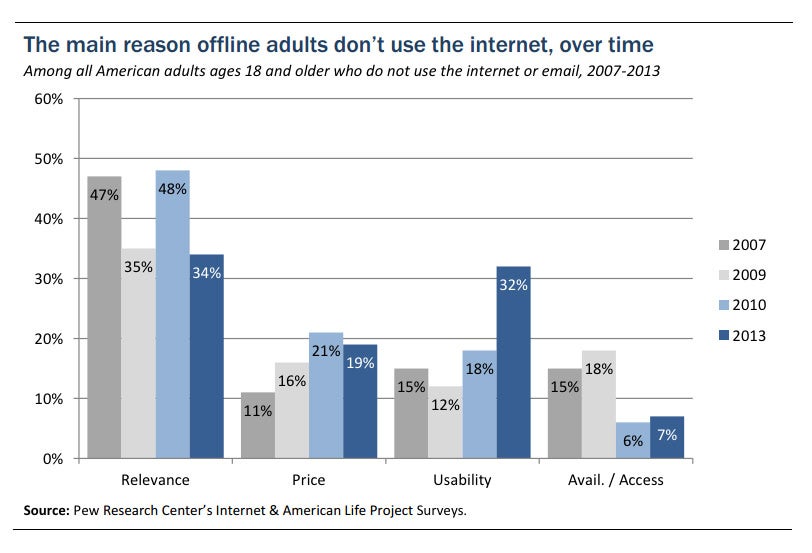 This contains some good news and some bad news.

The thing that should be most concerning is that the number of people who don't use the Internet because they personally can't use the internet — people who don't know how, think it's too complicated or that they're too old — has dramatically risen.

As for those who think it's not relevant, well, there's not much that can be done for them.

So anyone trying to increase access to the Internet is best off looking at the people stuck thinking they can't use the Internet.