Trump served the team a wide-ranging buffet of fast food options for dinner, including roughly 300 burgers.

On Monday, the Clemson Tigers took part in a White House visit to celebrate their national championship win over the Alabama Crimson Tide. 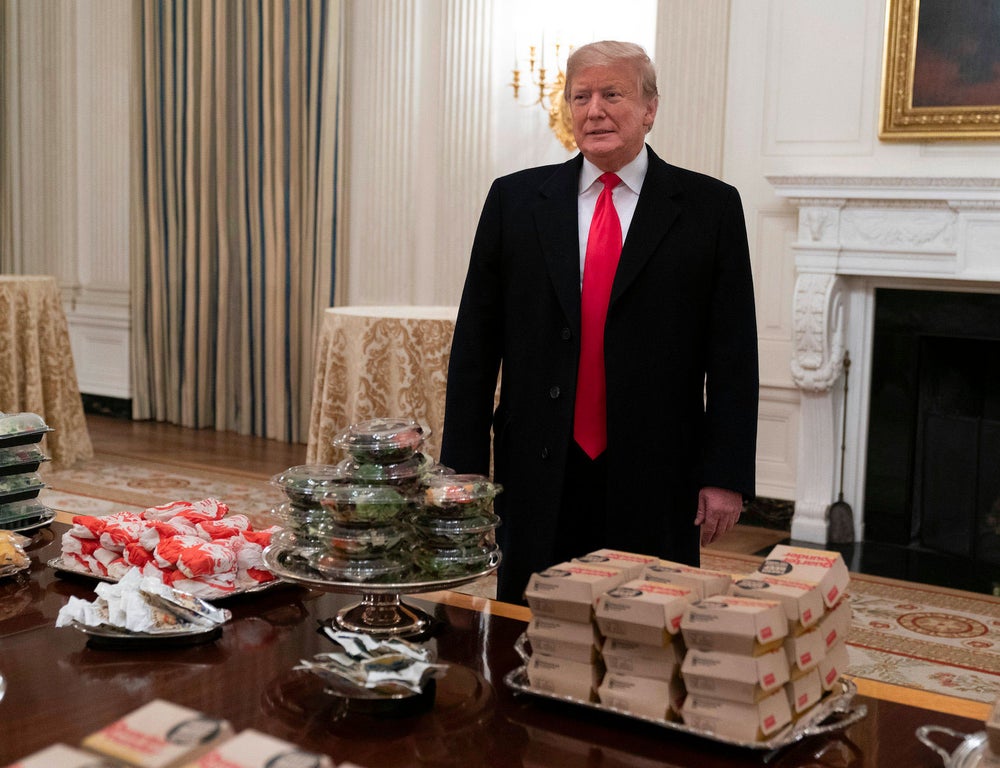 Here's a video I shot of President Trump showing off his 300 hamburgers. pic.twitter.com/P06S6I5w07