By Kareem Chehayeb
September 8, 2015
Opinions expressed by Entrepreneur contributors are their own.
You're reading Entrepreneur Middle East, an international franchise of Entrepreneur Media.

With much talk about the MENA region's e-commerce industry, some might assume that all's quiet on the m-commerce front. Wrong. There's T-Pay. Founder and General Manager Sahar Salama founded T-Pay relatively recently in January 2014, inspired both by regional problems and developments. At first she noticed what she describes as the "convergence of the IT and telco sectors," the latter being her area of expertise. With that, she was inspired to tackle a problem that entrepreneurs across the region have been trying to sort out. "Credit card penetration is low, mobile penetration is high and the conversion rate for buying online digital goods through a credit card is low," says Salama, leading to the eureka moment. She realized that sales could increase if consumers pay by including their transactions to their monthly mobile telephone bill; simply by entering a mobile phone number. The founder saw it as a more cost-efficient and safer way than the dreaded Cash on Delivery (COD) method, and reaches a much wider audience than credit cards.

With T-Pay covering almost the entire MENA region, I could only assume that the development process was difficult and tiresome. It was. "We needed to change mindsets in order to succeed," says Salama, elaborating that the regional telco business models wouldn't allow something like T-Pay to fit in. That means that these companies had to shift the focus of their business models from strictly "value added services" to give them some space to become what she calls a "payment enabler for third parties." Of course, there was also the tech side of things. Fortunately for Salama, T-Pay was able to partner up with an Operator in Egypt, and worked closely with them for a while. The startup's founder admits that she "knew that the only way this would work is to become real partners for the operators and offer them technical and operational assistance throughout this transformation." Rhe hard work did pay off, though. They've partnered up with 20 operators thus far.

As is to be expected, developing T-Pay was capital intensive. "Most of our initial investment went into product development," but says that this was important in creating "a valuable, versatile and scalable product." It was a successful gamble too. In less than two years, T-Pay's presence is region-wide, and Sahar Salama and her team were able to wind down their marketing costs. Most of T-Pay's capital goes into their technical and sales team, their "main area of investment at the moment." 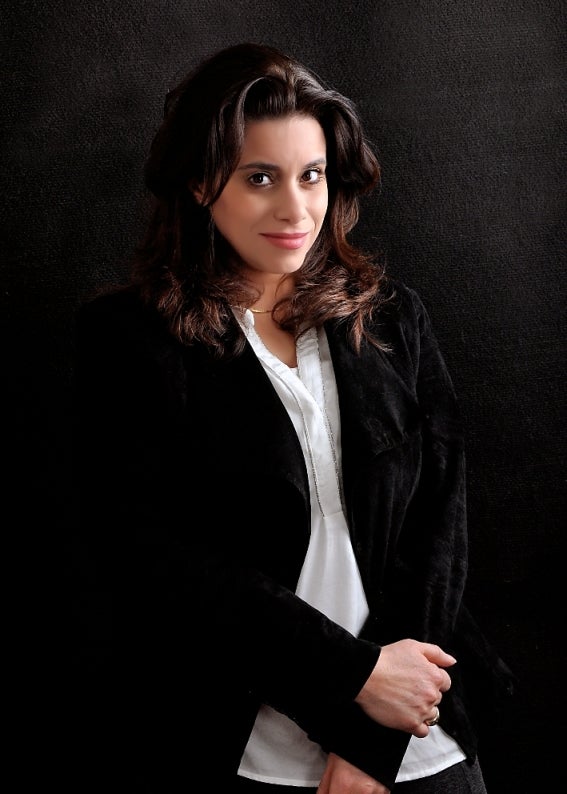 Salama also told us about T-Pay's investors: the company's initial funding came from OTVentures and its subsidiary company ArpuPlus. She was much less explicit about ROI, but claims that the number of transactions through T-Pay are "multiplying monthly month-on-month." I found the response valid, given T-Pay's positive reception across the region. Salama mentions that T-Pay "covers all the operators" in Egypt, Saudi Arabia, Jordan, Qatar, the UAE, and even Palestine. They also "have 70% coverage" in Kuwait and the tiny island GCC state of Bahrain.

What puts them above the rest of their e-commerce and m-commerce competition? The founder gives credit to two main factors, starting with "the phenomenal consumer reach we were able to achieve in the 18 months." sure, T-Pay's a unique platform, and I completely see how it could be appealing to consumers across the MENA region. That being said, I'm still baffled by how fast a concept like this could be adopted across many countries in less than two years.

That's where the second key factor comes in, which I think will be a more effective bargaining chip for T-Pay's future ambitions. Salama claims that they "are literally there at the doorsteps of our partners, whether merchants or operators," allowing them to cooperate with them on a closer level to make the most out of T-Pay's services and provide them with whatever help is necessary from a technical or sales angle. When asked about which market in the MENA region has been most enthusiastic about T-Pay, Salama listed Saudi Arabia and the UAE, as well as Egypt, known for a relatively low credit card ownership rate despite its large population. 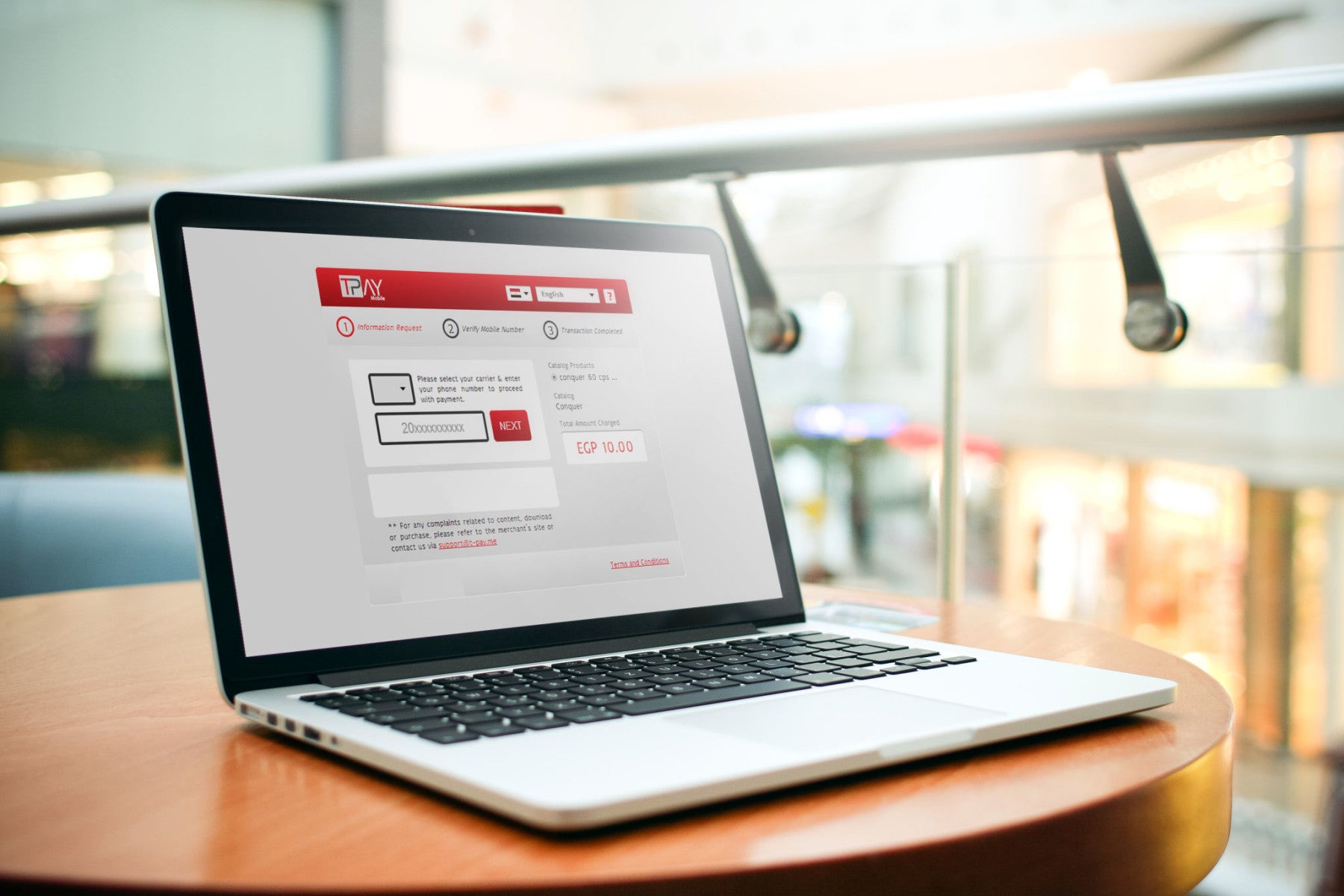 T-Pay's marketing strategy is simple as the startup has to deal with a narrow audience: mobile operators and merchants. "our marketing strategy for this phase focuses on businesses and are mainly business-to-business (B2B) activities," she says. That means that if you're at a MENA startup conference, keep your eye out for Sahar Salama and T-Pay. Given the service that T-Pay provides and how it works, it appears unlikely that this marketing strategy would change anytime soon, but Salama has hinted that the next phase would including directly reaching out to consumers. Future plans for T-Pay are simple: expansion. The objective this year is to "aggressively push to go live with operators in the rest of North Africa."

That said, she also plans to keep pushing merchants to get on board in countries that T-Pay has already set up in. T-Pay sounds like a platform with conviction, and Salama sounds nothing short of ambitious; so I asked her if she sees T-Pay as a solution that could finally put COD to rest, or if she sees it more as a stepping-stone to changing consumer trends in the region. Her answer might have been a reality check for all of us. T-Pay's market penetration hasn't reached what she calls the "physical good e-commerce sector," asserting that it will continue to rely on COD for a long while.

I personally think that a direct carrier billing m-commerce platform like T-Pay will be most successful for apps, music, and other software, but who knows where it will go in the future, given the region's budding ecosystem for "treps in the tech sector. Salama lists Dubai, Cairo, Amman, and Beirut as the cities with "first-rate fertile environments" for tech. Her advice to those ambitious entrepreneurs? "It's all about people!"

5 Steps to Master the Art of Negotiation