At first glance, Dani Afiouni looks like one of the many corporate executives you'd find in businesses across the UAE, but the Head of Marketing Transformation for PepsiCo in the MENA region serves as a good reminder of the old adage that one mustn't judge a book just by its cover. Sure, Afiouni is every bit the advertising and marketing industry veteran his resume claims him to be (he's been working in this sector for more than 17 years now)- but that happens to be only one facet of him.

My conversation with Afiouni was in his role as one of the founding members of OmniAthletes, which he describes as a group of "ordinary people realizing extraordinary feats"- and no, that is not hyperbole. Be it by completing the Triple 7 Quest (which consists of running seven marathons in seven continents in seven days), or by pursuing the Seven Summits Challenge (this involves climbing the highest mountain peaks in each of the world's continents; Afiouni has scaled five so far), this co-founder of OmniAthletes has managed to distinguish himself far beyond the confines of the corporate domain- and he now hopes to be able to inspire others to follow in his footsteps as well.

Afiouni's motivations to do what he does makes sense when you realize he's someone who grew up on tales of heroic individuals with a host of amazing achievements to their credit. However, he didn't want to only be hearing about such wins- he wanted to accomplish them himself as well. "I don't want to sit on the sidelines, and listen to someone else's story," Afiouni explains. "I want to be able to tell my own story." All things considered, it's a pretty stellar narrative that Afiouni wishes to craft for himself. This sentiment would explain the adventure seeker side of his personality, which has seen him indulge in everything from skydiving to mountaineering. 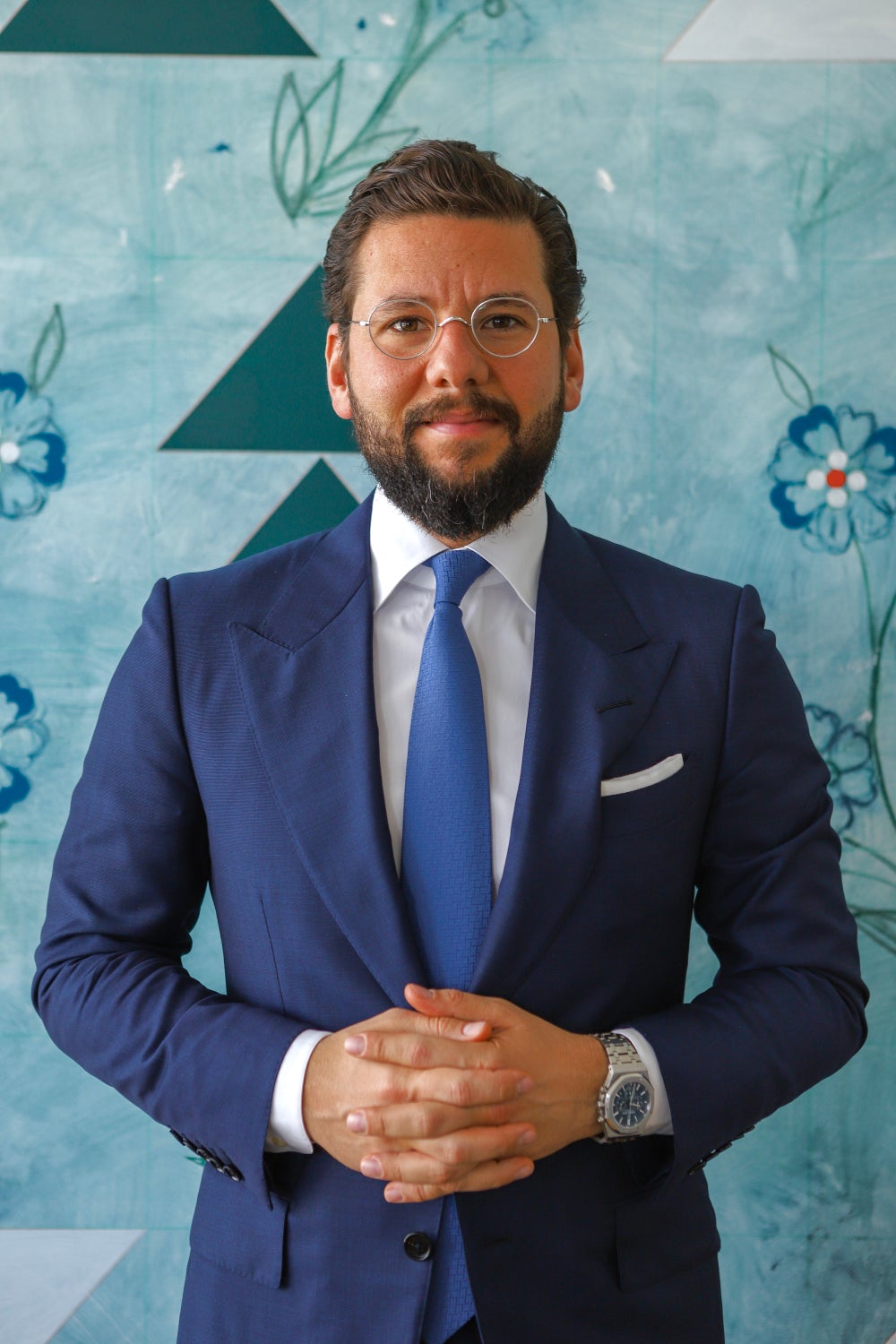 This is also what led Afiouni to create OmniAthletes (the name is a nod to the different disciplines indulged in as part of this group) with friends (and fellow corporate executives) Moustafa Mroueh and Mazen Mroueh, with the trio coming together to show that everyone -yes, everyone- with some drive, dedication, and discipline, is capable of accomplishing something remarkable, and thus be able to tell fantastic stories that have them as the central characters. "We're really trying to prove that if you're disciplined enough, you can have a full-time job, with a family even, and [still] knock down these crazy races in these crazy fields, which people often think are impossible to do," Afiouni says.

At present, Afiouni has set himself up to complete two globally renowned adventurer's challenges. One of these is called the Marathon Grand Slam, which has been completed by only 142 people around the world- this distinction is reserved for those who have run a marathon distance of 42.2 km (26.2 miles) or longer on each of the seven continents and on the Arctic Ocean at the North Pole Marathon. While Afiouni has completed this exercise, the other challenge he has his eye on is called the Explorers Grand Slam, which people can claim to complete if they're able to reach the North Pole, the South Pole, and all of the highest peaks in each of the seven continents of the world- as of today, only 66 people from around the globe can claim this honor for themselves.

Afiouni has already completed a fair bit of the two challenges- for instance, he's already reached the summits of Mount Aconcagua in South America, Mount Elbrus in Europe, Mount Vinson in Antarctica, Mount Carstensz Pyramid in Australia, and Mount Kilimanjaro in Africa. (For those keeping track of all the mountains, this means that Afiouni has the summits of Mount Everest in Asia and Mount McKinley in North America left to conquer.) In April of next year, Afiouni plans to reach the geographic North Pole for the second time (the first time was in 2016, during a North Pole marathon expedition trip), which leaves the South Pole (and the two aforementioned peaks) on his list to complete the Explorers Grand Slam. Afiouni is aiming to complete the pending challenges by May 2021- and if he does go about doing this, then there's a fair chance that he'll become the first in the world ever to have completed both the Explorers Grand Slam and the Marathon Grand Slam. 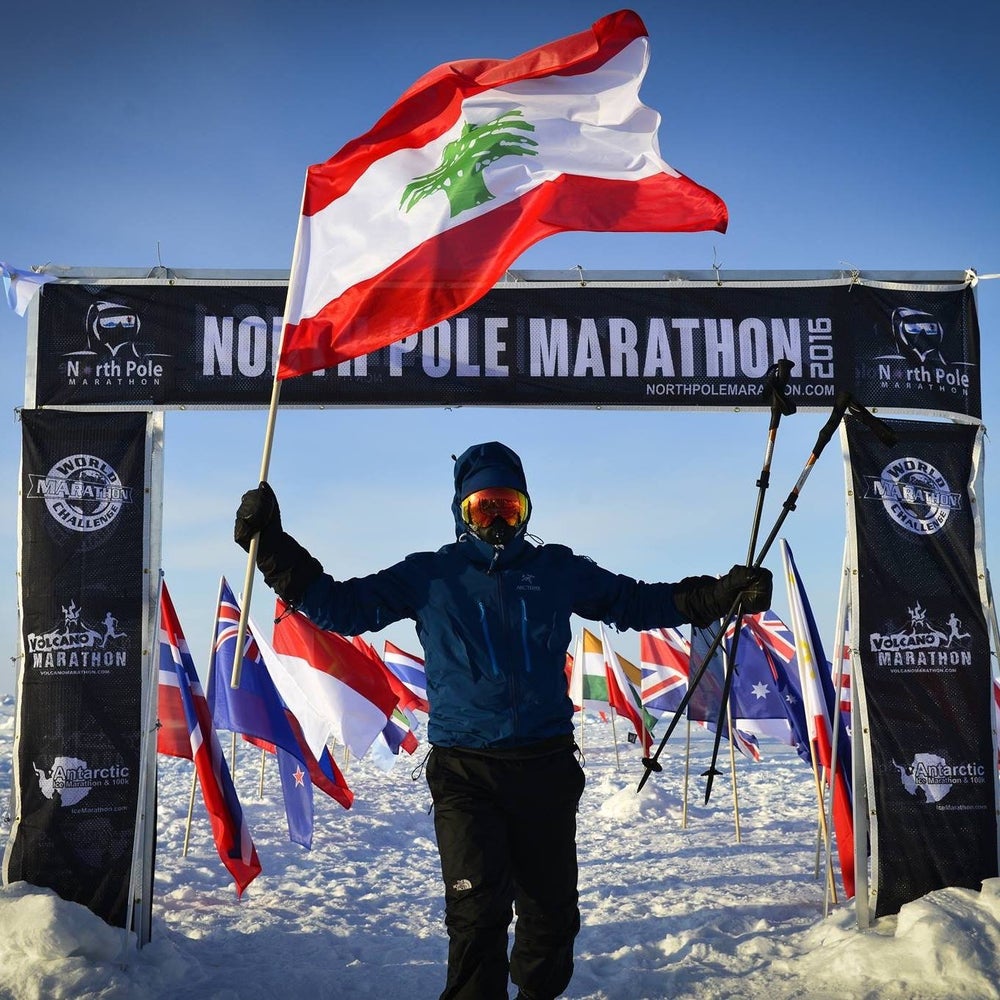 Afiouni does have some precedent in making world records: he and his fellow counterparts at OmniAthletes managed to secure the honor of being the first all-Arab team to ever complete the Triple 7 Quest. However, Afiouni tells me that he isn't really concerned with this- while snagging a record would be "nice-to-have," he's keener on ensuring he's getting to add more fantastic material to add to the story he wants to tell of his life. For all you entrepreneurs out there, it shouldn't be too hard to identify with Afiouni's motivations behind his pursuits- there are quite a few similarities that can be gleaned from the experiences of someone running a startup when all of the odds seem to be stacked against you, and, say, running a 42.2-kilometer marathon in the icy locales of the North Pole.

From learning how to focus wholeheartedly on a singular goal, to figuring out (and getting past) hurdles as they happen, Afiouni has used (and continues to use) the plethora of experiences he's had to inform what he does on a day-to-day basis at work and in life. Afiouni has also used his stories -which he proudly claims to be "written by me, with no one's help, but inspired by many"- to inspire and educate people around him, be it the colleagues that he works with, or students at schools in the UAE. In addition, Afiouni makes it a point to have his adventures result in social good as well, through his tie-ups with a variety of charitable initiatives in the region and beyond.

It's when Afiouni gets started talking about his experiences on his various adventures that one realizes that there are some great entrepreneurial lessons drilled into these stories that he has strived so hard to create for himself. Perhaps the most important of these is to define one's goals, and always use them to guide one's way forward. Afiouni's experience of running the Tenzing Hillary Everest Marathon in Nepal is a good example to explain this particular pointbilled as one of the highest (and not to mention, toughest) races in the world, this marathon has runners start at the base camp of Mount Everest and move through the cold climes of the Himalayas. "It's hard enough breathing there, let alone running," Afiouni remembers, and he remembers him and his fellow OmniAthletes coming close to giving up several times along the race. But the trio stuck together, and continued to push ahead- the overall goal is what kept them going forward, and if any of them did feel disheartened, the others would make sure to band together, and reiterate the vision they were trying to realize. 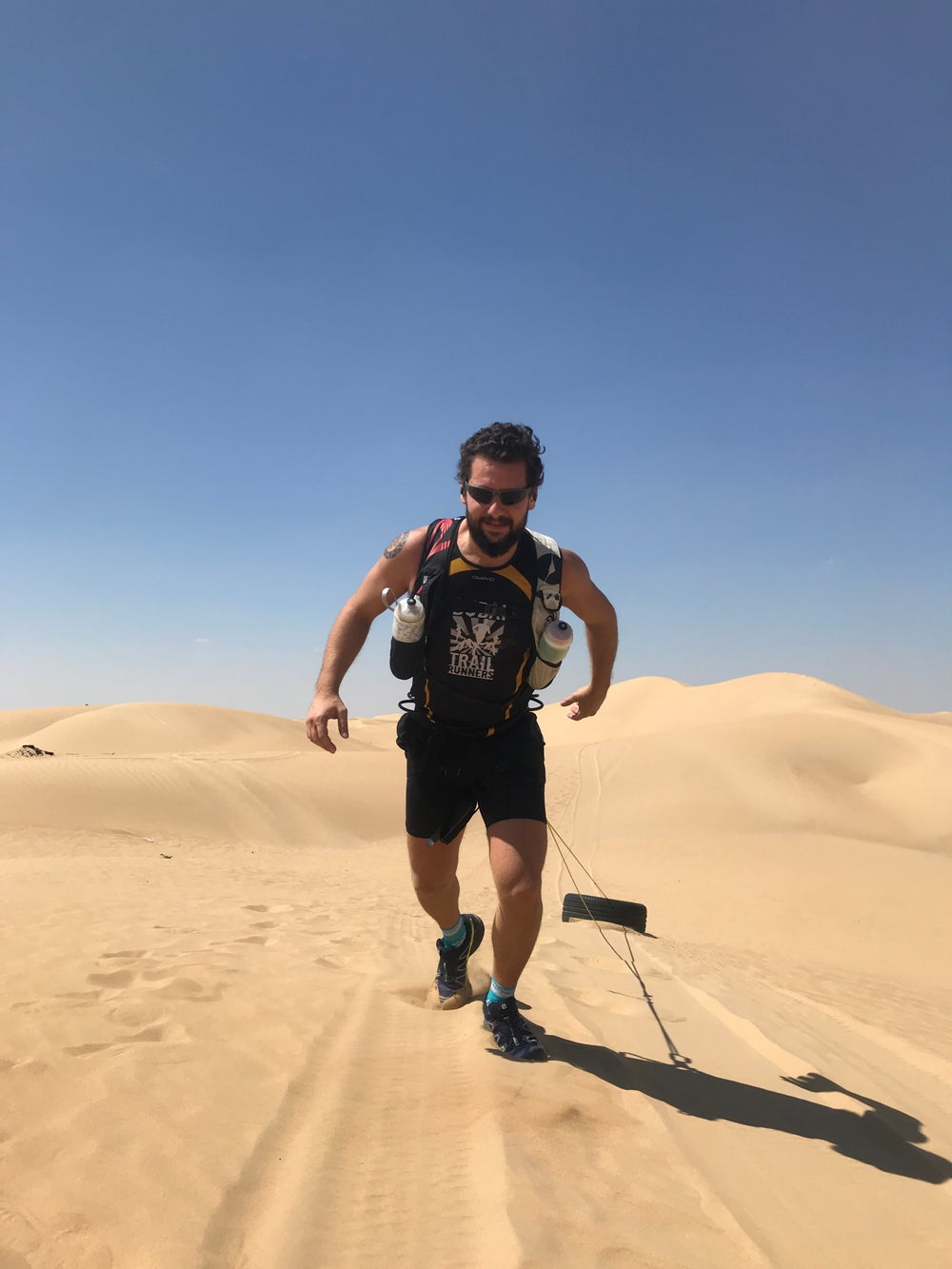 Afiouni points out that regardless whether you're climbing a peak, or whether you're navigating your fledgling business' trajectory, there's no escaping the headwinds that will try to derail you from your chosen path- it's only by keeping your eyes on the prize that you can get ahead. In Afiouni's case, understanding this paradigm has been central to all of his achievements so far- and he expects it to keep paying dividends in his adventures to come as well. Afiouni hopes that his and OmniAthletes' achievements will inspire people to aim high, do things they thought they weren't capable of doing, and work at being the best versions of themselves- essentially, he's hoping for the landscape around him to be filled with "ordinary people realizing extraordinary feats." Afiouni just happens to be a forerunner in this arena- it's now up to the rest of us to follow.