By Kareem Chehayeb
May 28, 2015
Opinions expressed by Entrepreneur contributors are their own.
You're reading Entrepreneur Middle East, an international franchise of Entrepreneur Media.

"The growing influence of websites like Facebook, Twitter and TripAdvisor inspired us to launch Hubb Media," says founder and CEO Chris Johnstone. He noticed that large brands are going the extra mile to digitally develop their own fan communities beyond the typical means of using social networks, and thought that smaller businesses could use that extra push as well. Johnstone, of Scottish origin earned a

Joint Honors Degree in Marketing and Economics from Strathclyde University in Glasgow, and comes from a family of entrepreneurs that were a source of inspiration: "I was surrounded by family members who ran their own businesses and I knew by the time I left university I wanted to follow in their footsteps."

So what is Hubb Media? Johnstone explains that the startup's goal is to "help brands improve the performance of their digital assets (websites and apps), by harnessing the power of content marketing, social media and user-generated content." Hubb Media provides three services, still considered "beta products." The first, Content Hubb, focuses on keeping web visitors engaged on a brand's website, keeping them on as long as possible and reducing bounce rate. The second, Review Hubb, is a "peer-to-peer review platform" which helps brands link satisfied customers with potential ones with a goal to increase sales and so on. Finally, Social Hubb, their most popular product, is "a content aggregation platform that allows brands to curate, moderate and publish social media con- tent on their own website and apps." 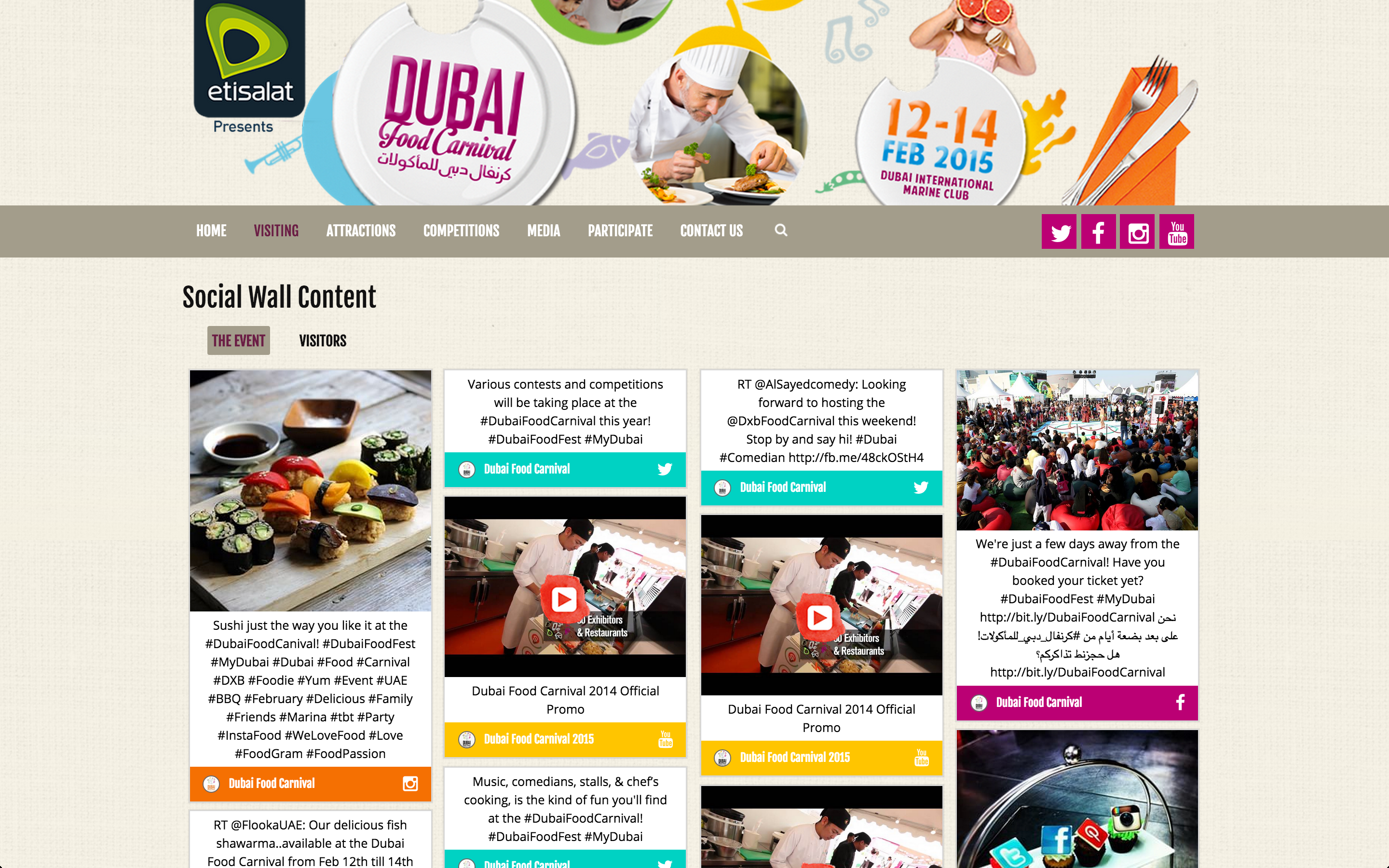 Developing Hubb Media required tons of research, and Johnstone says that their due diligence included spending a good amount of time studying various in- dustries like tourism, retail and FMCG (fast-moving consumer goods). They also took a look at internet giants like Facebook and Trip Advisor. Johnstone claims that the venture wasn't capital intensive, despite claiming that a successful "SAAS" (Software As A Service) business is a capital-intensive project. "It is however a low cost business model for a startup. There is no real cap-ex and you can scale the business as you grow." He mentions Hubb Media being bootstrapped to a Dubai-based digital agency while the products were in develop- ment stage. When it comes to costs, it all boils down to a few that are common in the startup world: "Salaries are our main overhead, followed by rent and license fees." Hubb Media has a team of five in Dubai Media City with four Cairo-based developers, and they are already transcending more borders as they are "also just about to open a small business development office in India." Though they've bootstrapped to kick things off, they're now ready to start raising their first investment round, having launched several products and generated revenue. The founder forecasts a 44% annual rate of return over the next five years.

How has Hubb Media been received so far? Johnstone says that "the feedback in the UAE and internationally has been very positive," not only citing positive comments but constructive criticism that he has taken very seriously. He predicts that 50% of their future clients will be made up of SMEs, which he believes is the best fit for Hubb Media. It comes as no surprise that Hubb Media puts a lot into their marketing efforts, with a heavy focus on their blog, newsletter, and SEO. It's all about traffic, and their "focus is on generating inbound leads from organic and paid traffic." Though Facebook is his favorite social media platform to stay in touch with family and friends, he finds it frustrating as a branding tool due to some recent changes in Facebook policy: "I don't get a chance to engage with brands very much on Facebook- their content rarely appears on my newsfeed unless as a paid advertisement." 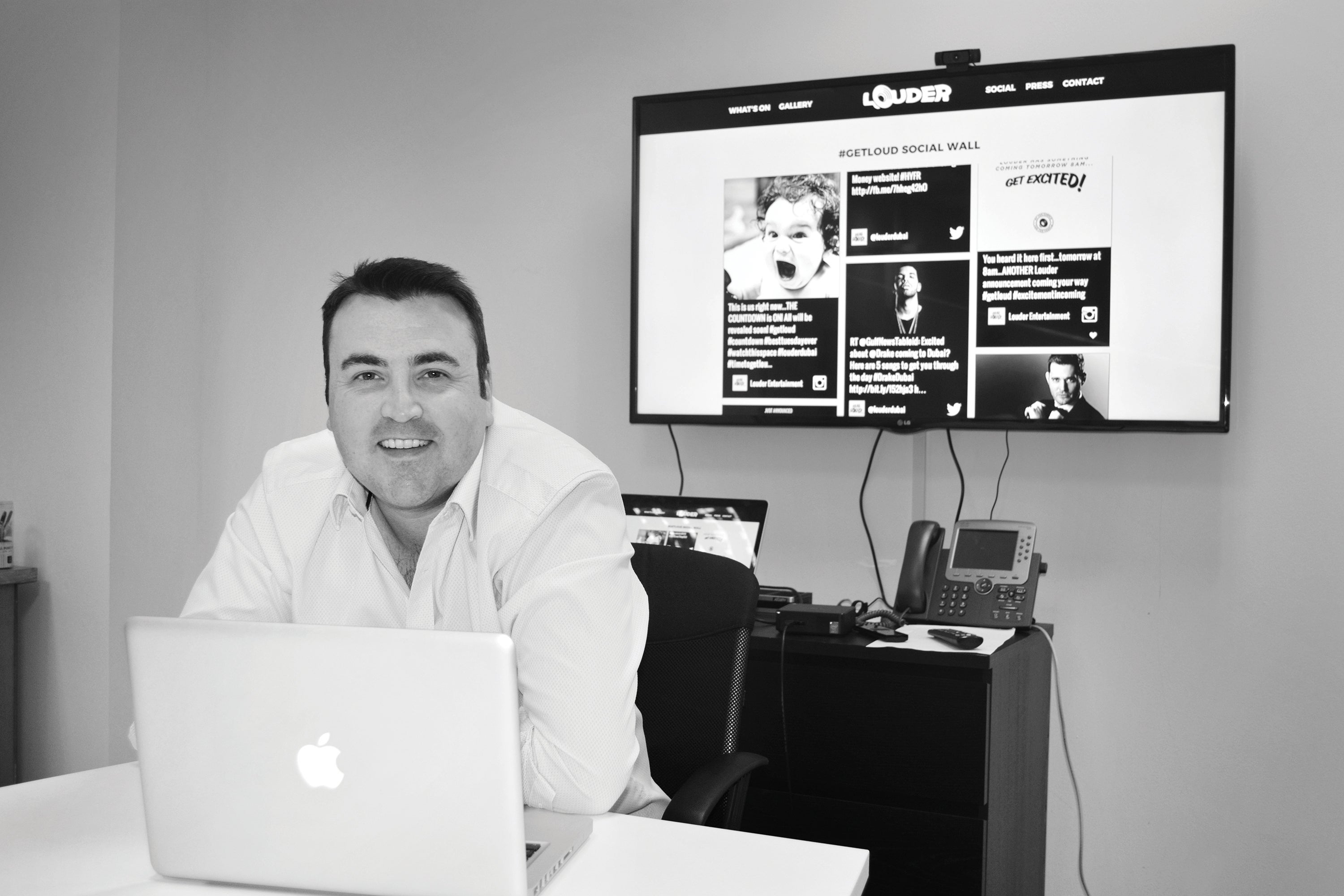 So what's next for Hubb Media? I asked whether they are expanding their reach internationally with a physical presence in India, despite already have customers in 10 countries. "As a SAAS business we can sell anywhere in the world 24/7." Given his experience with brands, and knowing the do's and don'ts of the business, I asked about some of the biggest mistakes business make in their branding effort. First of all, Johnstone believes that brands have measured their success for too long through social media followers and likes, rather than consumer interaction. But the second mistake he mentions seems to agitate him the most... and it makes a lot of sense: "It also frustrates me when I see brands running outdoor advertising campaigns and promoting their Facebook and Twitter links rather than their own websites," explains Johnstone. "These brands are promoting third party websites for free and in return those third parties are charging the brands to access their own fan base. It's crazy!" And what about branded apps? "All businesses need a great mobile solution but there has to be a very clear reason to choose an application over a responsive or mobile website." Johnstone, who headed up a digital agency for six years, says that he only recommended branded apps to half the clients that he worked with digitally. Citing that there have been over one million apps developed at the end of 2014, he brings up a valid point- how much is too much? "App development is expensive and consumers are starting to show signs of app weariness due to the sheer volume of apps in the market."

Johnstone wraps up our conversation with some words of wisdom for young and aspiring entrepreneurs: "You'll learn far more from your mistakes than you ever will from your successes." That's a top-notch message that people tend to forget about.