GCC Women Lean In By Starting Up

By Kara Schoeffling
March 8, 2015
Opinions expressed by Entrepreneur contributors are their own.
You're reading Entrepreneur Middle East, an international franchise of Entrepreneur Media.

"We hold ourselves back in ways both big and small, by lacking self-confidence, by not raising our hands, and by pulling back when we should be leaning in."

For women in the Middle East, participation in the labor force is not just about empowerment, it also makes clear economic sense. The International Monetary Fund (IMF) indicated that while women are more likely than men to graduate from universities in the MENA region, gender gaps in labor participation are at 50%. Christine Lagarde, Director of the IMF noted that "for the entire Middle East and North Africa region, the gap between men and women's participation in the labor force over the past decade was almost triple the average gap in the emerging market and developing economies. If this gap had simply been double instead of triple, the gains for the entire region, the Gulf countries included, would have been enormousalmost $1 trillion in output, amounting to annual gains of about 6% of GDP." Despite these statistics and the oft-cited barriers to entry such as access to funding, a small and determined cadre of women are starting their own companies, creating jobs not only for themselves, but for countless others. Here are a few women from around the GCC that have caught our attention in this particular regard: 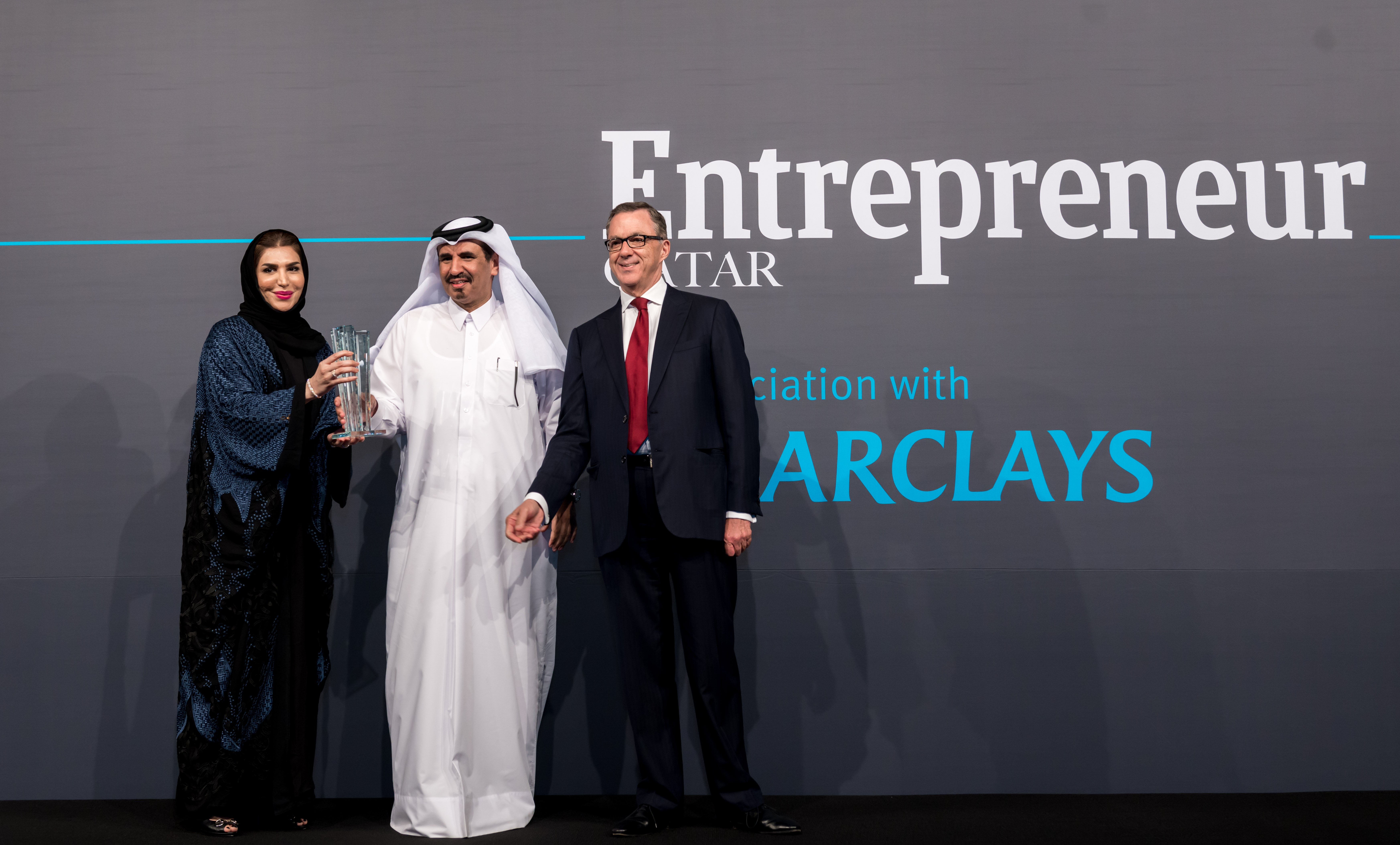 Buthaina Al Ansari is the founder and Chairperson of Qatariat, a company that specializes in facilitating Qatari women's workforce advancement with three segments: training and development, development consultancy, and a print publication. Al Ansari, an ardent supporter of women's development, is also the Qatar Women Leading Change ambassador. Recognized several times for her active involvement in both commercial and not for profit spaces, Al Ansari was chosen as Entrepreneur Qatar's 2014 Equality Enterprise Achiever at the Qatar Enterprise Agility Awards in association with Barclays, held in September of last year in Doha.

CEO and founder, i2 Institute for Imagination and Ingenuity, and co-founder, Diagnostics For All 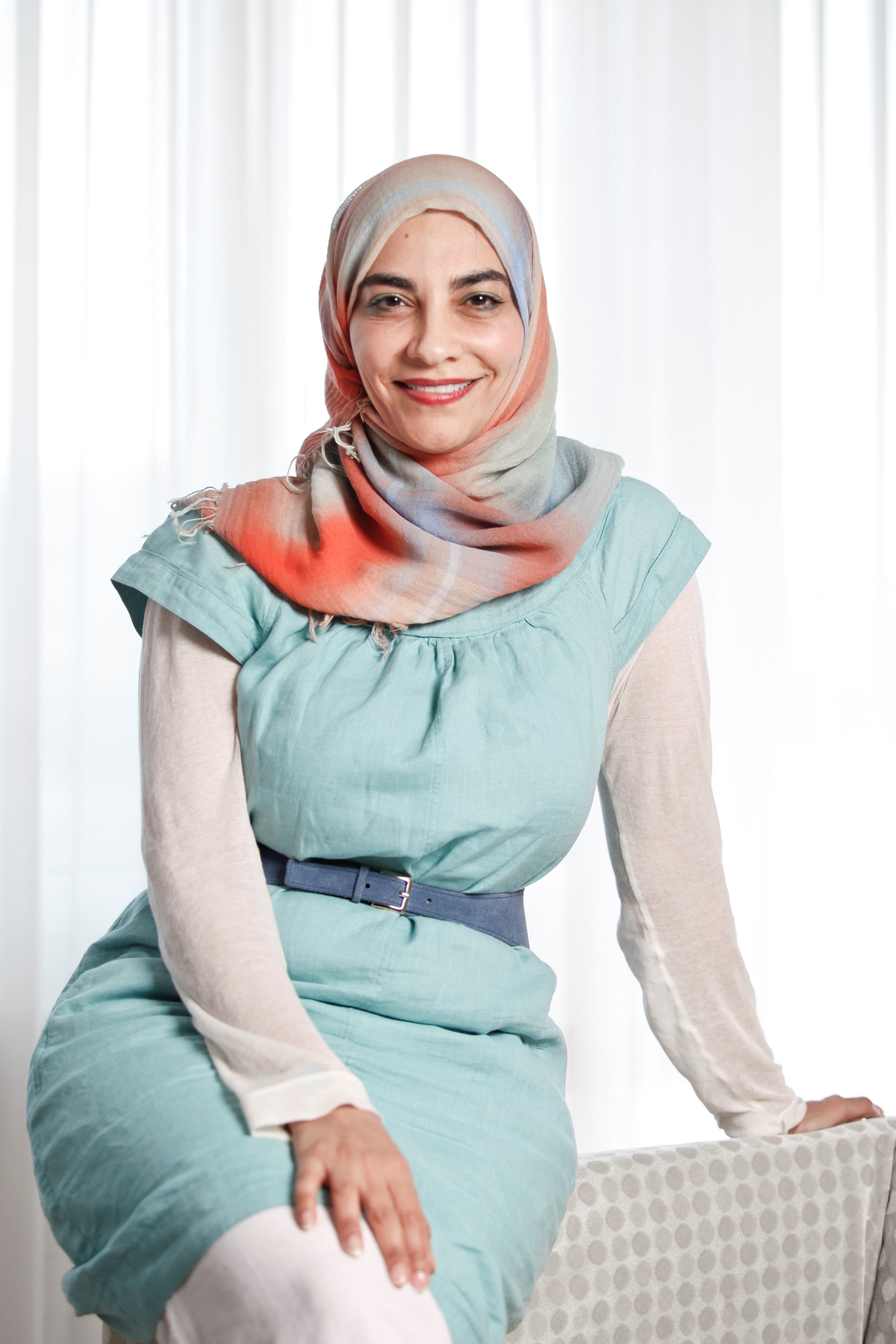 "Science should become more human," says Dr. Hayat Sindi, recently named as one of the most powerful women in Saudi Arabia, and a frequent power-lister for the MENA region. While Dr. Sindi holds a PhD in Biotechnology from Cambridge University, she'd rather be known as a social innovator and a champion of science and technology. If her impressive biography is any indication, Dr. Sindi has done it all, but says she aims to simply solve social problems with science. What social problem tops her list? The use of science to create alternative energy and to make affordable diagnostic healthcare available to all.

The entrepreneur's big dreams don't seem the least bit outlandish when you see what she has already accomplished as a co-founder of a non-profit organization (NPO) with a team at Harvard called Diagnostics For All. The NPO creates innovative, inexpensive, pointof- care diagnostic devices for people in impoverished regions. Dr. Sindi launched i2, the Institute for Imagination and Ingenuity, to encourage innovation among young scientists, technologists and engineers. Through fellowships, trainings and mentorships, i2 inspires the next generation of innovators so that they may realize their dreams, and ultimately contribute to Saudi Arabia's growing economy. "We need to link science to society," she explains, and her end goal state includes trying to change the way we think about science to make it practical, and that means empowering women through science and technology. 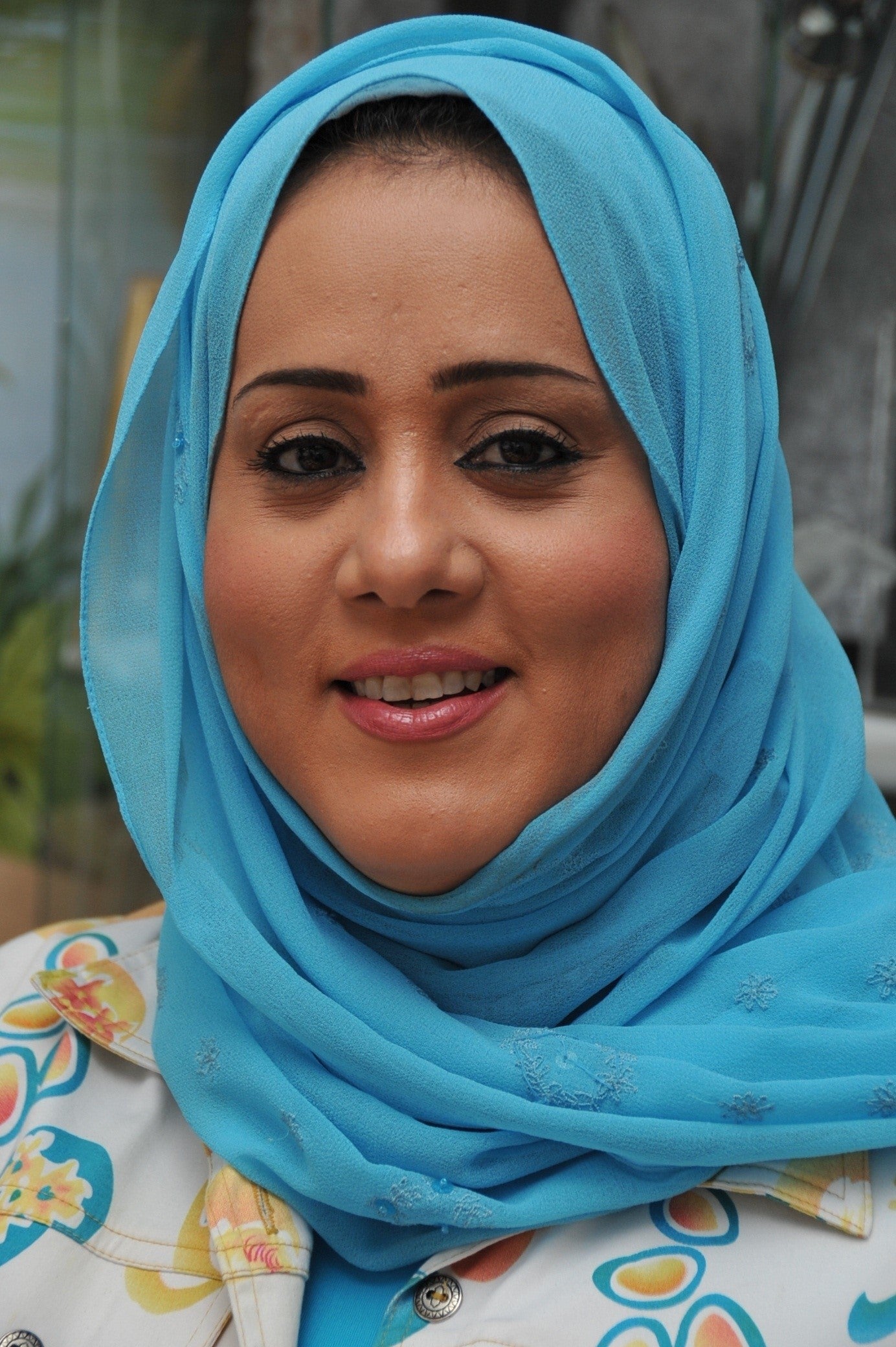 From being a homemaker to becoming a successful businesswoman in the male-dominated environment of cargo services, Bahraini national Huda Janahi bested the odds stacked against her as a woman in the closed-off logistics sector. According to Janahi, when she started her business, "they rejected my license," because she was a woman. Custom's clearance was only granted to men when she first put her application through, but fortitude of personality and a desire to succeed caused Janahi to question established custom's regulations. Requestingian explanation as to why she was denied the necessary clearances, she ultimately credits her persistence and determination, enabling her to become the first woman in Bahrain with this license- the required custom's clearance. "I'm proud. I changed many things in my country, because I am insistent." While female entrepreneurs in the Middle East still face big challenges in accessing capital, the most successful (like Al Ghunaim and Janahi) will always find a way. From launching her company with a modest $4000, Janahi puts the current day valuation at approximately $16 million. 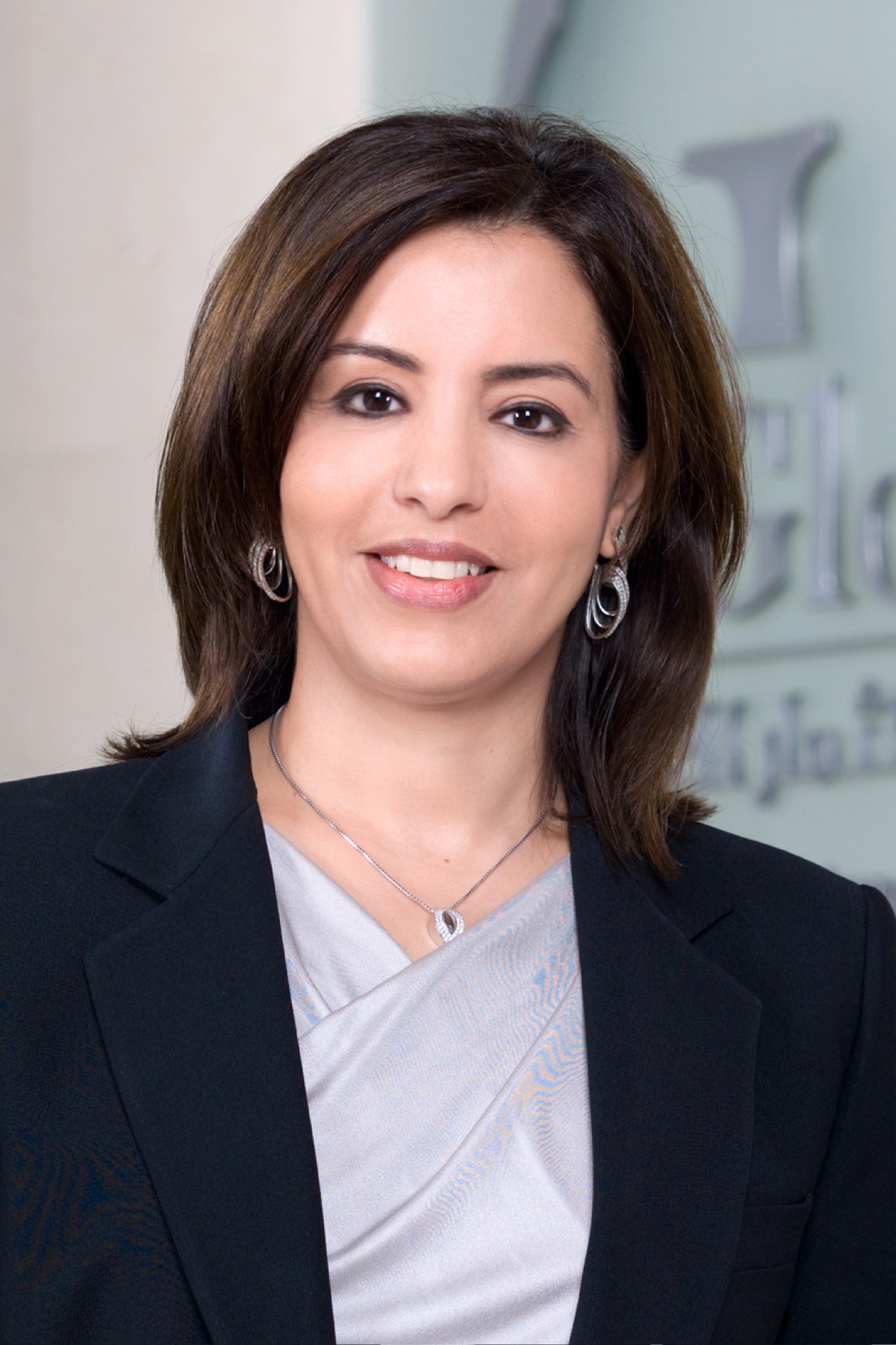 Fifteen years before Sheryl Sandburg penned her New York Times bestselling book promising women worldwide that by "leaning in" they could unlock their greatest career potential, Maha Al Ghunaim and a handful of other trailblazing women had already "leaned in" in one of the boldest ways possible- by starting their own companies in the Middle East (often in male-dominated industries). Al Ghunaim's company, Global Investment House, later became the very first Kuwaiti company to list on the London Stock Exchange, and now manages a formidable US$4.3 billion in assets. Back then, Global was a small startup, with only a very determined woman at the helm. Today, the company plays a key role promoting investment opportunities across the Middle East through its brokerage, asset management, and investment banking divisions. Like Al Ghunaim's peers and up-and-comers, women in MENA are defying the odds stacked against them in terms of gender, culture and industry to build sustainable and profitable businesses. Through sheer will and relentless determination, these women blazed entirely new trails- "leaning in" by starting up. "We have seen a lot of startups fail simply due to the lack of a feasibility study, and a clear and viable business plan. Spend time to understand the market, the clients, and most importantly the competition, and create a business idea that will give you a competitive edge." 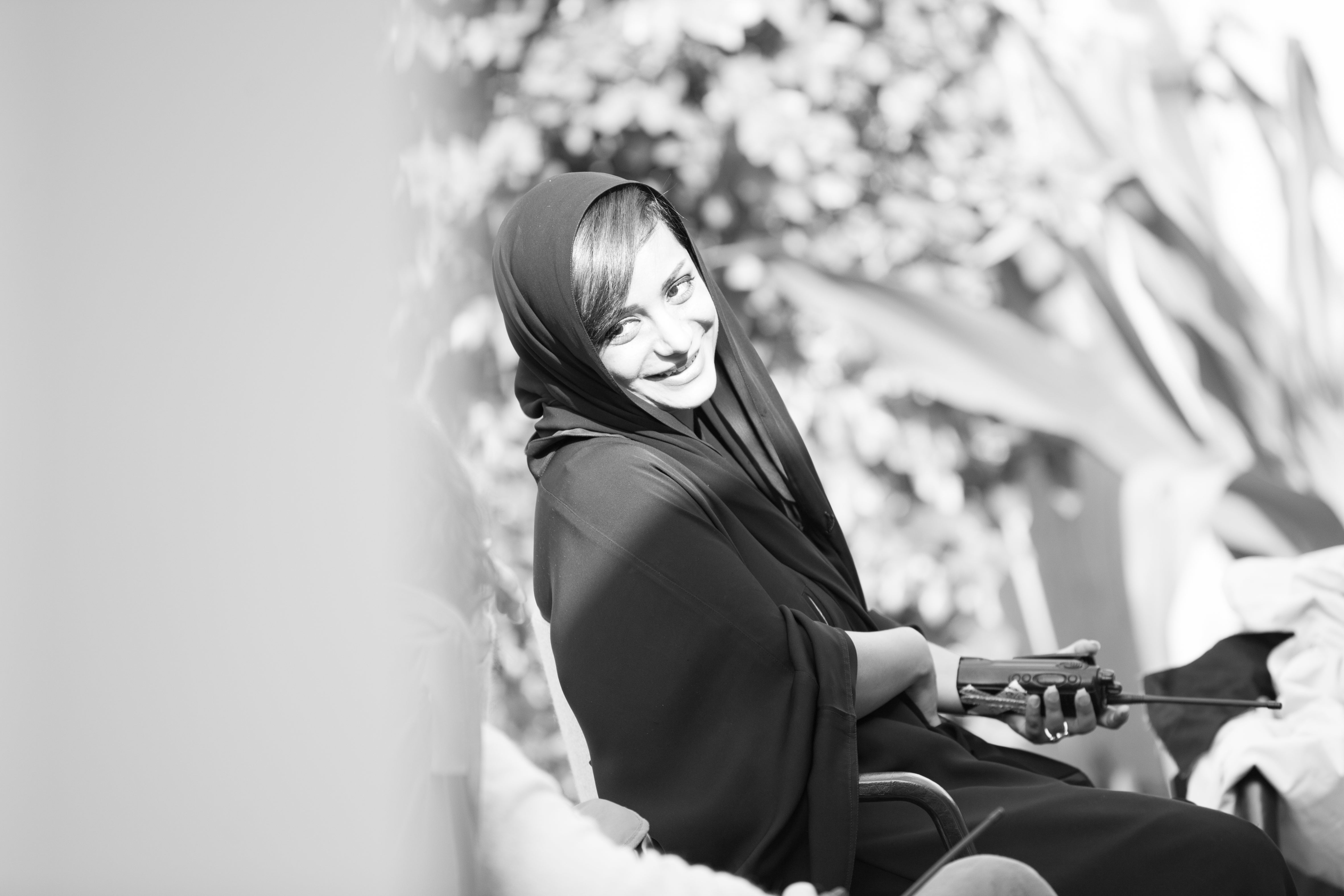 The entrepreneurial backstory of the UAE's first female filmmaker and founder of UAE-based film production company D-Seven Motion Pictures, Nayla Al Khaja, seems like a thrilling scene out of a well-scripted movie. Unconventional and passionate, Al Khaja's description of her trek is enough to keep any audience riveted. Unlike some of the other entrepreneurs in the region, she believes being one of the few women in her field is a card played to her advantage in the UAE. The arts-friendly UAE leadership were extremely supportive and encouraging, according to Al Khaja. Her interest in making movies was sparked by a mixture of passion for telling stories, connecting people and cultures, and "intertwining and promoting peace through film," she explains. Unorthodox (effective) tactics pepper Al Khaja's rise in the industry, including how she overcame the restriction placed upon her by her parents: she was told she couldn't study filmmaking in Canada unless she married. "When I asked my husband to marry me, he almost choked at the table because I had only known him for two weeks," she says, calling it the most memorable "scene" of her life should she ever translate her adventures to the big screen. Her proposition terms were that she would sell her car and give him half the money- should he consent to wed. The Emirati artist did indeed marry for love, but it was for the love of film. D-Seven's impressive client rosters currently lists Dubai International Film Festival (DIFF), Cartier, Nestlé, Nike, and Samsung amongst others.

Statistics on women starting up in the Middle East are difficult to come by, but the Global Entrepreneurship Monitor (GEM) 2012 Women's Report states women run only one out of every four startups overall in the Middle East. While women are still a small minority in the startup circuit, their businesses are gaining momentum proving that women are "leaning in" in big ways all across the globe, including the Arab world. While the success rate for startups is still on the lower end of the spectrum, it demonstrates that it is an attainable state despite the challenges unique to women. A growing number of young entrepreneurs like Nayla Al Khaja agree that in the Middle East, "being a woman is a very positive thing."