Noticing a gap in the growing market of social media analytics with respect to a solution catered toward the Arabic language, KSA-based startup Lucidya aims to offer a solution.

By Pamella de Leon
April 21, 2019
Opinions expressed by Entrepreneur contributors are their own.
You're reading Entrepreneur Middle East, an international franchise of Entrepreneur Media.

With businesses realizing the need to leverage social media as a marketing tool, and along with that, properly analyze the data from different channels to cater to the right target audience, it comes as no surprise that MENA entrepreneurs are seeing a window of opportunity in this particular space. Noticing a gap in the growing market of social media analytics with respect to a solution catered toward the Arabic language, Abudallah Aseeri, founder and CEO, and Hatem Kameli, co-founder and CMO, came together to launch Lucidya, an AI-powered, Arabic-focused social media listening tool that allows businesses to understand their customers better by getting access to real-time consumer insights.

Though Aseeri and Kameli have been working on the platform since February 2015, the startup officially launched in late 2016, with the enterprise taking almost two years of R&D to develop the high-tech product, requiring immense time and effort, wherein they also joined KSA's Wadi Makkah accelerator program. For its business model, Lucidya operates as a SaaS company, wherein it provides subscriptions to clients to use their platform online. As with any startup, Lucidya faced its own share of trials in its early beginnings. A main hurdle Aseeri says was gaining trust from local companies as a startup- since their offering requires complex algorithms, most local companies doubted the duo's capabilities. "They didn't believe that a company like us -both Saudi and [a] startupcould provide such insights," Aseeri remembers, with some testing the product, and despite seeing its effectiveness, they were still doubtful about the offering. In order to work around this, the startup started offering free trials for customers, alongside an affordable pricing model that had both friendly payment terms and an easy cancelation policy. This strategy proved to be a hit, as it encouraged customers to subscribe and test the product worry-free. This led Lucidya to land a few "big" clients, and that in turn encouraged more prospects to sign up for the platform.

"Step by step, the snowball started to roll," Aseeri says. Though he and his co-founder didn't disclose any figures, they proudly state that Lucidya's sales have tripled from last year. "The very advanced technology we are using, along with our uniqueness in the region encouraged two of the top technology companies in the world -Microsoft and IBM- to invite us to a very selective program to support us in what we do," he adds. They've piqued the interest of investors too- the startup initially had a financing round two years ago from a local VC for around US$130,000. In January this year, Lucidya successfully closed its Series A round, raising around $1.2 million, led by Business Incubator and Accelerator Company (BIAC), Monshaat, Abu Nayyan Holding, and other undisclosed investors. 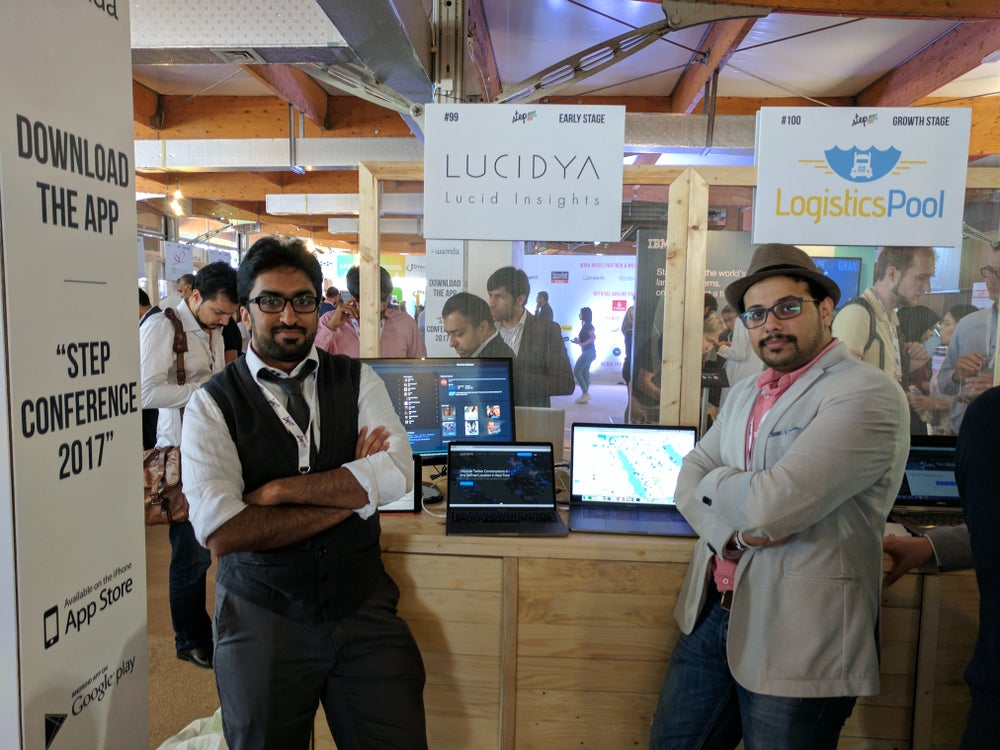 The founding team's backgrounds certainly seemed to have helped: Aseeri, an alum of the US-based Virginia Polytechnic Institute and State University, as well as Saudi Arabia-based King Abdullah University of Science and Technology (KAUST), had founded three tech startups in the past seven years, while Kameli was the founder of iClick, a startup focused on digital marketing services, with an educational background in IT and business as well. Given their entrepreneurial stints in the region, the duo was familiar of the MENA's precarious funding landscape, which is affected by factors like a limited number of VCs, as well as the riskaverse mentality of investors.

However, the founder and CEO commends the startup's lead investor BIAC on making the process "less painful and faster than expected" this time around, enabled in part with the fact that BIAC owns and operates Badir, the incubator that Lucidya was a part of. As for Monshaat, Abu Nayyan, and the other investors, it was thanks to the joint efforts of the founders and BIAC as they scouted suitable investors that held a similar vision to theirs. The team intends to leverage their newly acquired capital and partners to boost their growth as they work on dominating the Saudi market, and also expanding to neighboring countries like the UAE, Egypt, and Kuwait.

There's definite market value for the product. Aseeri points out Sprout Social's research of how 74% of consumers make purchasing decisions using social media, which makes social media a must for businesses in this day and age. But what makes Lucidya stand out in the social media analytics space in MENA? Aseeri asserts that their clients subscribe to their platform as Lucidya's dashboard displays deep insights and statistics on topics or hashtags they're interested in, with its algorithms for Arabic text analysis being its main USP. "Lucidya can analyze Arabic text to know what's behind the post," Aseeri explains. "This includes the sentiment of the person writing the post, the topics of the post, the dialect, the writer interests', and much more." The Arabic language is difficult to interpret, with many forms, dialects, and various spelling conventions, making any system struggle when it tries to automatically take in information from translated text. 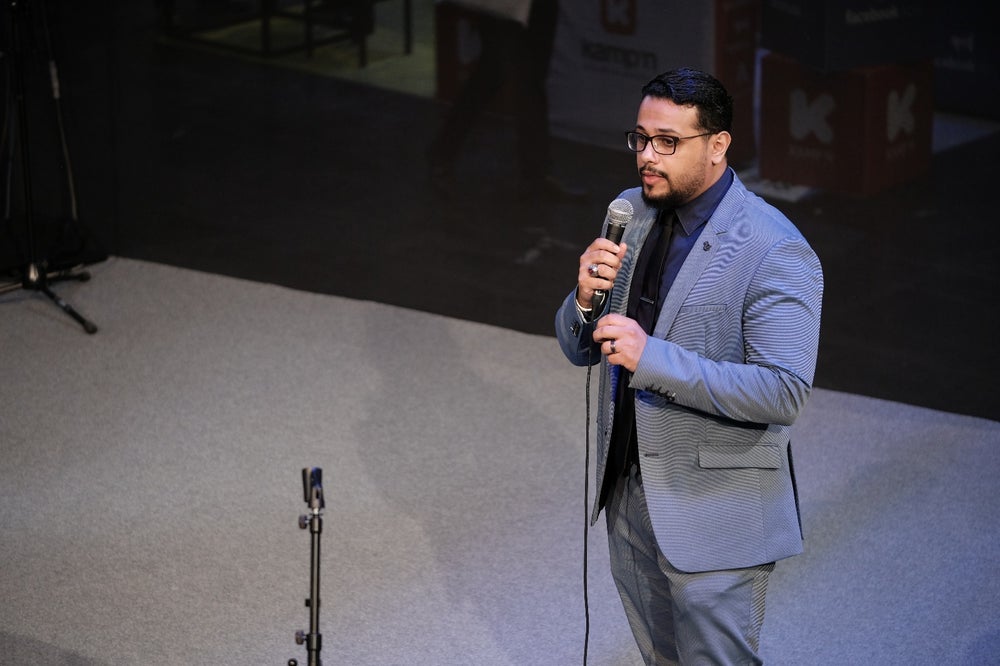 This is a problem that Lucidya focuses on solving with its platform, and that speaks to the company's specific understanding of the region's needs. As an entity dealing with brands producing content for the Arabic-speaking audience, Aseeri advises to "be original, authentic, simple and local" when it comes to social media messaging. Successful content tends to be the simple and customer-centric ones, with a common mistake being the misrepresentation of the common consumer: "[For example,] showing a non-native person in the image wearing the traditional thobe and shamagh in a very funny way. This shows that the brand either doesn't care enough about their consumers, or [is] too sloppy, or both. This affects the brand perception negatively."

As the startup gets set to move along with its growth trajectory, Aseeri echoes every entrepreneur's challenge of finding the right talent as a particular hurdle for the enterprise. With the company being heavily reliant on tech in a fairly nascent industry, the difficulty is in finding the right talent with the right set of skills. "The ones we found are too expensive (because of the competition around them), and/or don't want to risk by joining a startup," he notes. Lucidya is tackling this problem by hiring promising young professionals with high potential and passion, with the startup investing in them by providing internal and external training programs to attain skills at a level that would be valuable for the company. It's an indication to the region too- Aseeri describes the KSA ecosystem to be in its "infancy stage, but progressing fast," with a lot of improvements, in terms of more VCs, incubators, accelerators, and co-working spaces in the market.

Pointing toward recent investments closed by KSA-born startups such as Unifonic, Telfaz11, and Foodics, Aseeri says that there's a growing confidence from investors on Saudi companies. Plus, there's a clearer government support for entrepreneurship, with organizations like Monshaat and Badir to boost the ecosystem. As for improvements needed, Aseeri points out that business- friendly regulations and investor-friendly governance laws could be progressing better, but he remains optimistic that the Kingdom's Ministry of Commerce and Investment, Monshaat, and SAGIA are working towards improving it. As for what's next for Lucidya, Aseeri says that a fully revamped version of the platform is on the cards, which will have a new set of features to allow customers to access deeper insights about their consumers. There's also several initiatives in the works to increase their customer base in Saudi Aravia, with a long-term goal of expanding across the MENA region and other emerging markets. 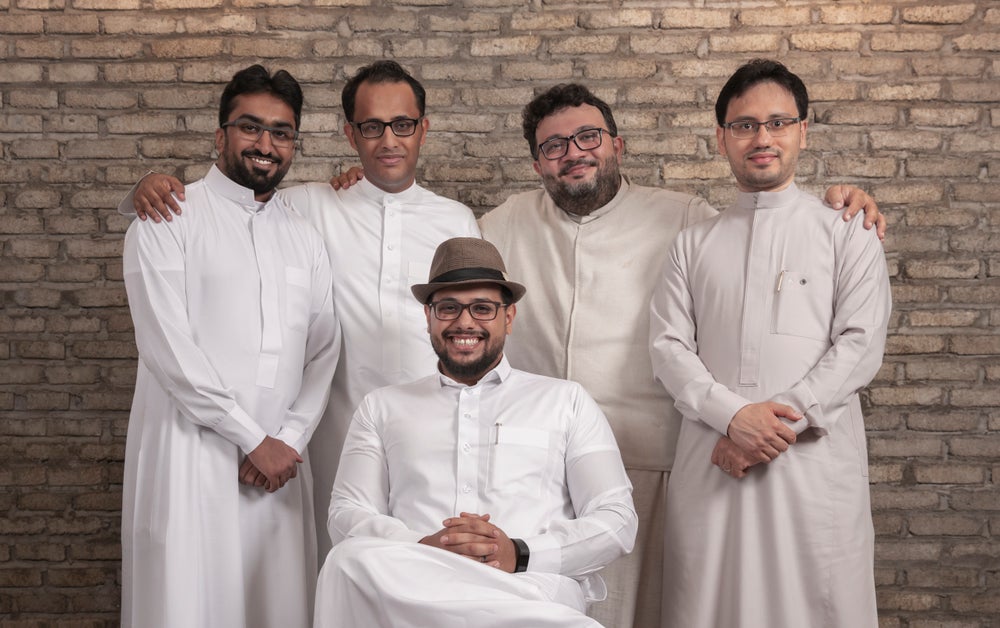 1. Agility matters "Be extra lean, because the market conditions and regulations are changing fast."

2. Be patient "Saudi companies, as well as consumers, are not considered early adopters. Make sure you have the stamina to reach the tipping point for your business."

3. Focus on future trends "Saudi Arabia is a country that is changing, and many things are either surfacing or disappearing with this change. So, don't be fooled by the current market size for a certain industry, because it might increase or decrease rapidly, depending on the trends in the Kingdom. Both entertainment and tourism, for example, are smaller markets but booming, unlike real estate, which is much bigger, but collapsing."