By Megha Merani
June 12, 2019
Opinions expressed by Entrepreneur contributors are their own.
You're reading Entrepreneur Middle East, an international franchise of Entrepreneur Media.

"If they ever tell my story, let them say I walked with giants."

It was, strangely, these words from the Greek epic, The Odyssey, that echoed in the back of my mind as I looked around at the audience of more than 250 startup founders and aspiring entrepreneurs at Entrepreneur Middle East's 2019 Enterprise Agility Forum as they welcomed Careem co-founder and CXO Magnus Olsson on stage with a standing ovation to deliver the opening keynote. Homer's eighth century mythological narrative of a warrior's decade-long struggle to return home famously defined the model for the heroic quest. And while (thankfully) not as dangerous as the warrior's tale, but possibly just as dramatic in it's own way, it has now become impossible to talk about the entrepreneurial ecosystem in the UAE or the wider Middle East region without mentioning the journey of homegrown Careem. Or as a version of Homer for startup founders might say someday: "Let them say I lived in the time of Careem."

The homegrown ride-hailing app that was acquired by global giant Uber for US$3.1 billion -the biggest ever tech deal for the region- now defines a new hunger for adventure and thirst to create in our ecosystem, with every founder likely dreaming of becoming a success story just like theirs. Of course, a couple of billion dollars wouldn't hurt either. But that's most definitely not how, or why, it all started. In one of his first appearances on stage since the landmark acquisition, Olsson told the audience at the forum: "The fact is, we didn't start Careem with the purpose of making money, we did it to do something purposeful."

Fueling the room with a new surge of confidence and inspiration, the former McKinsey consultant says it was a brain aneurysm that almost killed him that had led him to rethink his life's purpose and drove him to entrepreneurship as a more meaningful way to live. "In our industry, when it comes to transportation, we don't have a very well-developed public transport infrastructure in the region," he said. "Google Maps didn't have great coverage in the region when we started. Financial inclusion is not fantastic. 90% of women in Pakistan don't have a bank account. So, for an entrepreneur, this is an opportunity. And it's extra awesome, because if you are on this path of a purpose, doing your purpose in the region allows you to help the region. There is so much here to doand you can really make a big business out of it." 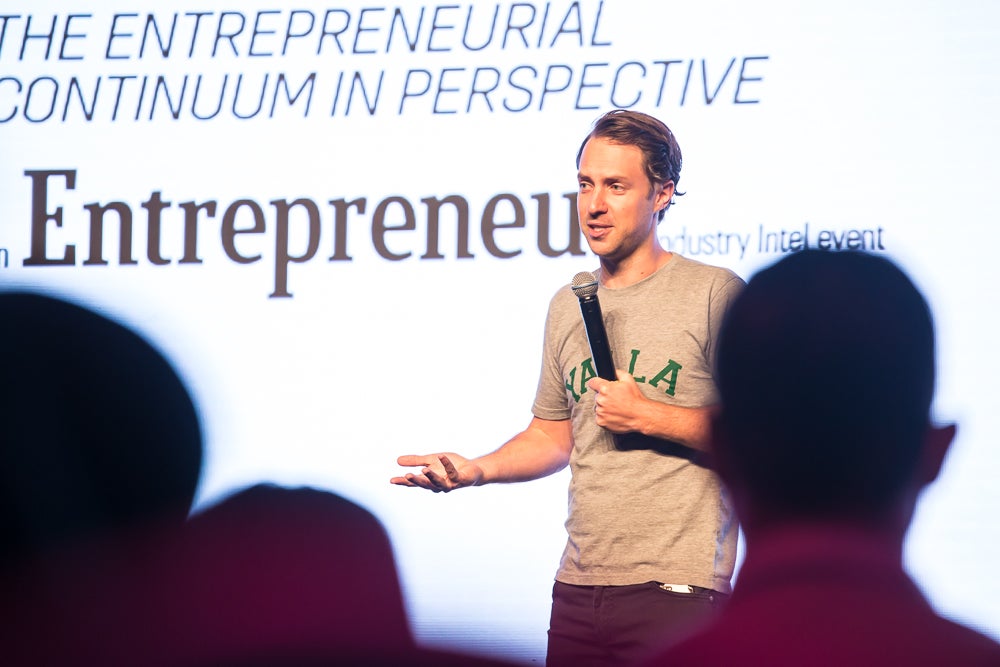 In the next 10 years, as more industries move online, there's going to be "a half-atrillion dollar annual revenue opportunity in the region," he noted. Olsson insisted that the region's startup founders are capable of competing on a global scale. "There is absolutely no reason why the region cannot do as amazing, fantastic things, as we can do in Silicon Valley," he told the forum's audience. "We can build unicorns from the region. We might call them uni-camels, but we can make them happen. When I look at what our teams are doing, for example, our data and AI team -how they're using machine learning and artificial intelligence to solve some really, really challenging problems- we are on par with the best leading-edge technology and talent, comparable to anywhere else in the world."

Reiterating his advice for entrepreneurs to "aim high," the Careem co-founder also shared anecdotes from the enterprise's early days. "When we started, people were like, 'Are you completely insane?'" he remembered, adding that Careem officially began operations on the first day of Ramadan in 2012. Six weeks later, the company won its first ride through its then website where customers could make pre-scheduled bookings. The customer experience on the six-week MVP [minimum viable product] was "great", Olsson said. "On the backend, we got an email, and that email was sent to a phone, and the phone had a very loud ring signal, so that we would wake up when that booking came in the middle of the night."

Related: Careem's Exit Is A Great Moment For MENA VC, But The Ecosystem Still Has Gaps 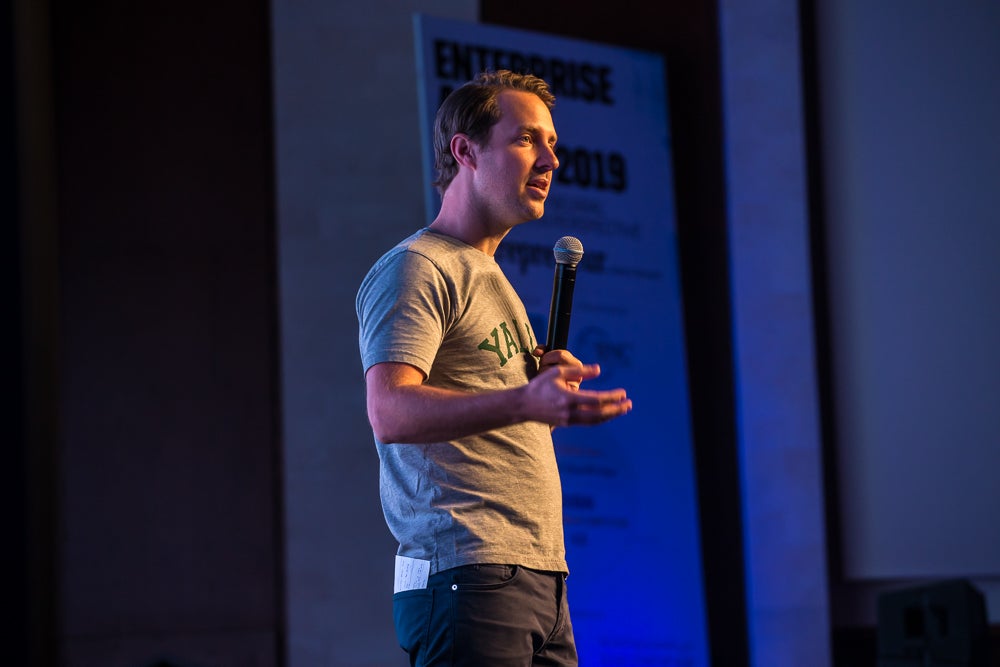 The team took turns sleeping with the phone, he recalled. "We had a list of 20 captains that we had met outside Dubai Airport going up and down the taxi line and we started calling them. 'Khurshid bhai [brother] are you free?' No. 'Hafiz bhai are you free?' No. 'Mahmoud are you free?' Yes! 'Ok we have a booking in two hours.'" As luck would have it, Careem's first booking came from Jumeirah Village Triangle, one of Dubai's newer community developments at the time that wasn't familiar territory for drivers. "Also known as the Bermuda Triangle - you go in, and you never come out," Olsson joked. Without any technology in the car, the team guided their chauffeur to the customer's location over the phone. Back then, Olsson says, every single booking had about 10-to-15 touch points, and it took about 30 minutes to handle per booking.

From then to now, the change has been drastic: "Today, we're doing like a million rides a day," Olsson said. With his enterprise's story as an example, Olsson advised entrepreneurs to simply start small, learn, iterate fast, be scrappy, dream big and aim high. "And then when you find a product-market fit, scale." But Olsson also noted that those that follow their dreams will hear a lot of people telling them they're crazy, much like he and his team at Careem did in its early days. But when such situations arise, Olsson urged founders to remember: "If you're motivated by a purpose, then that's the only thing that matters. Entrepreneurship [is] the path to doing something meaningful with your life, [and] the region is the most exciting place to do it in."