Staying Ahead Of The Game: Turab Saleem, Founder, Perfetti Hospitality

By Tamara Pupic
October 15, 2017
Opinions expressed by Entrepreneur contributors are their own.
You're reading Entrepreneur Middle East, an international franchise of Entrepreneur Media.

To leave a mark on the UAE's local hospitality scene, should one take a leap of faith by developing new dining concepts, or stick to importing tried-and- tested international brands? It's a question many are eager to find the right answer for. However, Turab Saleem, the founder and owner of Perfetti Hospitality, a Dubai-based hospitality company, has gone down both routes- and found success in each of them.

The local dining public might not have heard of Saleem, but he knows them all too well, having pleased them on many an occasion with both his homegrown concepts (Indian restaurant Ushna, and Persian cuisine-based Anar), as well as Michelin-starred chef- powered restaurants (Asia De Cuba Abu Dhabi, Gary Rhodes Abu Dhabi, and the new Toro Toro Abu Dhabi). As Saleem starts talking about his latest opening –the Latin restaurant concept Toro Toro at The Jumeirah at Etihad Towers in Abu Dhabi- he appears confident that his long-standing co- operation with the brand's owner, award-winning Mexican chef Richard Sandoval, will again be a fruitful one. Of course, this belief might stem from Saleem's more than two-decade-long hospitality career that has seen him working on over 68 projects valued at US$4.2 billion. Or it might be due to him possessing a solid knowledge of the industry- his route into hospitality was a conventional one that included obtaining a Bachelor's degree in Hotel Management from Swiss Hotel Schools, and Master's degrees from Cornell's School of Hotel Administration as well as New York University. Or it might be a certain personal trait -leniency- especially required when working with genuinely talented, but often unpredictable, celebrity chefs. 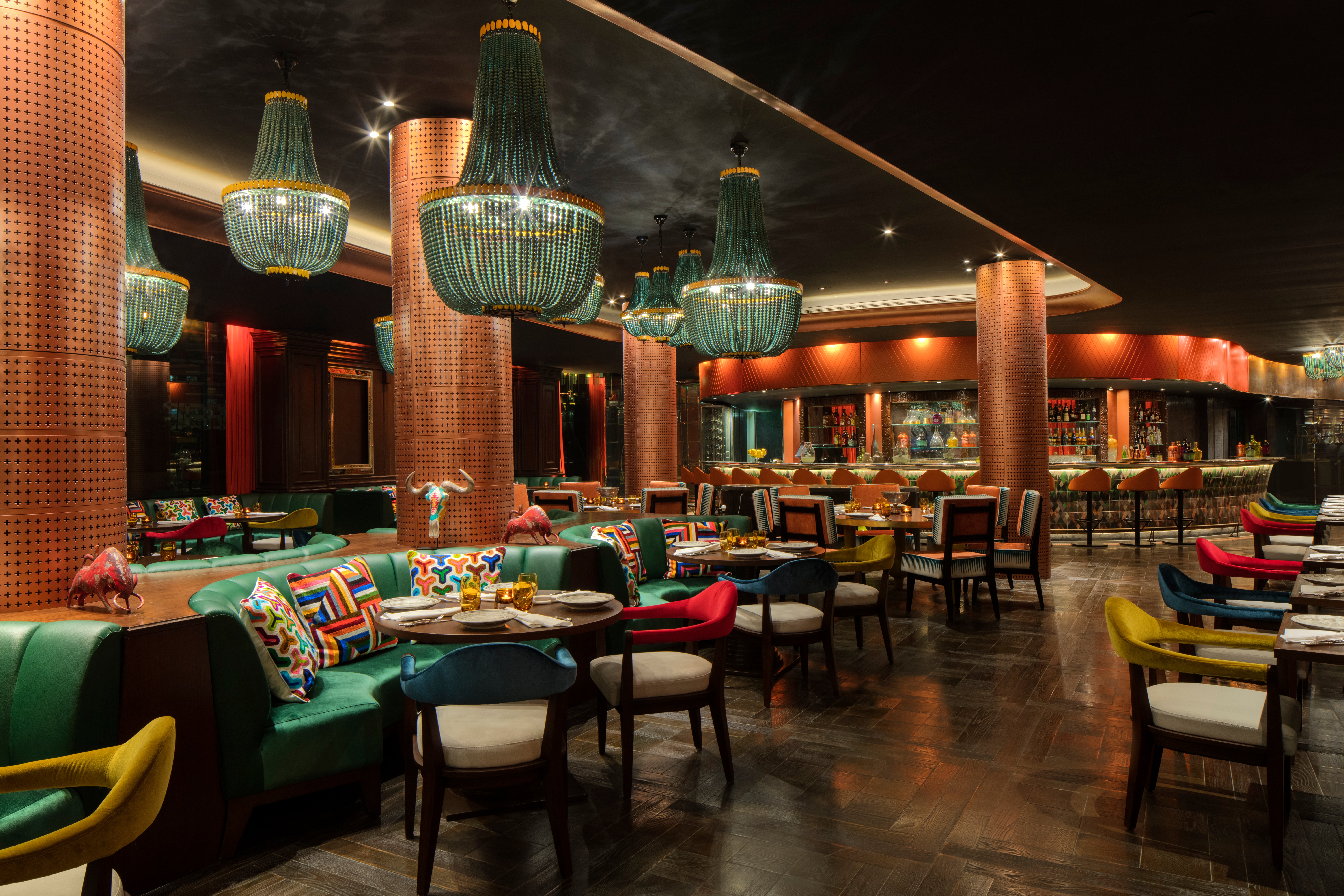 "There are some celebrity chefs you cannot even talk to," Saleem says. "They do what they want and that's the end of the story. I remember working with a chef a couple of years back who wanted everything silver-plated and gold-plated, and something handmade from Italy, and something from Japan. He got everything that he wanted, but when he had to deliver, he failed to understand the market, and thus delivered a menu that was not successful here at all. That was despite all our guidance, because he did only what he wanted to do. It was too difficult to communicate with him. Six months later, he was out of the hotel. Owners here are much nicer. Anywhere else in the world, they would sue the guy. So, here, restaurants are very young, and owners are nice, so they [chefs] get away with this. Otherwise, it is a crime. They will not listen to you until you make more sense than them. You should know more than them. That means that you need to travel more than them, and open more venues than them."

Working with those known for being able to ruffle a few feathers obviously requires a lot of patience, and Saleem displays just that. During our conversation in a noisy café at the Media One Hotel in Dubai, his attention is undivided- not for a moment does he scan over my shoulder in search of something more interesting. Discreet and clearly highly competent, he is focused solely on talking about his restaurants. Saleem goes on: "If you just copy and paste their knowledge from one market to another, it doesn't work. What works in New York might not work in Hong Kong or Dubai. They [chefs] come here, they are not prepared, and they don't know the local market, so they just copy paste the concepts from wherever they are coming from. That does not work in Dubai, when it comes to flavors, portions, finishing, plating, and so on. Every city has its own habits, likes and dislikes."

"One example is from one of my restaurants, Asia de Cuba," he says. "If you look at their plates and portions in New York and here, they are different. They are much bigger there, and the whole presentation is different. Here, people want a little bit more action, drama, sophistication. So, we literally modified the whole presentation. What happened then was that it was so successful that they implemented it in other markets. To achieve that, you need to know where your local market is right now and what the future trends are. However, it is not an easy adjustment, it is a very risky one. Most of those chefs will not listen to you. Due to [them] being overconfident, a number of them have failed miserably. To make them believe in you, you need to know a lot. We are lucky that we have been in the industry for so long, and we now understand this. We have a wealth of local market knowledge that is hard to bring on the table." But Saleem notes that Richard Sandoval is different –"he goes with the market"- and that is the key to his success, he says.

With respect to the locale, Saleem points out that it is the UAE's ability to advance the foodie conver- sation, and place its stamp on the world's culinary map that has lured many celebrity chefs to this part of the world. "There was a time when I used to travel to these destinations to learn something about my field, but now we are there," Saleem says. "Today, if I go to Singapore or Shanghai to learn something, there is not much I can get out of it. Basically, now they are asking questions. We are among the top destinations, people here are very international, they love to try new things because they travel a lot. Also, we have up to 25 world-class chefs working in the UAE. That has a big impact on taking the standards, quality, and image of the food and beverages sector here to a different level. They would never come if Dubai wasn't a happening place. They are here because they see that their image is well-polished in this city."

Looking at statistics, this comes as no surprise- the region's hospitality industry is booming. It should reach a market value of $36.7 billion by 2020, according to Euromonitor International. In the UAE alone, much of that growth is driven by increas- ing population and rapidly Toro Toro Abu Dhabi was opened at The Jumeirah at Etihad Towers in September growing tourism industry, with just one international event, Dubai Expo 2020, expected to draw in 20 million visitors. KPMG's 2016 UAE Food & Beverage Report predicts that at least 19,000 F&B outlets will open by 2019. According to Saleem, the fate of many of them will depend on one decision -the choice of location- and if they take note of the fine print. "I would say that waterfront locations are doing well," he says. "The reason is that because for half of the year, you can't go out, but once the weather is good, people like to sit out and next to the water. But you also need to take into account your neighborhood, your accessibility, and so on. Any location that has a liquor license is more expensive, and all the locations with high footfall are expensive, but that is also a trap. You look at the footfall and end up paying high rent, but the day the market goes a bit slower, you then start work- ing for those landlords only. You don't make money at all. Also, the people who are new to this don't know how to read the contracts which are so tricky. They will show you a low rent, but then there is a 2% fee for this, 1% fee for that, and so on. When you start paying the rent, you realize that you are liter- ally paying double because you could not understand the contract. I've just read a contract for my new project which states that for an opening party, I need to pay them AED50,000. Why should I pay something to them when it's my opening party?" 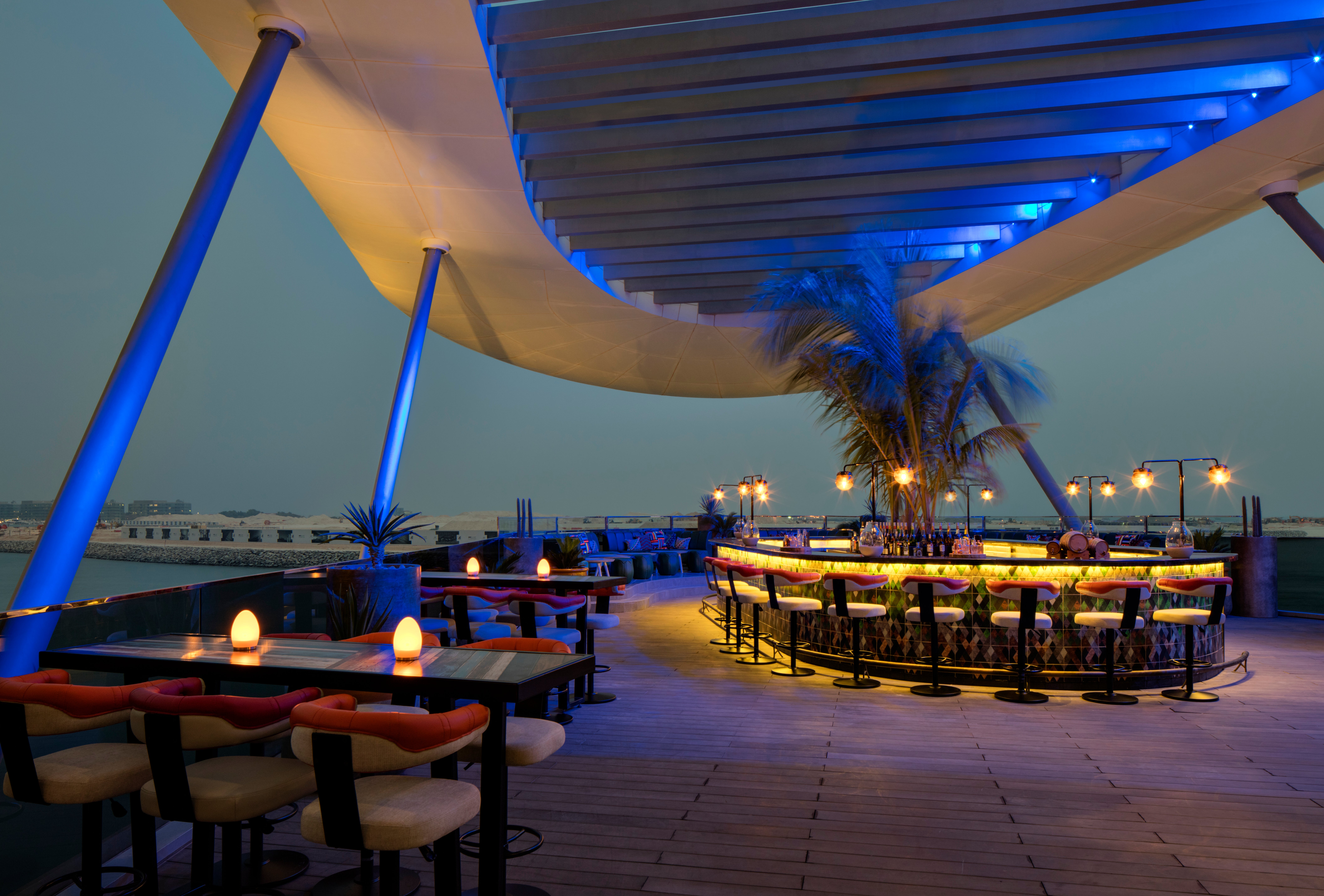 Saleem notes that in the UAE, opening a five-star quality restaurant with a Michelin-starred chef costs north of AED20 million. To open his last three restaurants, the bills amounted to AED25 million each. When it comes to profitability, however, today's market is tough, he says. "With some of our restaurants, we managed to breakeven in the third year," Saleem adds. "They were open in good times, but now it is a bit challenging. I believe it will take longer, four or five years. Yet, if you click with the market well, the ROI can come much quicker. If you don't click, there is no ROI, you just pack and go home. The failure rate in our industry is extremely Snappcard users have collected 4,000 snaps or points per day, resulting in US$2.2 million worth of rewards to date. About 50% to 60% of new restaurants cannot cross the first year."

Over the past few years, chef-driven restaurants have faced an additional threat- the rise of homegrown concepts. "Most restaurants located in hotels, are suffering big time because free-standing restaurants are taking over at the moment," Saleem says. "The entrepreneurs behind these restaurants are very direct, they are aware of new trends, their approach is aggressive, so hotels are losing to them." This trend will continue. The country's most anticipated event -Dubai Expo 2020- will open further opportunities for F&B entrepreneurs and SME owners. From October 2020 to April 2021, the event is expected to generate AED2 billion in onsite food and drink sales. Participating vendors are expected to serve 85,000 every hour at peak times, while additional five million meals will be required by the Expo 2020 Dubai workforce. As we conclude the interview, Saleem speaks at great length to share a piece of advice for all of them. "With a worldwide-known brand, the immediate recognition from the market is there, whereas with homegrown concepts, it takes a little bit of time to make it right, to tweak it, and introduce it to the world," he says. "For example, Sandoval has been in business for nearly 40 years. He has refined his concept to a very high level. It is not easy for a new person to get that knowledge and experience. When we combine his and mine experience, it is a bonus to us. So, the lack of knowledge and experience does add a lot of challenges to a new brand. You need to do your homework well, and get an experienced team on board. Even if you get your food and beverages right, you are still half way. The rest is about your PR and marketing, that is extremely important. Overall, it is a complex set of activities to put everything together in the right way. My advice is to take advice from somebody who has done it, to walk you through the process."

"A very important point is: don't listen to your personal likes and dislikes," Saleem adds. "That is the last thing you want to do. Restaurants fail, because owners follow this. If one was a chef before, he tends to forget other important parts, and focuses only on food. If one was a designer before, he focuses on interior design, and forgets everything else. If you do follow your own likes and dislikes, make sure that you have a solid reason for that, and that it is connected to your target market. Otherwise, your restaurant will be empty. But once you have established one or two successful restaurants, then it is about copying what proved right."