Cleantech Entrepreneurs: Where Are You?

As various elements of the ecosystem are starting to coalesce for cleantech, we need innovation-driven entrepreneurs who can bring together the power of science with a scalable business model

By Deepak Upreti & Srivardhini K. Jha
March 11, 2022
Opinions expressed by Entrepreneur contributors are their own.
You're reading Entrepreneur India, an international franchise of Entrepreneur Media.

The United Nations Intergovernmental Panel on Climate Change has recently released its second tranche of the sixth assessment report on 28 February, 2022. The 3,600-pluspaged long-winded report presents findings that we are already aware of, except that the climate change crisis may perhaps be getting worse, and to a large extent, irreversible. Keeping pace with the United Nations'"Race to Zero"campaign, governments from across the world have made bold commitmentsto achieve net-zero emissions in the future. Take India, for example, which has committed to a net-zero carbon emissions target by 2070. If countries worldwide are to achieve these goals, all industries alikemust undergo a radical transformation by switching to clean technologies.Cleantech is an umbrella term encompassinga wide variety of environment-friendly practices and technologies(for example, energy generation and management, transportation, water and waste, recycling, etc.) spanning manufacturing, agriculture, and other sectors.This emerging trillion-dollar industry has opened up a plethora of opportunities. While governments and large corporations will continue to do their bit to make these commitments a reality,we need the disruptive power of cleantechstartups to solve the "net-zero equation".

Historically, the globalstartup ecosystem has been tentativeaboutsolving big planetary challenges. In 2011, after the collapse of solar tubes manufacturer Solyndra, the flurry of investments in the seemingly hot cleantech sector dried up rather quickly and it was dubbed to be "a noble way to lose money". After all, VC investors had ploughed in $25 billion into the cleantech sector and lost over half of it.However, the renewed spotlight on cleantech in the global arena is setting the business world onto a new trajectory. The global clean energy space has seen 43 Unicorns since 2015, with more than 65 per cent of them entering the Unicorn league in 2021. In addition, startups founded in or after 2017 have achieved Unicorn status in less than four years.The industry has matured, and unlike the bubble that prevailed at the beginning of this century, cleantech companies seem poised for scale and long-term growth. A report from McKinsey estimates $1,400 billion-plus in annual investments by 2025 in sub-sectors including electrification, agriculture, power grid, hydrogen and carbon capture alone. Bill Gates says, "There will be, you know, Microsoft, Google, Amazon-type companies that come out of this space," and true to his word has launched Breakthrough Energy Ventures, a $2 billion investor-led fundthat seeks to build cutting-edge companies and advocate speed innovation from lab to marketto help get the world to net-zero emissions. 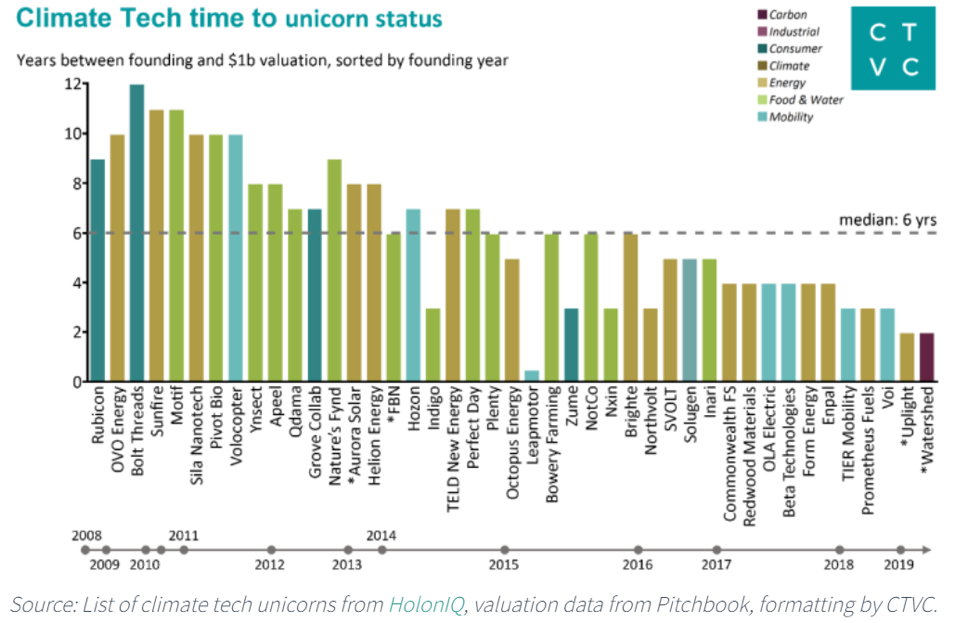 In contrast to the global scenario, the cleantechspace in Indiais rather muted. Though Indiahas the third largest and the fastest-growing startup ecosystem in the world, it has only a handful of companies in cleantech, mostly limited to mobility and energy management. Ola Electric is the only startup from India to feature in the global Unicorn list of these disruptivestartups. It seemsthere is an immense opportunity for entrepreneurs,waiting to be unlocked, which begs the question: what's holding the entrepreneurs back? The answer lies in how the cleantech space is "positioned" in the minds of entrepreneurs and investors to be replete with risks, with the top-most of them being an insignificant total addressable market. Add to it the high capital costs of incorporation and operations, lack of access to dedicated venture capitalists and limited availabilityof top-notch technological talent.

Enduring solutions to these issues plead for an ecosystem of innovative entrepreneurs, patient capital from VCs/investment firms, and a host of incentives from the government that create an environment with a vision and commitment to change the world for the better. In the last year or so, some of this starting to come together. Multinationals such as Reliance Industries have laid down ambitious plans to invest $65 billion-plus in the green energy business, catalysing this space. CDC has invested $70 million in India's first dedicated climate change investment fund; Capital A has launched a $10 million cleantech fund, and impact investments like Harsha Moily's $200 million fund for Cleantech are creating a robust financial infrastructure to support cleantechstartups. But more needs to happen. In addition to formulating progressive regulations, the government needs to take the lead in procuring the products and services of the cleantech industry, opening up and expanding the total addressable market. Once market access and financing fall into place, the best technical talent from across the globe can be attracted to the ecosystem.

As various elements of the ecosystem are starting to coalesce for cleantech, we need innovation-driven entrepreneurs who can bring together the power of science with a scalable business model to build investor confidence, make a real impact,and become the next Redwood Materials or Uplight for India. Mukesh Ambani says, "I foresee at least 20-30 new Indian companies in the energy and tech space which will grow as big as Reliance, if not bigger, in the next 10-20 years."Entrepreneurs, are you listening?