The Significance Of Startup Acceleration In Developing Economies

Acceleration tends to be linked to more success in fundraising, revenue, and employee growth

By Mona Singh
September 25, 2018
Opinions expressed by Entrepreneur contributors are their own.
You're reading Entrepreneur India, an international franchise of Entrepreneur Media.

As demonstrated by the sheer quantity and quality of studies, research, and literature on the subject, the role of SMEs in growth and development of contemporary third world economies is a universally accepted fact all over the academia. Small and medium enterprises, the dominant form of economic activity in developing countries are the main providers of jobs, such as supplying basic goods and services in low income or isolated communities.

A central role is being performed by popular governments for fostering economic growth via the proliferation of SMEs, which includes carefully articulated programs, policies and instruments for supporting the development of micro, small and medium enterprises.

One of the mechanisms employed to nurture small firms is that of acceleration, right from Series A funding to the attainment of market success. Accelerators assist startup ventures to become fully operational and sustainable enterprises, particularly in the developing economies. The primary role of a startup accelerator is to bridge the gap between newly founded SMEs and their potential investors. The goal is twofold: for investors, it is to make available a carefully vetted set of firms with the potential for high return on investment with reduced risk of outright business failure; for participating firms, it is to speed their entry into markets with innovative and profitable products.

Accelerators are crucial for sustaining the high levels of growth attained by some of the developing economies such as India, China, Kenya, Ghana, Ethiopia, Indonesia etc. It certainly isn't a far-fetched proclamation, that without the necessary acceleration developing economy ventures, more often than nought, fail to attract investments consistent with their underlying promise!

Startups in developing economies fall short of reaching their optimal potential, and this has been substantiated by the recent in-depth studies conducted by Galidata and Harvard Business Review. According to research, venture enterprises in developing economies that were admitted to accelerator programs proportionately performed better than their rejected counterparts. 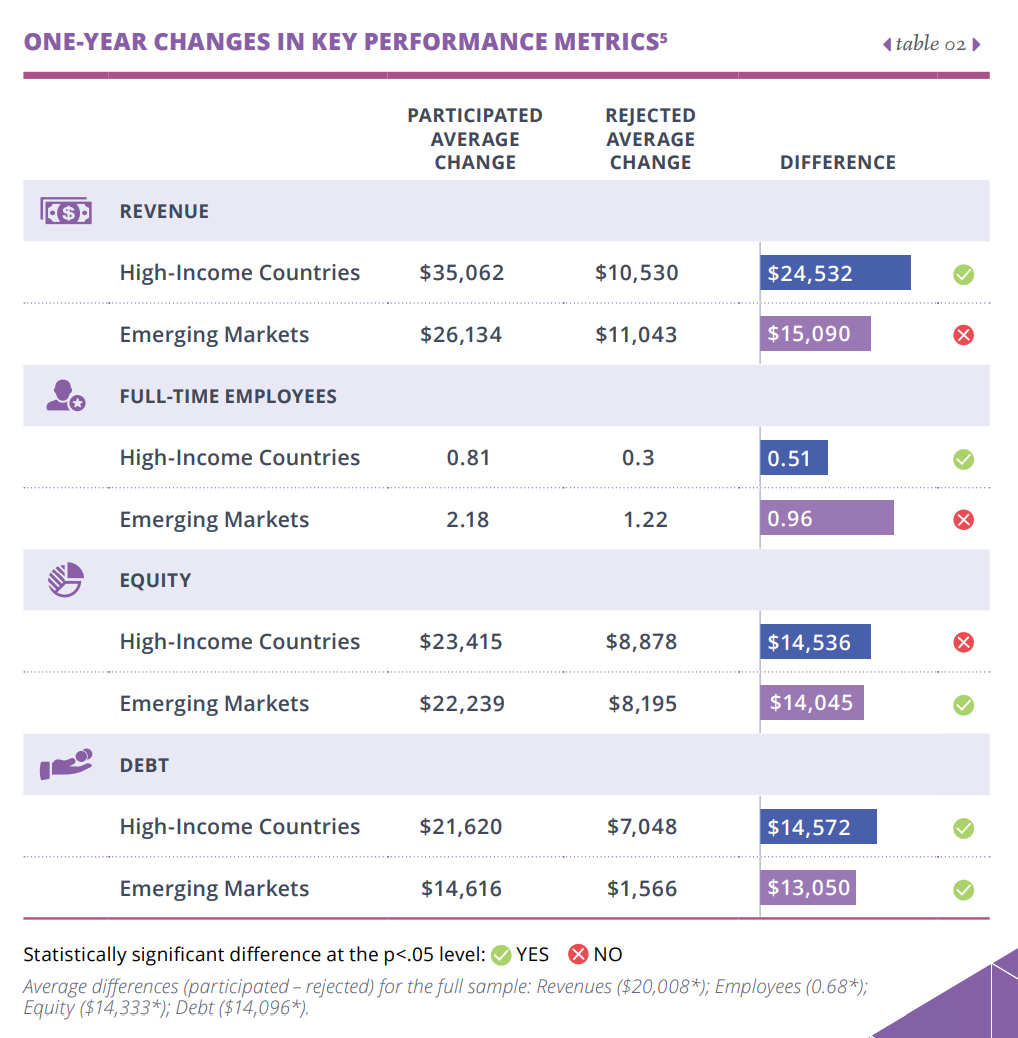 Accelerators perform a very important function for growth in developing economies, that of assisting the newly founded companies on aspects of investment readiness. Networks of obligations and relations with foreign investors interested in putting their monies in developing economies can be tapped into via associations with accelerators, thereby encouraging young entrepreneurs for enrolling into accelerator programs.

In developed economies, the private sector accelerators typically offer an equity investment in the form of seed funding (in addition to mentorship and other services), which is usually in exchange for a percentage ownership of the resulting firm. Contrary to this, the relatively low availability of equity investment in developing economies has impelled entrepreneurs to join accelerators programs as a probable path towards raising funds for their business.

Differences Between Various Economies and Their Funding

It is a widely held belief that entrepreneurs in developing economies have different needs as compared to those from developed nations. Take this, however, with a pinch of salt, as extensive research have failed to corroborate this and the judgement is one of ambivalence. With adequate mentoring and proactive guidance, accelerators tend to imbibe a zeal for creating far-reaching solutions that embrace worldwide aspirations and businesses for the international scene. This plays to the advantage of third world country entrepreneurs, as global solutions reportedly garner much more investment and acknowledgement from investor communities, as compared to localised solutions which are often deemed to fail!

Accelerators help with narrowing down the equity gap between ventures in developing economies and those in a high-income country. The table presented below elucidates the closing of "rich-poor" gap by startup accelerators with respect to equity investment. From the table below, developing economies ventures report just under 60 per cent of the average equity raised by high-income country ventures. Furthermore, as the average increment is almost the same for the economy-wise groups, the developing economies deficit narrows only slightly upon program completion. The difference between the two is negated to an extent by acceleration. 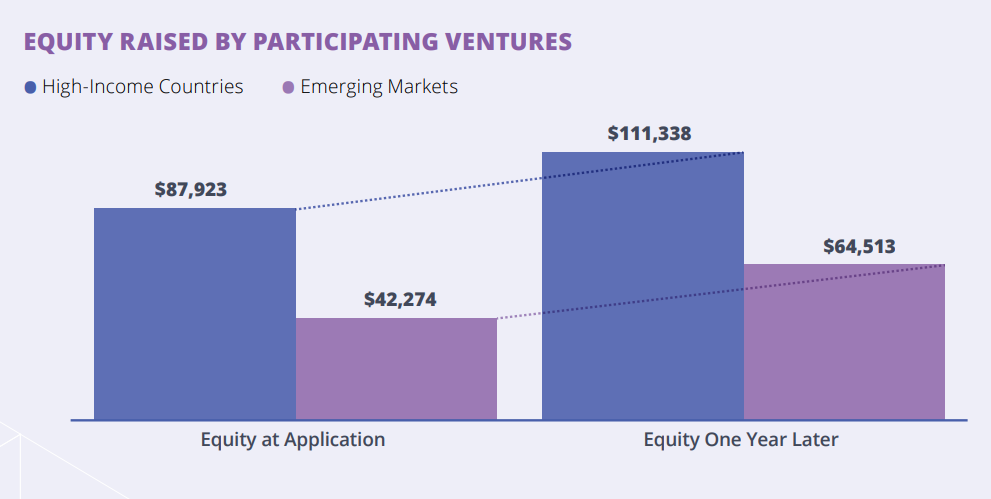 The inherent cultural bias with respect to investing in developing economies is a very crucial element that is being increasingly addressed via startup acceleration. Interviews with investors reveal explosive insights, such as the existence of a potentially global startup idea but the lack of entrepreneurial experience becoming an excuse for shying away from investing in developing economies.

The data backing the judgement is clear, that on average, participating in an accelerator tends to be linked to more success in fundraising, revenue, and employee growth. Newly founded companies backed by accelerator fare better than non-accelerated ones at attracting investment feature robust growth in terms of revenue as well as employment opportunities provided. And while there are some differences between developing and developed market ventures, the above finding remains true on the whole for both groups.

A formidable catalyst for promoting inclusive growth in developing countries, Entrepreneurship powering over 300 SMEs provide opportunities for community and localised development in a myriad of ways. From various developing regions, there is evidence that accelerator initiatives help promising entrepreneurs launch their business and succeed. However, accelerators still do not exist in most developing countries, especially where they could make the most dramatic difference in the development equation. The coming decades of accentuated neoliberal globalization and market expansions is poised to alter the ecosystem. And with it, hopefully, the label of "Developing Economies' from the market structures of third world countries.